A Virginia Democrat called Trump a ‘narcissistic maniac.’ And he’s not the liberal in the race!

The eyes of the national media – and national donors – are on the June 20 special election runoff in Georgia’s 6th district between Democrat Jon Ossoff and Republican Karen Handel. But a week earlier, Virginia Democrats will choose their party’s gubernatorial nominee – a primary race that may ultimately tell us more about the national playing field and the state of the Democratic party than the contest in Georgia or anywhere else.

At root, the race in Virginia mirrors the unfinished fight of the 2016 Democratic presidential primaries between the pragmatic establishment and the ideological left. In 2016, that was Hillary Clinton versus Bernie Sanders. In 2017, it’s Lt. Gov. Ralph Northam versus former Rep. Tom Perriello.

Northam started the race with a clear headstart – financially and organizationally. As the sitting lieutenant governor, he had much of the backing of the party establishment; Terry McAuliffe, the sitting governor, Tim Kaine, the last governor and now a senator, and Mark Herring, the Commonwealth’s Attorney General all endorsed Northam last year.

That trio of endorsements was meant to be a show of force that closed out the possibility of a Perriello candidacy – or a run by anyone else.

But as we saw in the Clinton-Sanders fight, the establishment’s ability to dictate its wishes to its base is very, very limited. Perriello ran relentlessly to Northam’s left, casting himself as the candidate of the Sanders and Elizabeth Warren wing of the party.

In fact, Perriello’s closing ad – released Monday – features Warren delivering an extended testimonial to Perriello’s commitment “to make change, not for the richest or the most powerful, but….to make this economy work better for hard-working families.”

And, it’s working. In a Washington Post poll conducted in mid-May, Perriello was at 40 percent to 38 percent for Northam.

If you needed more evidence, just check out how the message Northam has settled on in the race.

Northam began running ads in early May in which he, as a doctor, offers this “diagnosis” of President Trump: “I’ve been listening carefully to Donald Trump and I think he’s a narcissistic maniac.” 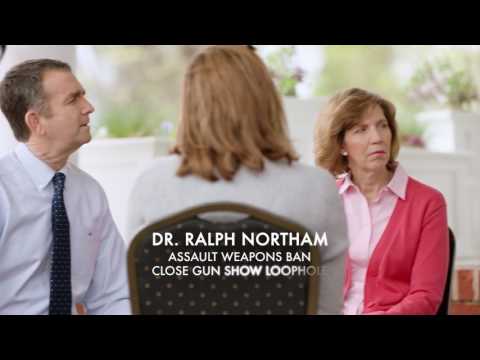 Calling Trump names is one thing. But offering a diagnosis of his psychiatric state feels like something different to me.

The lesson here is a simple one: It’s impossible to be “too” anti-Trump for Democrats at the moment. Short of posing with a fake Trump head in your hand, Democrats are ready to believe and get behind virtually any negative assessment of his presidency. The more negative, the better. If Perriello wins next Tuesday, that should be the takeaway for every Democrat running in a primary race between now and next fall.

The question going forward will be how hard Perriello would go at likely GOP nominee Ed Gillespie over Trump in the general election. My guess? Very hard.

And, if Perriello wins on that message, Democrats across the country will take it as a blueprint for how to regain their footholds not just in Congress but in governor’s mansions around the U.S.: Blast Trump – and blast him hard.