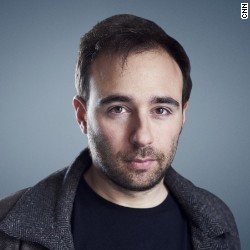 Yascha Mounk: Donald Trump's tweets in reaction to the terror attack in London are deeply disturbing

They indicate how Trump might react if a crisis erupted in the United States, Mounk says

Editor’s Note: Yascha Mounk is a lecturer at Harvard University, a senior fellow at New America and the host of “The Good Fight” podcast. He is the author of the new book “The Age of Responsibility: Luck, Choice, and the Welfare State.” The views expressed here are solely those of the author.

Not long after his city was hit by a horrific terrorist attack, Sadiq Khan, the mayor of London, announced that “Londoners will see an increased police presence today and over the course of the next few days. No reason to be alarmed — one of the things the police and all of us need to do is make sure we’re as safe as we possibly can be.”

Within hours, the President of the United States was trashing the mayor on Twitter.

When his Tweet caused widespread outrage across Great Britain and beyond, Donald Trump had every opportunity to backtrack, thereby defusing a completely needless confrontation with America’s closest ally. Instead, as might only be expected on the sad record of the last months, President Trump decided to double down. “Pathetic excuse” by the mayor, he tweeted today.

This latest storm in a teacup shows just how dangerous Donald Trump’s utter disregard for the most basic norms of democracy (not to mention international diplomacy) is. For his reaction to the terror attack in London is a deeply disturbing augury of how he might react if a crisis erupted back here in the United States.

That’s why, as I’ve been trying to digest the President’s consistently unpresidential behavior, I’ve become obsessed with three crucial questions.

Would Donald Trump tell the truth about a terrorist attack on American soil?

Conspiracy theory has always been with us, and it has always been the realm of cranks. All through American history, some smart-ass knew who really killed Abraham Lincoln, or John F. Kennedy, or the victims of 9/11.

But now it is the commander in chief himself who is willing to use his bully pulpit to spread “alternative facts.” If Trump is willing to spread unverified information about a terrorist attack in London, or to twist the words of London’s mayor to score a petty political point, will he be able to resist the same temptation when an even bigger opportunity presents itself back home?

We do not know.

Will Americans believe what Donald Trump tells them in an emergency?

Let us assume, for the moment, that Trump will act more responsibly when an emergency hits the United States than he has done when emergencies have hit America’s allies: Amid the chaos of a spiraling crisis, he would then take to his Twitter account to reassure his fellow citizens. “EVERYTHING UNDER CONTROL!!” he might tweet. “No reason to be alarmed.”

Will Americans believe him? Or will his lack of credibility result in needless panic and confusion?

We do not know.

Will Donald Trump refrain from using an emergency for partisan purposes?

It would be bad if Americans did not believe the information coming from the White House in the case of an emergency. It would be worse if the President went so far as to tell brazen lies while America is suffering from a serious crisis. But it would be worse still if he exploited an emergency as an opportunity to start walking his dangerously anti-democratic talk.

Over the last months, Trump has called the press “enemies of the American people.” He has attacked judges as un-American. He has railed against the country’s security services. But, with the exception of his scandalous firing of James Comey, Donald Trump has mostly refrained from actually undermining the power of independent state institutions, or from disregarding the adverse rulings of the courts.

American history suggests that a major crisis would give Trump both the pretext and the occasion to jettison this one kind of restraint he has mostly practiced so far: It was at times of massive insecurity that previous presidents have ignored the writ of habeas corpus, or ordered the internment of Japanese-Americans. So: Will Trump be able to resist the authoritarian temptation of using a terror attack to expand his powers? Or will he stoop to his lowest instincts when he faces the most dangerous days of his presidency?

We simply do not know. And that’s the most worrisome thing of all.