How Bill Cosby’s TV family has supported him

Some of his costars have supported him in the past

All eyes were on Bill Cosby Monday morning when he arrived at a Pennsylvania courthouse arm-in-arm with Keshia Knight Pulliam, the actress who played his youngest television daughter, Rudy Huxtable, on “The Cosby Show.”

The embattled actor even tweeted a photo of the two of them from his verified account captioned, “Thank you to Cliff and Claire’s 4-year-old daughter (Rudy) and the Brilliant Spelman Alumnus.”

Thank you to Cliff and Claire's 4 year old daughter (Rudy) and the Brilliant Spelman Alumnus#TheCosbyShow#KeshiaKnightPulliam pic.twitter.com/5Ax9OiCjPV

But Pulliam is not the first “Cosby Show” cast member to show support for the now tarnished star.

The 79-year-old entertainer has been charged with drugging and assaulting former Temple University employee Andrea Constand at his home in 2004.

More than 50 women have accused Cosby of sexual assault, but Constand’s case is the only one recent enough for criminal prosecution.

After Cosby went from “America’s dad” to alleged sexual predator, his reputation took a major hit.

Pulliam was only 5 years old when she landed her role on “The Cosby Show.” The world watched her grow up on the popular NBC series over its eight seasons.

In 2015, Pulliam told “Today” the allegations against her TV father weren’t consistent with the man she knew.

“You know, it’s an unfortunate situation,” she said. “And it’s kind of still the same for me, because that was never my experience with him.

That same year, Phylicia Rashad, who played Cosby’s wife on the series, publicly defended him in an interview with ABC news, even as more women were coming forward with allegations of assault.

Rashad called Cosby a genius and said she viewed the allegations against him as an orchestrated attack to undermine his legacy.

The comedic actor had become well known for not only his film and television work, but also for his support of civil rights and his philanthropic gifts to historically black colleges and universities.

Rashad and Cosby were so beloved as a TV couple, they teamed up again as husband and wife in the CBS series “Cosby,” which ran from 1996 to 2000.

In 2016, the New York Times described Rashad’s relationship to fame as “complicated,” as a result of the charges against Cosby.

Malcolm Jamal Warner played Theo, the only son in the fictional Huxtable family.

During a 2015 interview, the actor said it upset him the “Cosby Show’s” legacy had been tainted because of the controversy.

“My biggest concern is when it comes to images of people of color on television and film, no matter what … negative stereotypes of people of color, we’ve always had ‘The Cosby Show’ to hold up against that,” he said. “And the fact that we no longer have that, that’s the thing that saddens me the most because in a few generations the Huxtables will have been just a fairy tale.”

Still, during a 2016 appearance on the daytime talk show “The Real,” Warner refused to condemn his former castmate. 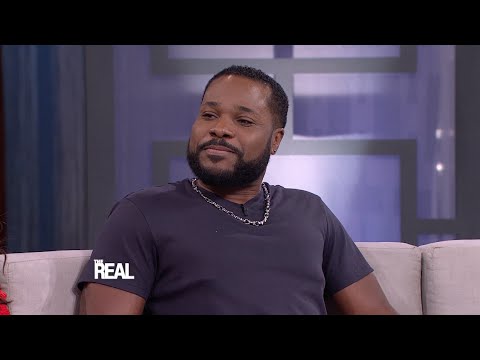 “I am in no position to defend him, because I can’t,” Warner said. “But nor will I throw him under the bus.”

He described his admiration for Cosby’s many accomplishments, while grappling with the allegations against him.

“I am not going to toss all of that away, at least not yet,” Phillips wrote. “It seems to me that one should be able to look with sober eyes and yet hold on to those elements of substance that are both true and comforting.”