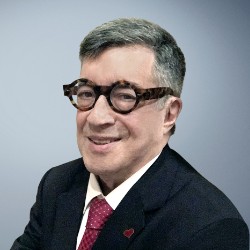 David A. Andelman: By exiting climate pact, Trump has isolated US from rest of world

Andelman: Worse, he has undermined trust in US ability to keep its promises, honor treaties

Editor’s Note: David A. Andelman, member of the board of contributors of USA Today, is the author of “A Shattered Peace: Versailles 1919 and the Price We Pay Today.” He formerly was a foreign correspondent for The New York Times and CBS News. Follow him on Twitter @DavidAndelman.

“America First” is becoming increasingly America alone. Somehow, Donald Trump has managed, with a single, desperate and ill-conceived stroke, to sever the United States from the rest of the world.

I was astonished 18 months ago to witness at the Le Bourget conference center outside Paris the extraordinary spectacle of nearly 200 countries actually agreeing on one central aspect of life on our planet – the need to control the pollutants that are wreaking havoc on our decaying atmosphere and our climate.

Suddenly, now, it’s the United States against everyone else on Earth.

It didn’t have to be that way. Short of a total withdrawal – an in-your-face slap to every world leader who signed the COP21 climate accord – were any number of half-measures. Indeed, Trump had already taken several of them.

He effectively neutered the Paris Agreement through a series of executive orders, including his March 28 order that directed the Environmental Protection Agency to begin the process of withdrawing the Obama-era Clean Power Plan and reviving the nation’s coal industry. “C’mon fellas,” Trump beamed triumphantly to a group of coal miners at the signing ceremony. “You know what this is? You know what this says? You’re going back to work.”

This assumed there’d be many customers for the coal these workers would now be authorized to mine. But, according to a CNN report this week, there has been no boom in coal jobs since the signing of the executive order.

Notably, the climate pact did not require formal national ratification as a treaty. It might not have gotten through the Senate, even back then. But it would have been more difficult to abrogate unilaterally, as the President has now done, since only Congress would have the power to retire from a formal treaty it had ratified.

Indeed, there are no formal penalties for nations that violate COP21. Even so, it would be impossible for the United States to formally withdraw from the pact before November 2019 unless it also withdrew from the UN Framework Convention on Climate Change – effectively thumbing our noses at not only climate change but the entire UN process, sadly not an impossible eventuality.

We might have been able to survive a hostile NATO, even a skeptical G7. But consider the consequences of our reneging on our commitments to COP21. Let’s start with boycotts of goods from America produced in climate-denying factories, even tariffs against all such products; denials of American companies seeking to acquire or partner with foreign firms in virtually every industry. There would be considerable motivation to have World Trade Organization rules restructured to make certain that no companies from the United States would ever again be able to do business in the international marketplace. To date, more than 300 American companies have already gone on the record opposing withdrawal, including Tesla’s Elon Musk pledging to withdraw from all Trump advisory councils.

Related Article Americans know the climate is changing. Do they care?

None of this is likely to happen immediately. Seas will not begin to rise uncontrollably. We can manage our sharply increased intensity of dramatic weather events. We can even – as millions of Chinese must do – breathe through masks when pollution become heavy enough to cut.

But when might we really begin to worry about our position on the planet? Just hours before the President’s Rose Garden speech, the European Union and China announced they’d be teaming up: “Our successful cooperation on issues like emissions trading and clean technologies are bearing fruit. Now is the time to further strengthen these ties to keep the wheels turning for ambitious global climate action.” Still, in the wake of the Trump decision, the United States risks being labeled “America the Ugly,” while scientists, motivated by their own desire to preserve the deteriorating environment, will be accumulating any possible evidence of our contributions to the global environmental crisis.

Recall, for a moment, Chernobyl. When the atomic cloud from the catastrophic meltdown of that Soviet nuclear plant in Ukraine began drifting westward across Europe and the entire Northern Hemisphere, the Kremlin remained unresponsive. The Soviet Union suffered an international ostracism that took years to repair. And that was a single cloud from a single event.

H.R. McMaster, the White House national security adviser who has morphed almost overnight from a respected general and global thinker to a Trump apologist, observed with fellow White House adviser Gary D. Cohn after the President’s first trip across Western Europe that “America first does not mean America alone.” Clearly both had little understanding of what awaits our country on the global scene once it sinks in what Trump’s actions are doing to the rest of the global population – the air and water we all breathe and consume.

For there is a far broader and deeper issue at stake here. The question now is one that even German Chancellor Angela Merkel danced around after Trump’s comments at NATO. How can any nation ever trust America again? If America’s elected President has such profound powers to wreak havoc on the world in this fashion all but unilaterally and with a stroke of a pen or a poorly worded tweet, how can any nation take our word on any international agreement we might sign?

Trump now risks plunging America into the position of the lone bully in the lunchroom – sitting all by himself as the world passes him by, lashing out sporadically in a fit of pique or violence (59 Tomahawks in Syria). Our paramount fear should be that “Trump World” will last an irreversibly long time for the planet.