Area has been hit by several landslides since January

A monster of a landslide has buried a quarter-mile section of the scenic coastal highway in California’s Big Sur region, piling fresh misery on a remote area that hasn’t seen the road fully passable for months.

More than 1 million tons of rock and dirt fell Saturday onto the Pacific Coast Highway, considered by some to be one of the most scenic drives in the United States. The section is 1 mile southeast of the small community of Gorda, about 60 miles south of Monterey.

The landslide covered the road, also known as State Route 1, in a 35-40 feet deep layer of dirt for about 1,500 feet. The highway is the main artery running through Big Sur, a picturesque stretch that is a major tourist attraction. 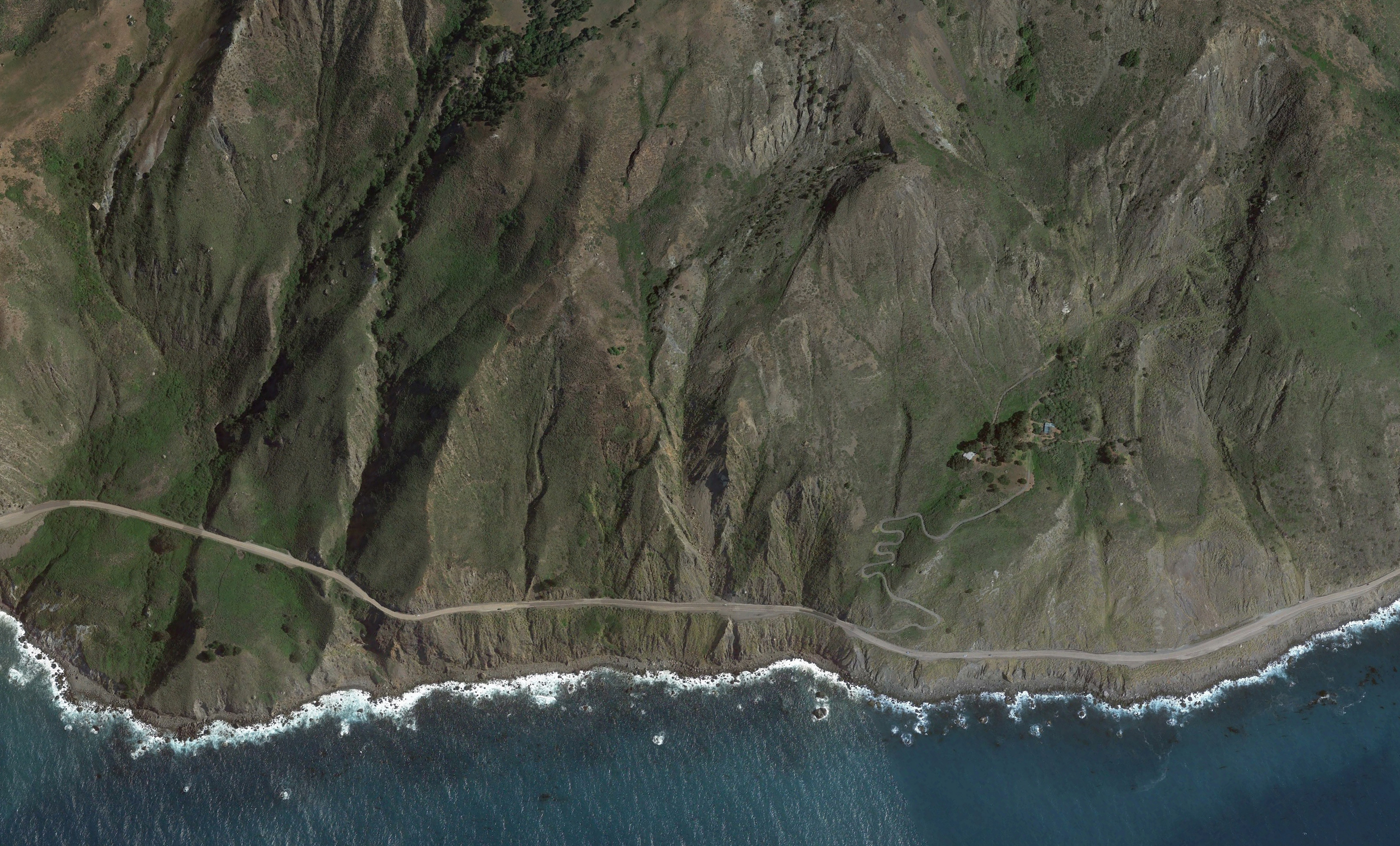 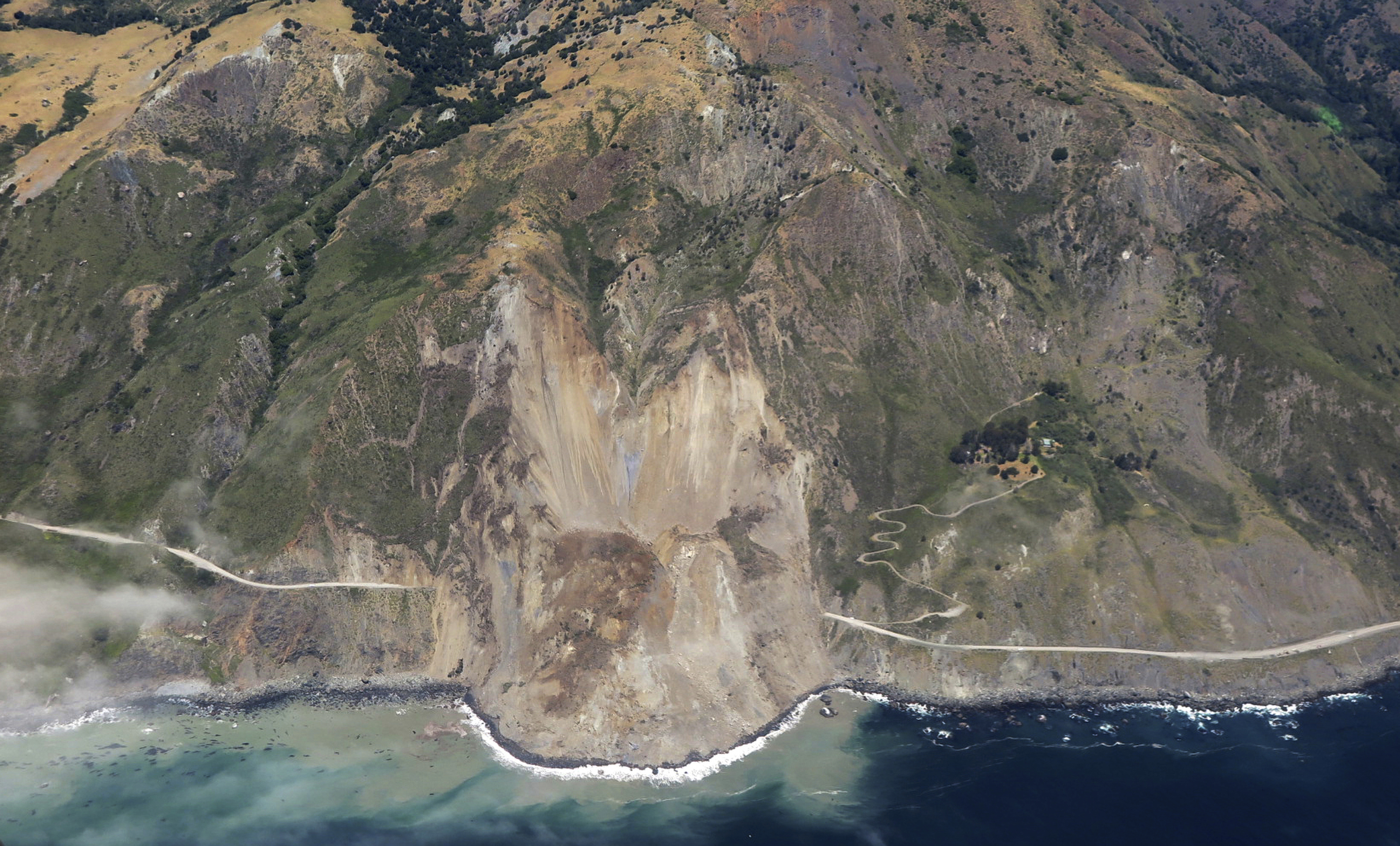 The highway already was closed at that spot – almost continuously since January – and at a few other points along the dozens of miles of Big Sur coast because of landslides caused by unusually heavy winter and spring rains.

But Saturday’s slide at Mud Creek was the largest by far, and authorities said they don’t know when it can be cleared.

“Whether that roadway is even there (anymore) will be interesting to see, once it’s uncovered,” Caltrans spokesman Jim Shivers said.

No injuries or damage were reported, officials said.

“You just heard a loud roar, and we didn’t know what it was until Caltrans came and told us the whole Mud Creek mountain came down,” Rori Cosma, an inn manager told CNN affiliate KEYT.

Before this year, the area’s few residents and business owners were used to small slides that crews generally cleaned up in a few hours.

But heavy rains since January have caused several long closures. One landslide forced officials to demolish the highway’s Pfeiffer Canyon Bridge, some 30 miles northwest of Mud Creek. A new bridge might not be finished until September, Shivers said.

Workers trying to repair damage from a different slide, between Pfeiffer Canyon and Mud Creek, stop work three times a day to allow locals to pass through. But those wanting to get farther north or south would have to take an interior county road to U.S. 101, some 40 miles inland.

“This has been a different year for us,” Shivers said.

The California Department of Transportation estimated that weather-related damages on its state highway system since January to be more than $1 billion. This sum did not include the latest landslide.

Saturday's slide came down the slope, covered the highway and continued down into the ocean -- about 250 feet past the shoreline.
Cal. Dept of Transportation

Before this landslide at Mud Creek, repairs from the earlier slide were suspended and heavy equipment was ordered removed from the road because officials suspected another was coming.

“I don’t think they anticipated anything of this magnitude,” Shivers said.

The mudslide dealt another blow to residents and businesses that have been grappling with road closures with the demolished Pfeiffer Canyon Bridge to the north and the landslides to the south.

Saturday's Mud Creek slide left a pile of earth about 35 to 40 feet high covering the highway.
Cal. Dept of Transportation

Residents have been using a hiking trail along the closed bridge and getting supplies during permitted hours, said Stan Russell, a resident and executive of the Big Sur Chamber of Commerce.

Businesses in the area have sought innovative ways to deal with the situation.

The Esalen Institute, a retreat center that has been closed since February, set up an emergency closure relief fund. The Post Ranch Inn started offering helicopter rides to the upscale hotel with packages starting at $4,291.

“They had to get innovative,” Russell said. “They have a high end resort that’s sitting there empty.”

The nearby Nepenthe Restaurant, an iconic eatery off the Pacific Coast Highway, is opened to local residents who use a bypass trail.

Big Sur’s high season is July through September, when 70% of their business occurs, said Kirk Gafill, Nepenthe’s general manager and president of the Big Sur Chamber of Commerce.

He said he hopes that the closures from the landslides will be lifted before July.