Ahead of today’s big closed-door briefing, senators chat on Capitol Hill in their workout clothes 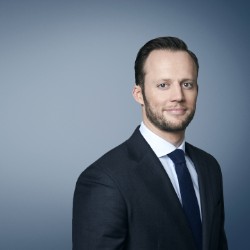 Ben Sasse is a Republican senator of Nebraska

Thursday afternoon on Capitol Hill, Senate members will be briefed by Deputy Attorney General Rod Rosenstein, who appointed Wednesday a special counsel to investigate whether there was collusion between President Donald Trump’s campaign and Russia.

But hours before, they were just working out and talking with their colleagues as they headed into the office for the day.

And here they are with Sen. John Cornyn, R-Texas:

Sasse responded to the photos, tweeting, “holy moly - it looks like @SenSchumer and I are smoking reefer outside a wedding…” to which Schumer tweeted, “Well that escalated quickly.” Prolific politics Twitter photoshopper @darth photoshopped Schumer with a joint:

Thursday’s closed-door briefing with Rosenstein is scheduled for 2:30 p.m. ET. CNN has reached out to Sasse’s office for additional comment and has not yet gotten a response.