How Samantha Bee grapples with a White House in turmoil: ‘It’s a lot to digest’

Bee says laughter is the antidote to the political chaos

She also has some choice words about her critics

Samantha Bee has some sage advice for Americans on how to deal with the madness unfolding in President Trump’s White House.

Not surprisingly, the famous comedienne’s advice is to laugh a lot, but she also has some choice words about not giving critics the time of day.

Bee says laughter is the antidote to the political chaos and that her show aims to give viewers an outlet from the White House turmoil.

“I do [think we need laughter right now], I need it more than ever so I assume there are others out there like me,” Bee told CNN. “We just need a bit of a release. It’s a lot to take in. It’s a lot to digest. “

Bee takes on the Trump administration weekly on “Full Frontal.” She made headlines last week for her satirical review of Ivanka Trump’s new book, “Women Who Work: Rewriting the Rules For Success.”

“If you were raised working poor like me, this book will inspire you,” Bee quipped. “Specifically, it will inspire you to challenge the next rich woman you see to a broken beer-bottle fight.”

“This isn’t partisan,” she said. “I don’t like James Comey. Nobody does. You either think he lost Hillary the election or you think he is the reason she’s not locked up. Comey is a bit of a turd. But at least he is an independent turd.” 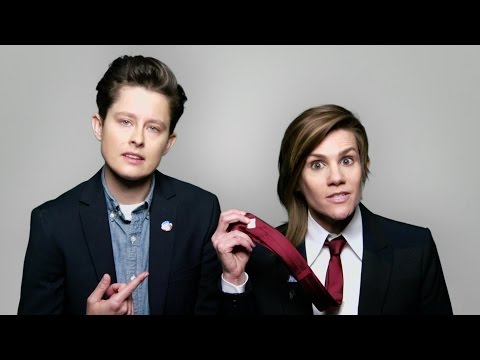 “The maker of American Greatness Again ran away from the Vietnam War, he ran away from two different Republican debates, and now he’s run away from the Correspondents’ Dinner,” Bee told the audience. “I guess we know why he wears those lumpy, ill-fitting old man pants — it’s because he’s constantly sh***ing himself!”

Turner owns both TBS and CNN.