Some conservatives are lobbying to bring the show back

Tim Allen has been outspoken about his conservative political views, and some think he’s been punished for that.

Calls for a boycott of ABC began last week after the network canceled Allen’s comedy “Last Man Standing,” in which the actor starred as “man’s man” Mike Baxter.

“Last Man Standing” has been hailed by some viewers for its positive portrayal of conservatives, while off-screen Allen has voiced his support for President Trump. 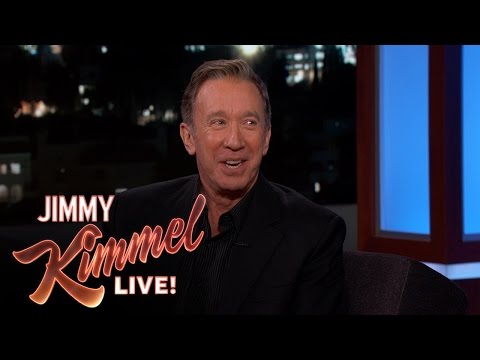 Upon news of “Last Man Standing’s” cancellation, Wisconsin Governor Scott Walker tweeted to Allen, “Looks like @ABC is playing politics with your show despite decent ratings.”

.@ofcTimAllen Looks like @ABC is playing politics with your show despite decent ratings. Sad.https://t.co/FQo9H55QcR

There are also petitions circulating to bring back the series, including one that describes “Last Man standing” as a show “that appeals to a broad swath of Americans who find very few shows that extol the virtues with which they can identify.”

ABC Entertainment President Channing Dungey addressed dropping the series on Tuesday during a call with reporters. She said the die was cast once the network decided to no longer air comedies on Friday nights.

“We make tough calls and cancel shows that we otherwise would have loved to stay on the air. That’s the job,” Dungey said. “But I canceled ‘Last Man Standing’ for the same business and scheduling reasons that I canceled ‘The Real O’Neals,’ ‘Dr. Ken,’ ‘The Catch’ and ‘American Crime.’”

Allen expressed his disappointment in a tweet on Tuesday.

Stunned and blindsided by the network I called home for the last six years. #lastmanstanding

“Stunned and blindsided by the network I called home for the last six years,” he wrote.