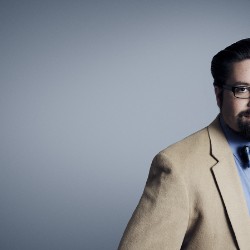 Rep. Tom MacArthur got an earful Wednesday night from impassioned constituents confronting him about his role in helping clinch the GOP House’s American Health Care Act vote. MacArthur, R-New Jersey, stayed on message, insisting time and again over the four hours of excoriation that the AHCA won’t cut Medicaid services and protects people with pre-existing conditions.

Why the rancor? Americans are being subjected to a reality-distorting spin machine of hurricane intensity, but this time they know a fake news storm when they see it coming.

Indeed, as Republican leaders have strutted and spun the aftermath of the AHCA vote, a group of Colorado volunteers – including therapists, a nurse, a social worker, a case manager, a psychologist and a physical medicine and rehabilitation physician – were doing the real work of health care, treating uninsured people with disabilities at a newly launched free rehabilitation clinic in Denver.

The clinic, called the Rehabilitation Services Volunteer Project, or RSVP, works with people living with serious problems like amputation or paralysis, and provides needed equipment — like properly fitted wheelchairs and custom braces and splints – in addition to medical and therapy services.

These types of services, made possible by the donated time of compassionate medical professionals, money from local organizations and dormant-hours use of clinic space, may well represent the future of health care for many in our country.

That’s because congressional leaders are poised to heedlessly cut off access to reliable health care for a projected 24 million people (by 2026) in a rushed effort to appease a detail-disoriented President who’ll apparently take whatever legislation he’s offered so long as it dismantles Obamacare.

The RSVP effort started in Texas, a state that really has to take all the charity it can get, because its leaders didn’t expand Medicaid, as the Affordable Care Act intended. The ACA, as you’ll recall, offered states federal dollars to expand Medicaid services to fill the vast doughnut hole for people who can’t afford ACA marketplace policies.

Colorado did expand Medicaid, but even with the ACA operating as intended, 6.7% of the state’s residents are still uninsured.

RSVP, which stands out because it offers highly specialized services (whereas most free clinics are focused on primary care and women’s health) only has the capacity to treat eight patients per Sunday right now. It projects, with backing by the University of Colorado and Craig Hospital, it will gradually expand by offering more treatment days and boosting its staff, but it’s safe to say this single clinic can tackle only a tiny sliver of Colorado’s need for such rehab services.

It’s a noble effort and also a dose of on-the-ground reality; if only Republican lawmakers holding the fate of America’s health care in their hands would look and listen.

Disabilities such as those attended to at RSVP represent one of the perennial gaps in health care the ACA was helping to close. And one that Rep. Mark Meadows, R-North Carolina, may not have been thinking of when he revealed a stunning naiveté about the health care system his party is reshaping: He told CNN last week that everyone has “coverage” because there’s always the option to go to the emergency room.

Presumably it was this same ER-as-panacea concept that Rep. Raul Labrador, R-Idaho, was referencing last Friday when he told constituents at a town hall that “nobody dies because they don’t have access to health care.”

For starters, that claim is untrue on its face, given estimates that approximately 45,000 people without health insurance died per year, according to a study published the year before the ACA was signed into law.

Beyond that, it fails to account for a key fact: the obligation hospitals have to provide emergency care, ensured via federal law, means a hospital may very well save your life if you arrive suffering a stroke. But after you’ve gotten a clot-busting drug, or brain surgery, and are out of imminent danger, all bets are off. You might still be paralyzed, but have no options of where to go next.

A surgeon will dutifully amputate the gangrenous leg that threatens your life, should the infection spread, but after that emergency care, the hospital may not be able to tend to your new need for a wheelchair, a prosthetic and rehabilitation.

The ACA did something for these disastrous situations, finally requiring that all health plans cover more than just the bare bones, life-or-death stuff, and making sure that people who had ongoing medical needs and risks, the so-called pre-existing conditions, could affordably access the insurance market. By no means is it perfect. Colorado still desperately needs its free rehab clinic, and many more like it.

Flawed system about to get worse

But the Republicans aren’t getting us closer to fixing the ACA’s gaps that necessitate such clinics, they’re making them catastrophically worse. When Secretary of Health and Human Services Tom Price told CNN’s Jake Tapper on Sunday that it’s “absolutely not” true that millions will lose coverage due to the AHCA, he’s talking about a bill that’s far shakier than the earlier version, which the Congressional Budget Office already determined will lead to 14 million more people without health insurance in 2018.

Ultimately the AHCA isn’t about improving access to quality health coverage. It is legislation brought about to service an ideology that declares the government has no place telling citizens they should buy anything, including health insurance, and that insists the government shouldn’t use taxes to redistribute money from some people to help other people.

(The bill doesn’t go the whole way toward those ends — it includes tax credits, some federal funds for state-based high-risk insurance schemes and money for Medicaid that it transforms into block grants — but it goes only far enough to remain in favor with the congressional Freedom Caucus and the moderate Republicans afraid of President Trump’s ideological base.)

Related Video Jimmy Kimmel fires back at the haters

I treat people of all viewpoints and life experiences. I’ve done so in the deep blue state of Massachusetts and the red state of Georgia. I’ll let you in on a secret: Everyone wants the best for themselves and their families. Complex rehabilitation care draws on private insurance, public insurance, government programs and local charities.

I’ve never come across a single situation in which someone turned up his or her nose at a necessary service because of the funding sources involved. And I’m confident that even if I were treating members of the Freedom Caucus or their family next week, they’d also gladly utilize all available resources to pay for it, regardless of their provenance.

Laying it on the states

My fear is that if it makes it through the Senate in anything resembling its current form, the Republicans’ AHCA will move a sizable chunk of the health care battleground away from national politics and onto state politics. Given the choice to make insurance companies more profitable, some state legislatures will do so, removing the essential health benefits — like maternity care and rehabilitation care that are currently mandated under Obamacare – that make health insurance truly protective for everyone who can’t precisely predict their future needs.

States will become laboratories for underfunded Medicaid services (the AHCH subtracts $880 billion from Medicaid and caps Medicaid funding to the states), forced to make fraught choices among the constituencies that badly need these services. States will be responsible for figuring out how to help people who are excluded from the private health insurance market due to pre-existing conditions.

The disparities ranging from Maryland (the richest state) to Mississippi (the poorest) will be profound, and accelerate the nation’s ideological self-segregation.

But one thing will never change: People in the highest taxed and lowest taxed states alike will still want the best health care possible for themselves and their families, regardless of who’s paying.