By Bianca Britton, CNN
Updated 5:55 AM EDT, Wed May 10, 2017
Ad Feedback
While the report's result confirmed stereotypes within the Arab world, it did also show there was a sizable minority of Arab men who were progressive.
STRINGER/AFP/Getty Images

Do Arab men support gender equality? What challenges do they face in their daily lives? What does it mean to be a man in the Middle East and North Africa in 2017?

These are some of the questions that 10,000 men and women across Egypt, Morocco, Lebanon and the Palestinian territories were asked in the International Men and Gender Equality Study in the Middle East and North Africa (IMAGES MENA).

“The findings are, in essence, a powerful riposte to the ‘why-do-they-hate-us?’ characterization of men in the region which has come to shape media coverage and policy making in many quarters,” Shereen El Feki, a writer on sexuality in the Arab region and co-principal investigator of the report, tells CNN.

The report by gender equality organization Promundo and UN Women claims to be the most extensive comparative study of men related to gender equality ever undertaken in the region.

We are only going to get so far in trying to level the playing field and promote women’s rights, if we don’t bring men along with us

El Feki, author of the 2013 book “Sex and the Citadel: Intimate Life in a Changing Arab World”, says without involving men in discussions, society is unable to close the region’s gender gap.

She co-lead the research of the report with Gary Barker, CEO of Promundo.

“We are only going to get so far in trying to level the playing field and promote women’s rights, if we don’t bring men along with us.” 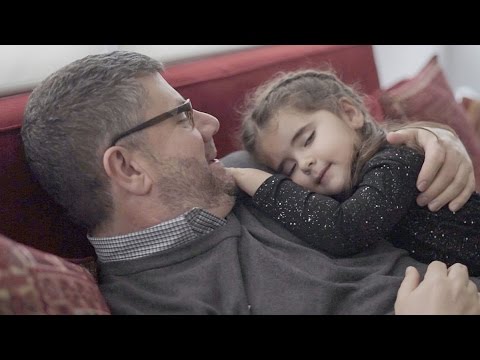 Men are under enormous pressure to succeed financially despite the region’s economic challenges, the study found.

In all four countries, around half of men said they were stressed or ashamed to face their families because they didn’t have enough work, or they were fearful for the safety of themselves and their families.

This is a really anxious and stressed group of individuals.

“In the Arab region … men are seen as financial providers and supporters – this is how they define themselves,” El Feki says. “If men define themselves within that (economic) context and you take that self-identity away from them it becomes very difficult for them to find another role.”

Displacement (in the case of Syrian refugee families), unemployment and political uncertainty made men feel emasculated and ashamed to face their families.
JOSEPH EID/AFP/Getty Images

While half of men surveyed held favorable views of married women working outside their homes, their acceptance was conditional: the man still wanted to be the breadwinner.

During the current climate of conflict, displacement, unemployment and political uncertainty, the report found men had begun to feel emasculated and “uncertain about or unwilling to accept change that might ease their heavy burden of societal imposed patriarchal duty.”

“This is a really anxious and stressed group of individuals,” El Feki says.

While men held this somewhat favorable view of women working outside their homes, Egypt’s female labor-force participation is only at 20% which is among the lowest in the world.

On the whole, a sizable minority supported gender equality, but were also uncertain what that would mean for their private lives.

Many men in the MENA region supported women working outside their homes -- as long he is still considered the main breadwinner and she is still the main caregiver and organizer of domestic life.
MOHAMMED ABED/AFP/Getty Images

“What (the report is) pointing to is something really interesting which is this gap between public and private life. The public in some cases is further ahead and the private is lagging behind,” El Feki says.

In most cases, women became more powerful in the public sphere due to circumstances of their husband’s imprisonment or their family’s displacement – particularly among Syrian refugees and Palestinians due to having to simultaneously manage household duties and earn an income.

Several men who had been imprisoned said they had a greater respect and appreciation for women after learning of the responsibilities their wives took on.

We are in a crisis when it comes to social change in Morocco. We’re no longer anchored in tradition, but not in modernity either.

Moroccan female respondent, in her 20s.

El Feki explained that while women’s attitudes were more progressive than that of men when it came to economics and engagement in public life, regarding private matters women were just as conservative.

For example, three quarters of men may have said that a woman’s most important role was to care for their household, but half of women held these same views.

Consistently throughout the report both genders in all four countries reported that men make most of the major household decisions.

In Morocco, men and women talked about a “crisis of masculinity” with both genders struggling to align their roles and rights in their public and private lives.

Why women are taking to YouTube in Saudi Arabia

A woman in her 20s was quoted in the report as saying that Moroccan society was “no longer anchored in tradition, but not in modernity either.”

“We are between the two without knowing where to place ourselves … we have not yet fully grasped that if we believe ourselves to be the same, equal, in everything, that this means a redistribution of (gender) roles.”

In qualitative discussions, men noted various legislative changes that promoted women’s rights and said it opened doors for women to be “selfish” and put “work and rights ahead of husbands and family.”

A male student in his 20s told researchers: “The man has lost his masculinity with these new (gender equality) laws that give more advantages and freedom to women.”

Within the study, high rates of domestic violence were also reported, with 45% of Egyptian men admitting they had been violent towards their wives. Elsewhere, it was between 8% and 17%.

While the United States has not yet been ranked on the GEM scale, the United Nations Development Program has carried out a similar ranking system, called the Gender Inequality Index (GII). Zero indicates equality, and one inequality.

Generally, in the UN study, men from wealthier households, who had received higher education, whose mothers were more educated and/or whose fathers carried out traditional female household tasks were more likely to hold gender-equitable attitudes.

Yet, while younger women had more progressive views than older women, attitudes did not seem to differ substantially across male age ranges in Egypt, Morocco and the Palestinian territories.

Among Palestinians, however, 75% of men and nearly 87% of women agreed that “we as Palestinians need to do more to promote the equality of women and men.”

Yet, later into the report Palestinian men admitted they were fearful of gender equality – with men twice as likely as women to agree that “more rights for women mean that men lose out.”

When it comes to marriage and fatherhood, men told stories of tenderness and deep caring towards their families and said they supported their daughters choosing their own spouses.

“(In the Palestinian territories) there’s a very high proportion of (men) talking to their kids about private, personal matters … and the sad statistic is that so many of them feel they don’t spend enough time with (their children) because of work,” El Feki says.

“That really surprised me and I think it’s a very positive finding (towards gender equality).”

Furthermore, the majority of Palestinian men (88%) and women (82%) believed that a marriage match should ultimately be decided by a couple, not their family.

The majority of men and women believed marriage should be the couple's decision, not their family's.
MOHAMED EL-SHAHED/AFP/Getty Images

However a large majority of men – ranging between 62% in Morocco and 96% in Egypt – said they expected to control their wives’ personal freedoms, from what they wear and where they go, to when the couple have sex.

Women confirmed that their husbands sought to control them in these ways.

Fatma El-Zanaty, president of El-Zanaty and Associates and one of the report’s key researchers, tells CNN she was surprised by the male responses.

“We never thought they’d admit (these things) … it was very interesting (and) challenging,” said El-Zanaty, adding that early on in their questioning men originally told researchers that personal questions weren’t their business.

“(We) built good relationships with the respondents so they (could) respond and feel comfortable.”

‘We’re not trying to apologize for men’

The report's research will help improve the world's understanding of the dynamics within the Arab world, according to co-principal investigator, Shereen El Feki
Ed Giles/Getty Images

Mohammad Naciri, regional director for Arab States UN Women, acknowledges that the report’s results confirmed “things we already knew but for which we did not have evidence”: i.e. Arab men’s sense of superiority and “conviction they are entitled to protect and control their female family members.”

But he was also hopeful about a progressive future.

“Though the numbers alone may seem bleak, the research affirms that there are, among men and women alike, true champions who believe strongly in gender equality,” Naciri wrote in the report.

El Feki agreed with this sentiment: “There are foundations there for wider change, we just need to understand who are these men and why are they so different.”

The research affirms that there are, among men and women alike, true champions who believe strongly in gender equality.

She says the report gave a voice to men.

“We’re not trying to apologize (for men), but the vast majority of them are trying to get by (economically and professionally). We often don’t see that because of the headlines that are about the men on the margins – the one who are the extreme,” El Feki says.

The research, she says, helps improve the world’s understanding of the dynamics within the Arab world so that programs and policies can be designed to address and change engrained ideologies.

It’s not something that can be done overnight, El Feki says, but it’s possible.

“You work very slowly step by step along the grain of culture.”