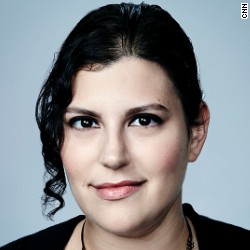 Seoul’s policy on North Korea is about to get a major overhaul.

Speaking at his swearing in ceremony, Moon promised to “resolve the security crisis as soon as possible.”

“If it is necessary, I will fly immediately to Washington and also visit Beijing and Tokyo,” he said.

“Under the right conditions, I will also go to Pyongyang. For peace on the Korean Peninsula, I will do everything that I can do.”

Moon also vowed to further strengthen the alliance between South Korea and the US.

While he was elected largely on concerns about corruption and the economy, North Korea loomed large after weeks of rising tensions in the region.

A former special forces soldier and human rights lawyer, Moon came in for criticism during the campaign from hardline conservatives who saw him as weak on North Korea.

He has called for a combination of negotiations and economic cooperation alongside military and security measures.

“I am confident to lead the diplomatic efforts involving multiple parties, which will lead to the complete abandonment of the North Korean nuclear program, and bring the relationship between South and North to peace, economic cooperation and mutual prosperity,” Moon said in an April 25 debate.

His stance has been compared to the so-called “Sunshine Policy” of the liberal governments of 1998 to 2008. By no coincidence, he was a key adviser to those administrations.

During the Sunshine Policy, Seoul actively engaged Pyongyang, which led to closer relations on both sides of the border and saw two South Korean Presidents visit the North Korean capital. However, the approach ultimately failed to halt North Korea’s nuclear weapons program.

Moon, who takes office Wednesday, is unlikely to get a long honeymoon when it comes to North Korea.

Experts have been predicting an imminent nuclear test, North Korea’s sixth, for weeks now, as the country ramps up missile testing and saber rattling.

On Sunday, Pyongyang announced it had detained a US citizen on suspicion of “hostile acts” against the regime, days after it accused Seoul and Washington of plotting to assassinate North Korean leader Kim Jong Un using “biochemical weapons.”

During the campaign, Moon advocated for engagement with North Korea – particularly on the economic front – as the best method to work towards a denuclearized Korean Peninsula.

Such measures have not historically been popular with conservative administrations in the US, however President Donald Trump has vacillated between tough, militaristic talk on the North Korea issue and suggesting he could sit down with Kim himself.

The US and South Korea have a decades-long military and political alliance and Washington is by far Seoul’s most important bilateral partner.

Facing criticism from the right that his party is anti-American, Moon has played up Trump’s apparent willingness to meet with Kim, saying he is on the “same page” as the US leader.

However, one area where they firmly not in agreement is over the deployment in South Korea of the US Terminal High Altitude Area Defense (THAAD) missile defense system.

The caretaker administration which took over after Park’s impeachment accelerated the THAAD roll-out, despite widespread criticism from Moon and others on the left, who have argued its deployment should be contingent on a vote in the country’s National Assembly.

Last week, Washington and Seoul announced that THAAD was partially up and running, and analysts have warned Moon may be able to do little to prevent its full deployment.

But analysts warn perceptions that the US ignored South Korean input on its own security issues – compounded when Trump called both Chinese President Xi Jinping and Japanese Prime Minister Shinzo Abe to discuss North Korea, but the caretaker government in Seoul – have left a key relationship strained before it has even begun.

Washington was left in a delicate position after Park’s ouster, with several high-ranking administration officials – including Secretary of State Rex Tillerson and Vice President Mike Pence – visiting Seoul to shore up the alliance amid tensions with North Korea.

During their visits however, the US officials only met with caretaker President Hwang Kyo-ahn, who had already declared he would not stand to replace Park, and avoided any of her potential successors.