Nearly 10 million people across the Midwest were under a flood warning Saturday as several spots along the Mississippi River were expected to reach near-record crests this weekend, the latest threats to a region that got slammed this week by severe flooding.

The river’s cresting – the highest stage or level of a flood wave – was due to affect communities in Indiana, Illinois, Missouri, Arkansas, Kentucky and Tennessee, CNN meteorologist Haley Brink said.

Even after a river crests, flooding can still be a problem. 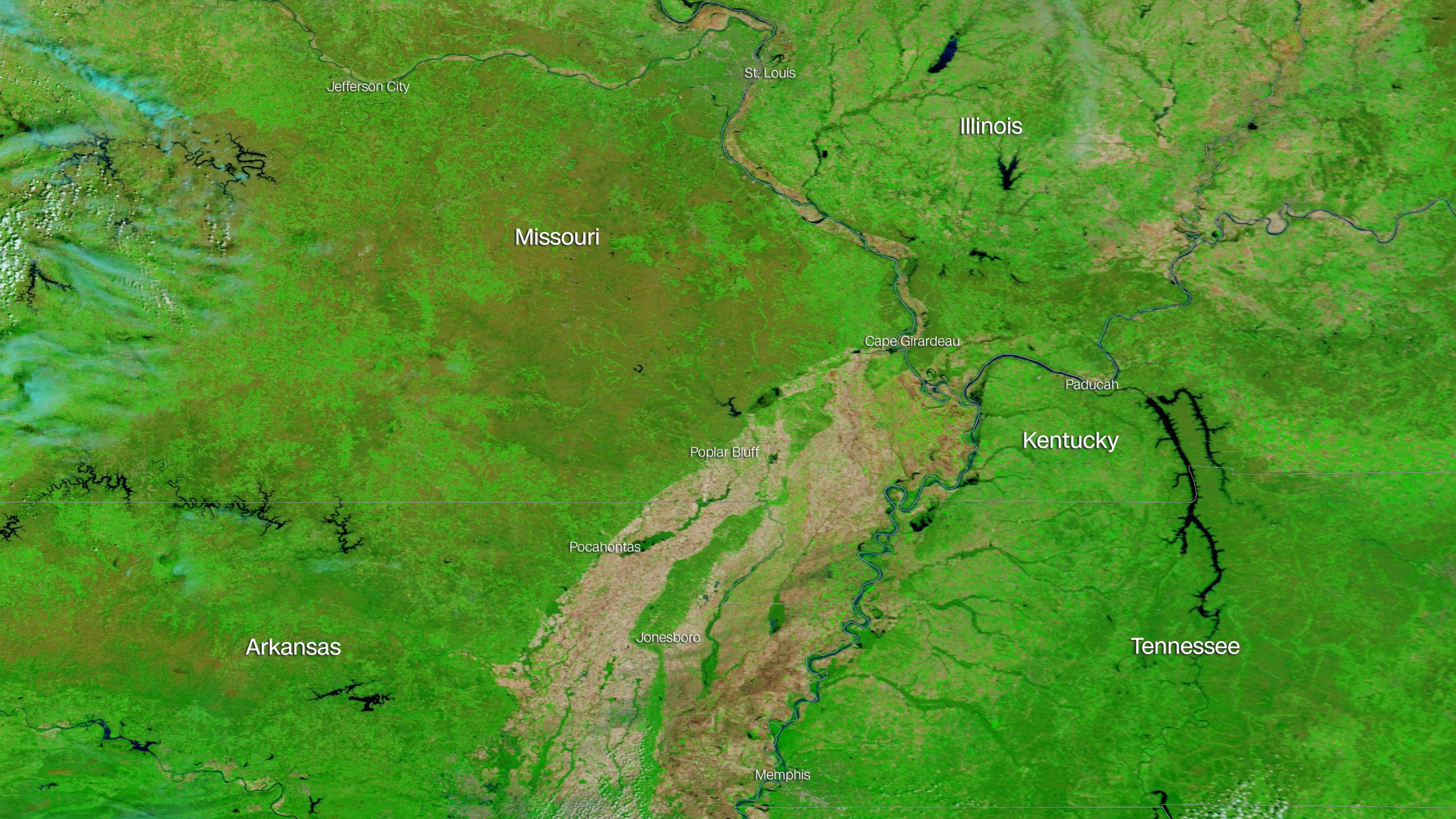 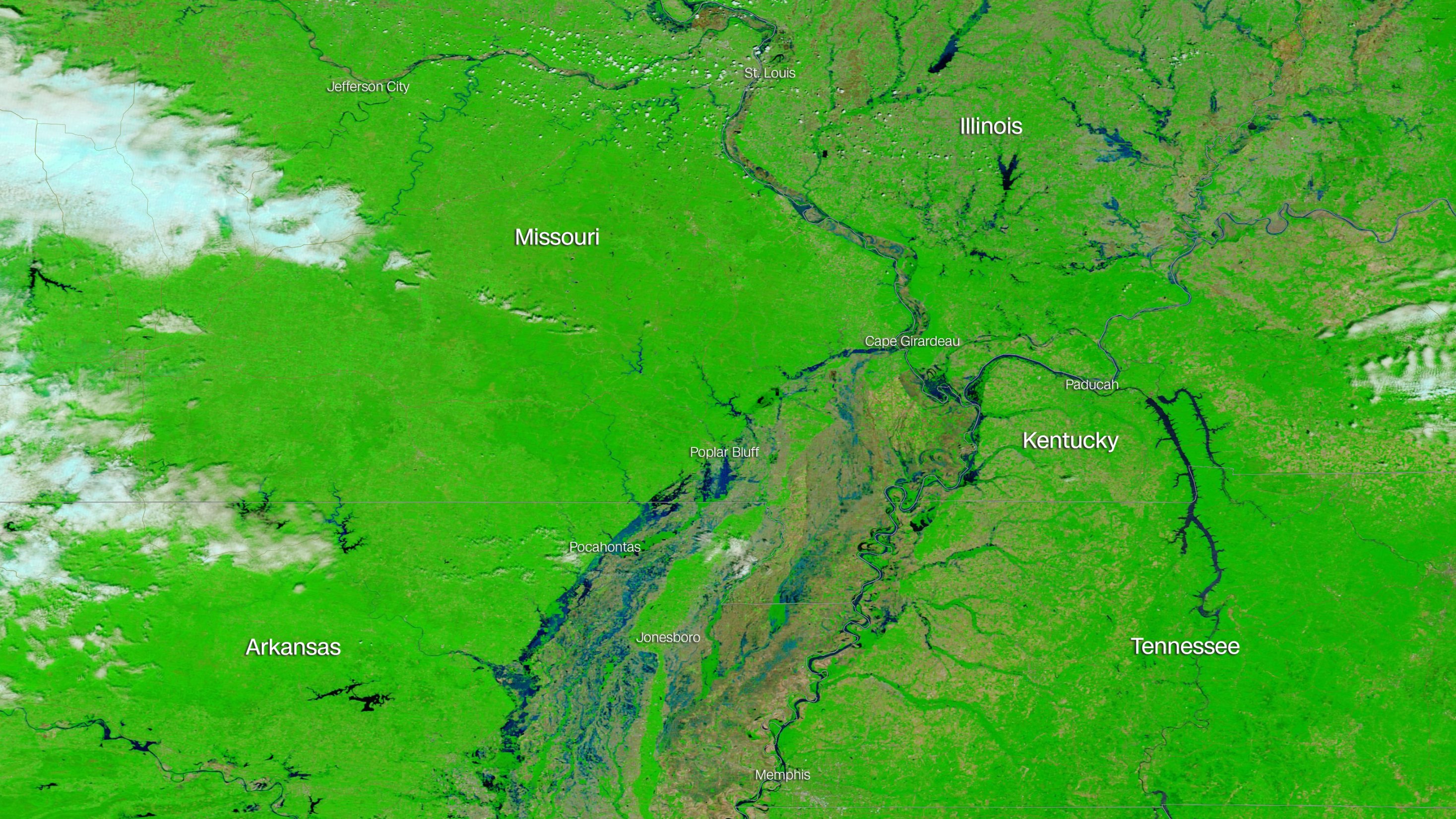 Use the slider to move left or right and reveal the devastating flooding that is affecting the Midwest. The NASA satellite image on the left was taken last month, the one on the right on May 2. Scientists shaded the image so that green represents live vegetation, brown is lack of vegetation, and blue is water.

Those who live near the Mississippi River in Cape Girardeau in southern Illinois and southeast Missouri prepared for an onslaught.

The Mississippi River, which separates the two states, crested late Saturday morning at 45.8 feet near Cape Girardeau, near its record high crest of 48.9 feet.

Floods already have killed six people in Missouri and seven in Arkansas, including a 10-year-old who was swept away while climbing a fence to avoid the water, officials said.

Millions in damage expected in Arkansas

On Sunday, Arkansas Gov. Asa Hutchinson, US Secretary of Agriculture Sonny Perdue and members of the congressional delegation flew over flood damaged areas.

The governor said he saw large swaths of flooded farmland and equipment on Sunday’s tour. “We saw one field in which it looked like the water was at least 6 to 8 feet above the farmland,” he said.

FEMA representatives will begin damage assessments on Wednesday, according to Hutchinson.

Perdue and Arkansas officials expressed concern about the damage to Arkansas’ agriculture, including the state’s rice and soy bean crops.

Perdue said President Donald Trump wants residents to know “the pain that we have in seeing how people’s lives and their livelihoods are affected.”

Exit signs on Highway 141 near the Meramec River are submerged on May 4, in Valley Park, Missouri.
Michael B. Thomas/Getty Images

Floods late this week ravaged communities near St. Louis due to cresting of the Meramec River, which runs into the Mississippi River. Senator Claire McCaskill of Missouri posted video Friday from a helicopter showing flooding in Eureka, a suburb of St. Louis.

“The smaller rivers always recede sooner. A small creek would rise fairly quickly, and will come down fairly quickly,” said Mark Fuchs of the National Weather Service in St. Louis.

The Captains' Return statue, which honors explorers Lewis and Clark, sits partially submerged on May 5, in a flooding Mississippi River in St. Louis. The statue was just moved to higher ground to avoid floods.
Robert Cohen/St. Louis Post-Dispatch/AP