Where’s the empathy for black poverty and pain? 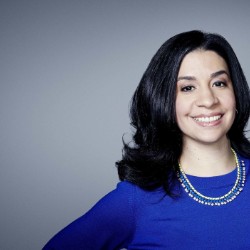 Editor’s Note: Tanzina Vega covers race and inequality for CNN Money. Follow her on Twitter @tanzinavega. The opinions expressed in this commentary are her own.

In the 1890s, sociologist W.E.B. Du Bois noticed something disturbing about how Americans viewed the plight of blacks in Philadelphia who had suffered through unsanitary living conditions, high rates of consumption and back-breaking labor.

“The most difficult social problem in the matter of Negro health is the peculiar attitude of the nation toward the well-being of the race,” he wrote. “There have, for instance, been few other cases in the history of civilized peoples where human suffering has been viewed with such peculiar indifference.”

That indifference toward the well-being of blacks, and to a larger extent, people of color in the United States, arguably continues today, particularly in how the media frames the struggles of whites who are suffering from suicide and drug abuse at record rates.

President Donald Trump won his campaign, in part, on the promise of bringing hope back to “the silent majority,” a large swath of mainly white working-class Americans who feel they have been left behind by trade policies like NAFTA and have watched their manufacturing jobs disappear.

But the administration’s rhetoric about blacks, Muslims and Latinos has focused mostly on crime in the “inner cities,” “criminal aliens” attacking native-born Americans and “radical Islamic terrorism” as the scourge of our nation. The economic anxiety facing black and brown workers, while arguably more profound, has been largely sidelined.

Researchers at Princeton University recently found that whites without a college degree, many of whom are saddled with high unemployment, consumed with addiction and with the fabric of their families fraying, are killing themselves in so-called “deaths of despair.”

Yet, by most measures, whites are still better off than black and brown Americans – they have more wealth on average and they are likely to be paid more, even with less experience and education than their black counterparts. In 2013, white households in the US had a median wealth of $144,200 – almost 13 times the median wealth of black households at $11,200. And the CNN/Kaiser poll showed that while 19% of whites without a college degree had earned more than $90,000 in income, just 6% of blacks without a college degree had earned that level of income.

Even though the poverty gap between blacks and whites has narrowed, a Pew study released last year found that blacks were still at least twice as likely as whites to live in poverty or be unemployed. Blacks were also more likely to have sought food from a food bank than whites were.

Focus is on white working class, their challenges

Today’s empathy gap in how we view white poverty and black poverty is partly the result of the overwhelming, and arguably sympathetic, focus on white working-class Americans by both the media and the current administration.

Consider the popularity of the podcast “S-Town,” where “race has a weird, sideways manner of appearing,” among its poor, white protagonists, wrote Wesley Jenkins for Buzzfeed.

An empathy gap also exists in how we view the opioid addiction crisis that has gripped the nation, particularly among white males. I recall growing up in public housing in New York City and seeing heroin and crack ravage our largely poor black and Latino community. Back then, the drug epidemic was considered a crime to be eradicated, rather than a public health issue to be handled with compassion.

To be sure, poor white Americans are facing a serious crisis, but blacks who still lag far behind them in key metrics of economic success, are rarely seen as deserving of such empathy.

“Most Americans believe that racism is in the past and that it’s individual, not structural,” said David R. Williams, a professor of public health, African-American studies and sociology at Harvard University. “They believe that the problems minority Americans have are problems they created themselves.”

The racialization of poverty in the media began to take shape in the 1970s and 80s, when blacks became the face of government assistance programs like welfare, said Charlton McIlwain, an associate professor of media, culture and communication at New York University. Previous government programs like The New Deal were meant to help poor white Americans “who had lost their economic way” and were struggling after the Great Depression, said McIlwain.

Contrast that with Ronald Regan’s oft-invoked trope of the “welfare queen,” the black woman who supposedly leeches off of the government for her own needs and “black poverty had come to be seen as associated with laziness, criminality and violence” said McIlwain.

For whites, poverty is a “failure of the system,” with a narrative that says, “You’ve done all you can, you’ve worked hard and here you are with no safety net,” said McIlwain. Blacks and other people of color are viewed as “getting what they deserve for being lazy, for being criminals, for not picking themselves up by their bootstraps.”

Empathy gaps exist beyond poverty, too. Studies have shown black men are often perceived as bigger, stronger and scarier than white men, even if they are the same size. And additional research has shown that black boys are seen as older and less innocent than their white counterparts. Criminal justice is also rife with empathy gaps. Blacks are more likely to be wrongfully convicted than whites and are also likely to spend longer in prison before being exonerated for their crimes.

In her play “Sweat,” Pulitzer Prize winner Lynn Nottage examines the town of Reading, Pennsylvania, which lost its manufacturing plant in the early 2000s and the jobs that came with it. Suddenly, white and black residents who once had solid working-class lives and middle-class aspirations find themselves confronting poverty, drug addiction, incarceration – and each other.

“White poverty is seen as different, even though there’s a certain swath of the population that’s been experiencing a certain level of deprivation for a very long time,” Nottage told me in a brief interview after a recent performance of the play.

Nottage leans in to questions about race and class when one of the characters, a Latino bar back, crosses the picket line to work at the plant for less than the union workers make but more than his current job pays. In another scene, a black woman gets promoted to management, much to the chagrin of her white co-workers. Both characters defend their positions in economic terms: they need the money because black and brown workers have historically been kept out of higher paying jobs.

Pessimism among whites appears to have increased around the Great Recession, said Jennifer Benz, a principal research scientist and the deputy director of The Associated Press-NORC Center for Public Affairs Research. While the recession “hit blacks worse than it hit whites,” Benz said, whites may have felt that they “were falling from a higher place.”

Closing the empathy gap will not come easy. “The empathy gap exists because whites frequently lack any real connection to nonwhites and therefore don’t see them as ‘one of us’,” said McIllwain of NYU. Moving past that “requires deep engagement with people at the personal and community level.” But our country’s continued segregation in schools, workplaces and religious institutions will make that a challenge, said McIlwain.

Instead, we could focus on fairness in how our institutions treat black and white Americans, said McIlwain. Lawmakers, police officers, and judges must be willing to correct disparities in arrests, incarceration, sentencing and funding for drug treatment. “Then they must ask themselves what role they may have played in contributing to those disparities, and then be willing to correct that which is in our power,” said McIlwain. “This takes less empathy than it does sheer will.”