All your questions about fidget spinners, answered

Toy or tool? The spinners started as an aide for kids with ADHD, now a worldwide fad

The gadgets may help some kids concentrate, but distract others

If you know a middle school kid, or a parent or teacher of one, chances are you’ve seen the simple little colorful device that’s driving them all crazy lately.

It’s called a fidget spinner, and even its name gives you a clue as to why some classrooms are banning them – and some toy stores are selling out. The toy is the latest craze to sweep the globe, but it actually has a really interesting history as an educational tool.

Here’s everything you need to know, but please be warned: Just because you know what a fidget spinner is doesn’t guarantee you’ll understand why, exactly, it is so incredibly popular. To the uninitiated (or the adult), toy fads can be a complete mystery.

A fidget spinner is considered to be a type of fidget toy; a low profile, handheld device that people can, well, fidget with without making a big scene. A fidget spinner has a stable middle and a disc with two or three paddles that can be spun, much like a ceiling fan. The result is supposed to be relaxing and satisfying, and really good spinners can keep going for minutes at a time.

The little devices were originally designed to help students with attention disorders like ADD – expert say having something to occupy their hands may help improve concentration. However, the spinners caught on with the general population, and now come in every color and finish imaginable, with add-ons and doo-hickeys galore.

Cindy O’Hara owns two Learning Express franchises near Atlanta. She has watched toy fads come and go in her stores for 19 years, and for right now, fidget spinners are the hottest things they stock.

“The demand is huge,” she told CNN. “We’ve sold out multiple times.”

She says the kids that come in to her store are drawn to the different colors and patterns. Some spinners are made of smooth silicone parts, others aluminum, and other plastic ones are adorned with emojis and tie dye. Recently, Learning Express started stocking a light-up LED version. All of the spinners are relatively inexpensive; the ones in O’Hara’s store retail for $10 to $20, and more generic versions from Amazon can sell for half of that.

“It really appeals to the core kid ages, about seven through the high school years,” she says. “Of course, some of the younger siblings want to be a part of it too.”

Youtube videos of spinner tricks and hacks have racked up millions of views since the toys got popular. 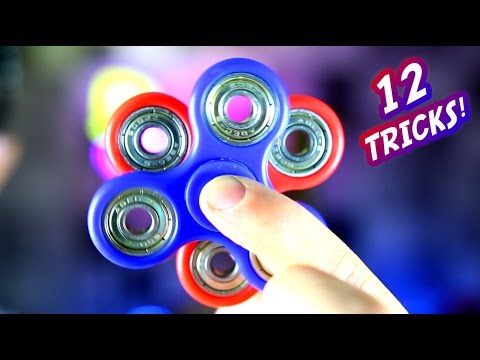 How does it help kids with ADHD?

Spinners might be new to the must-have toy aisle, but they’ve been a tool for teachers, guidance counselors and therapists for a while now.

“Promoting fidgeting is a common method for managing attention regulation,” says Elaine Taylor-Klaus. Taylor-Klaus is the co-founder of ImpactADHD, a coaching service for children with attention disorders and their parents.

“For some people [with ADHD], there’s a need for constant stimulation,” she says. “What a fidget allows some people – not all people – with ADHD to do is to focus their attention on what they want to focus on, because there’s sort of a background motion that’s occupying that need.”

If you’ve ever watched people tap pencils, twist pieces of paper or even doodle in meetings, you’ve seen the power of fidgeting in action.

“A doctor won’t prescribe a fidget,” Taylor-Klaus says, “but a psychologist could list it among the recommendations made at the end of an evaluation.”

Could they present a problem at school?

Of course, if there’s something more interesting that a good toy fad, it’s a good toy fad that’s also kind of controversial. Stories from all over the country – and the world – have been cropping up that this school or that school have banned fidget spinners from classrooms.

It’s true, some have, but it’s largely been a case-by-case basis, and it’s usually because the toys themselves have become a distraction. One story out of Australia claims a school in Shepparton banned them after a wayward spinner injured a boy’s eye. Schools around the US and UK are posting warnings on social media and sending notes home to parents discouraging their use.

Taylor-Klaus says she understands how the spinners can cause a problem.

“There are definitely times that kids don’t know how to use a fidget and it becomes the primary focus instead of the background focus,” she says. It’s what happens when they move from tool to toy.

“Spinners are visually distracting, and they can make some noise, so it’s not an ideal fidget for the classroom. But still, not allowing them in schools is probably throwing the baby out with the bath water,” she says.

What do parents and kids think?

Natalie Jones of Huntsville, Alabama, has three children and her eldest, 11-year-old Alex, is into fidget spinners. The fad came over her son quickly: One day, she had no idea what a fidget spinner even was; the next day, she was helping him order one off of Amazon with his allowance money.

Jones has seen the complaints some parents and teachers have made on Facebook, and she doesn’t understand the big deal.

“Everybody is hating on them, saying, ‘Oh my gosh, what’s going on,’ but with kids having cell phones and all of this technology, we’re already used to seeing them with things in their hands,” she says.

Jaylon Rozier is a junior at Southeast Guilford High School in Greensboro, North Carolina. He says spinners are common in his school, and they’re not much of a distraction.

“You can be really discreet about it,” he says. “You can just take it out underneath your desk or use your non-dominant hand while you’re working.” Rozier noticed the devices a few months before they got popular, and his interest was piqued.

“I have epilepsy, and the medication I take to control it ratchets up my need to move around,” he says.

So far, his teachers haven’t said anything negative, and one even inquired about how she could get a spinner of her own.

Is this part of a larger trend?

Some other 'fidget' products designed to calm restless hands.
CNN

Like all toy fads, fidget spinners will come and go, so it’s important to remember two things: One, that fidget spinners had a real, productive purpose before they became a fad; and two, that they are part of a larger trend of fidget gadgets that also has more mature followers

Products like fidget cubes are also seeing a surge in demand. These cubes look like very large dice and have different “functions” on each side that can be pressed, flicked or clicked to relieve nervous energy. They are often marketed to adults as well as children.

“We definitely have executives coming in and purchasing [fidget toys],” O’Hara says “They are bored on conference calls, they’re stressed out in the car in traffic. People just find it calming.”