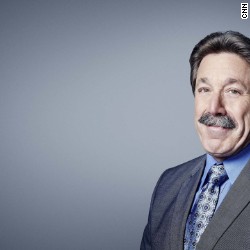 Editor’s Note: Les Abend is a Boeing 777 captain for a major airline with 33 years of flying experience. He is a CNN aviation analyst and senior contributor to Flying magazine. The opinions expressed in this commentary are solely those of the author.

No doubt United Airlines has lost its sense of humor. The most fervent critics of the airline after the April 9 passenger-dragging fiasco on United Express Flight 3411 have also no doubt lost their sense of humor.

So it is unfortunate that the airline now faces another public relations disaster after a flight from London’s Heathrow Airport arrived at Chicago’s O’Hare Airport on April 19 with a dead rabbit on board.

Apparently, the rabbit – an enormous, 3-foot-long, Continental Giant – was being transported at the request of a UK breeder to a buyer in the US. The aircraft was a Boeing 767, a very reliable airplane that I flew for almost 13 years.

Although I can’t admit to flying a giant rabbit on any of my trips, I have flown plenty of animals over the years. A departure from Paris once involved a whippet being transported in the cabin as an emotional support animal for a passenger. A whippet is very similar in size and shape to a greyhound, so its carriage made life a little difficult for the passenger’s seatmates.

We incurred a delay at the gate until our company manuals could be consulted. As it turned out, even small horses were allowed as emotional support animals. Go figure.

It has been my experience that animals are treated by ground personnel with the utmost care. Animals are transported in an approved carrier and are separated from regular bags and cargo at the airplane.

Depending upon the weather outside, their exposure to the elements is limited by delaying their loading. If it’s a hot day, animals remain in an area protected from the heat until it’s time to be put on the plane. I have witnessed baggage handlers soothing a barking dog with some gentle petting or even providing water before the pooch is loaded into the appropriate cargo compartment.

If an animal is on board, ground personnel will provide notification to the cockpit prior to our pushback. Our final “load closeout” reaches us via our on-board printer and contains not only our weight and balance information but also advises the cargo bay location of any animals loaded.

The location of live animals is important because on a 767, the bulk cargo bay in the aft end of the airplane can be regulated to a temperature higher than the two other cargo compartments. Pilots have access to a specific switch on the overhead panel that, when activated, allows heated air discharged from the passenger cabin to be ported to the bulk cargo compartment.

All cargo compartments on the 767 are pressurized, so respiration for any breathing creature is always possible. It’s just a colder environment in the other cargo bays.

So what happened to the poor rabbit? If indeed the veterinarian’s assessment of the animal’s good health three hours prior to departure was accurate, then here are my best guesses on what happened. Again, this is educated speculation:

1 – The rabbit may not have been loaded in the bulk cargo compartment and couldn’t withstand exposure to lower temperatures.

2 – The pilots may not have been notified that an animal was loaded on board and the higher temperature selection of the bulk cargo switch may never have been activated. This is not likely, because pilots normally activate the switch immediately when notified, but the crew may have forgotten.

3 – The bulk cargo compartment feature that provides a higher temperature may have malfunctioned.

4 – The rabbit may have suffered a cardiac arrest due to the stress of being in an unfamiliar, noisy, confined environment.

5 – Although normally prevented by load agents, dry ice associated with some type of perishable shipping product may have mistakenly been in the same compartment as the rabbit, which could have caused respiratory arrest.

The loss of a very expensive animal notwithstanding, United Airlines has to face another moment of public humiliation. I am almost certain that this particular debacle will end with full shipping reimbursement … and perhaps more. Unfortunately, none of it will help the rabbit. Nor will it help with a child’s disappointment if the rabbit was being sent as a gift.