By Ana Johnson, CNN
Published 4:14 PM EDT, Wed April 19, 2017
Link Copied!
After 70 years, Florida issues an apology to the families of the 'Groveland Four' who were wrongly convicted of rape.
Gary Corsair
CNN  —

A decades long chapter of injustice is finally closing in Florida.

There were doubts about Padgett’s testimony from the onset, but in the era of Jim Crow, a jury convicted the men without evidence of a crime.

They came to be known as the “Groveland Four.”

And on Tuesday, after more than 60 years, the Florida House issued them a posthumous apology.

“As a state, we’re truly sorry,” Rep. Chris Sprowls said to the men’s families Tuesday, after lawmakers unanimously voted to exonerate them.

“The memories can’t be erased, the pain they’ve endured can’t be fixed but today we have an opportunity to provide closure to these families in the form of an apology,” Rep. Bobby DuBose, who sponsored the bill that called for their pardon.

The Senate is expected to adopt the apology soon. 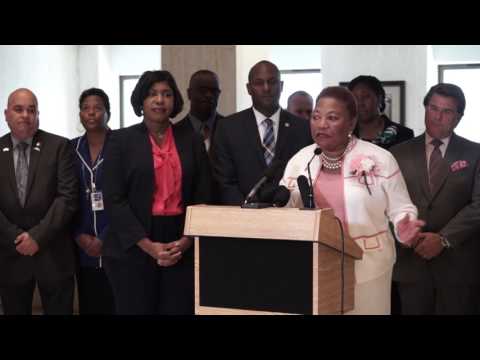 Padgett claimed that on the night of July 16, 1949, her car broke down in Groveland. She said the four men stopped and raped her.

The men were arrested. Three of them were tortured until police were able to elicit a confession from two of them.

Thomas, who managed to escape custody, was killed after a manhunt.

Greenlee was sentenced to life in prison.

While being transported from county jail for a retrial, the sheriff fatally shot them both and claimed self-defense.

Shepherd died at the scene and Irvin survived by playing dead. His sentence was later commuted to life in prison.

At the Tuesday event, Greenlee’s daughter thanked lawmakers for the formal apology.

“I want to thank all of you … for releasing my family from prison … from the dark cloud, the shame and the stigma,” Carol Greenlee said.