The Patriots go to Washington – some of them, at least

In photos posted to social media Wednesday, the New England Patriots’ turnout at the White House this year seemed to be noticeably smaller than in 2015, when the team last visited the executive residence.

A side-by-side comparison of the teams on both occasions showed a visibly smaller contingent to visit President Donald Trump than former President Barack Obama – a difference first noted by The New York Times. The Times’ sports editor later apologized for comparing the crowd size in a statement to Yahoo News. 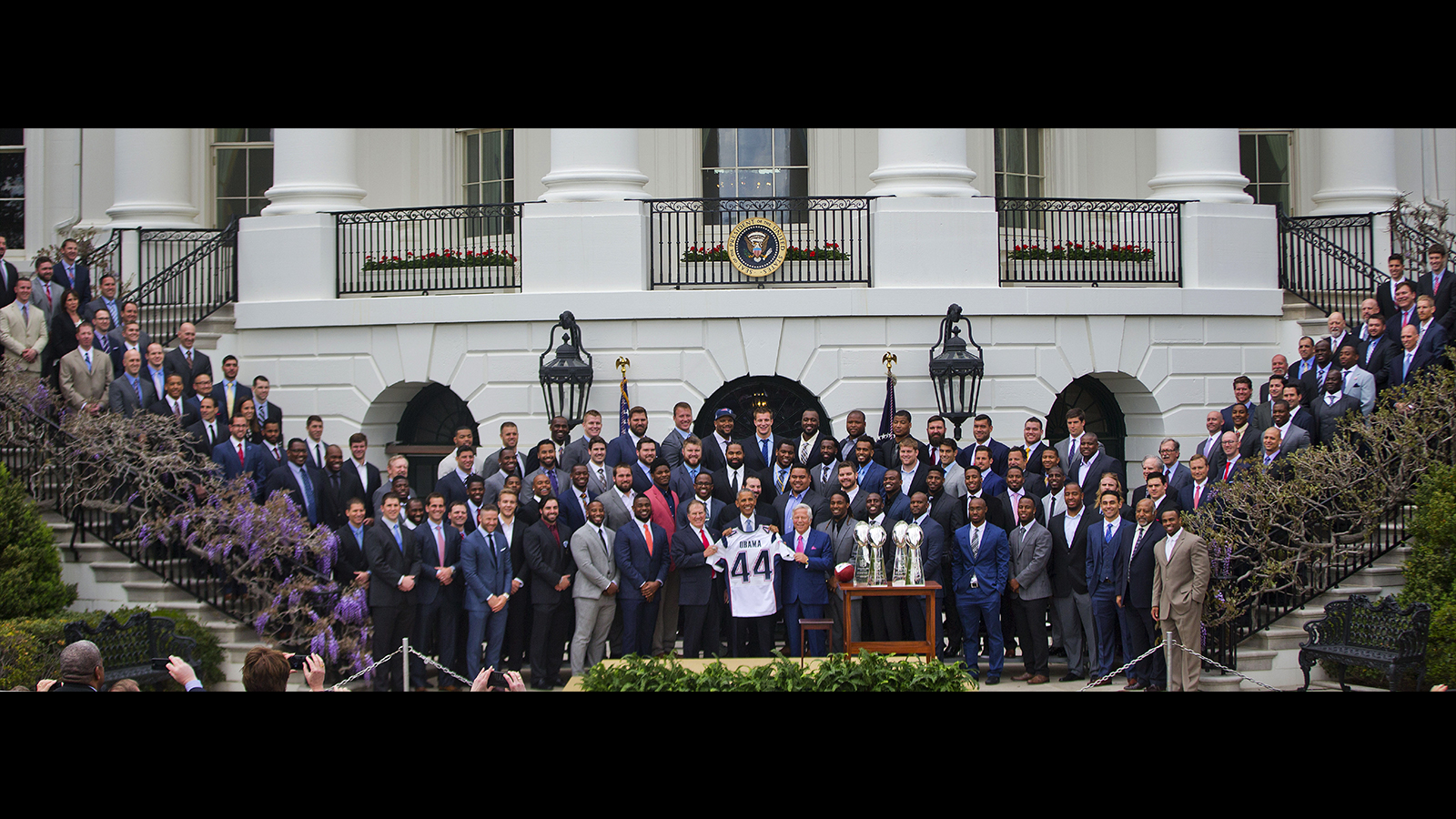 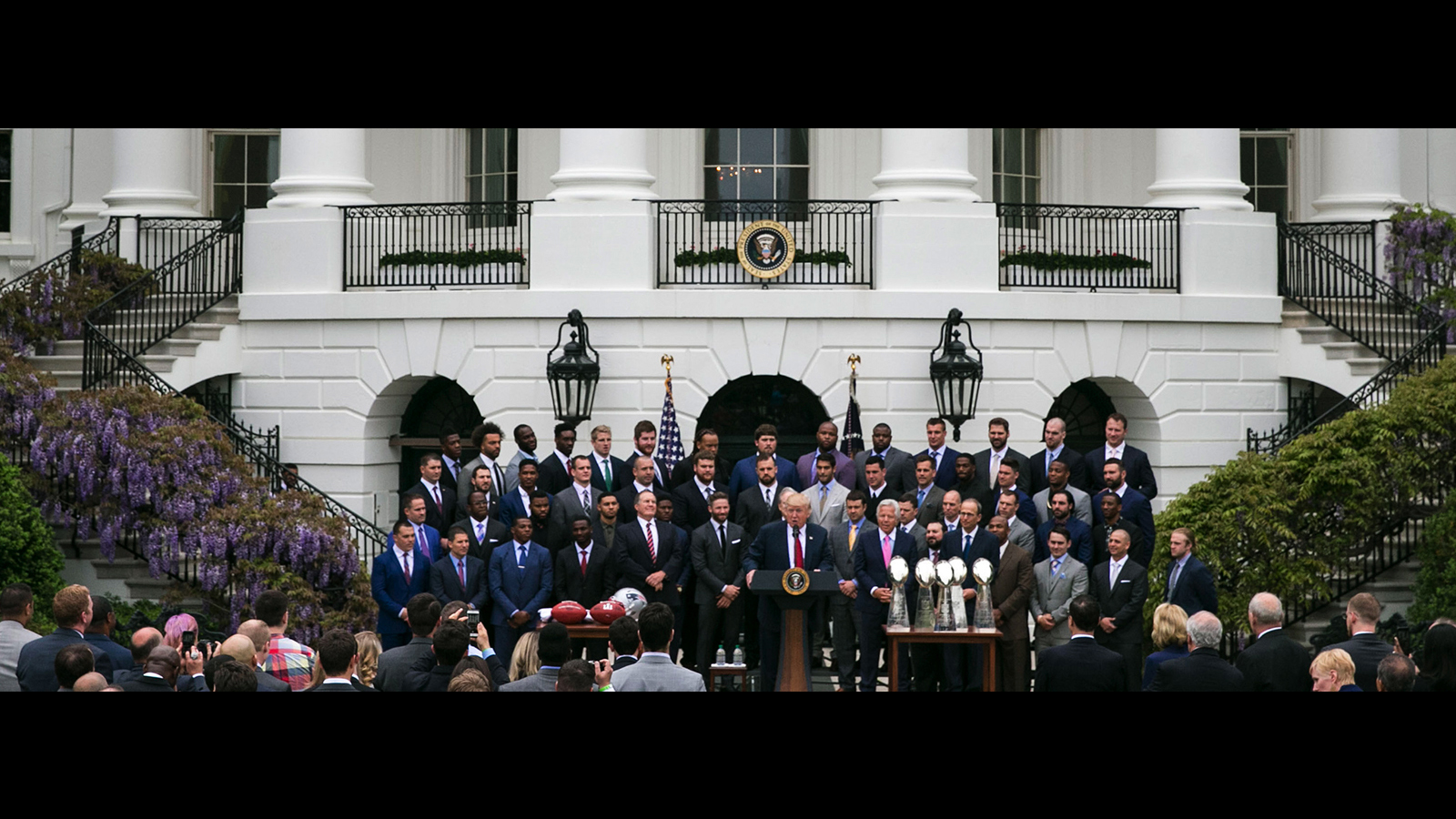 Though the White House has yet to comment on Wednesday’s turnout at the event to honor the Super Bowl champions, The Boston Globe reported that just 34 players attended the event. There are 64 players listed on the Patriots’ active team roster, though it’s unclear how many were invited.

The team responded Wednesday evening on Twitter, arguing that the images don’t tell the whole story: “These photos lack context. Facts: In 2015, over 40 football staff were on the stairs. In 2017, they were seated on the South Lawn.”

The Patriots followed up with another tweet, comparing Wednesday’s attendance with a ceremony during former President George W. Bush’s tenure: “Comparable photos: The last time the #Patriots won two Super Bowls in three years, 36 players visited the White House. Today, we had 34.”

Similarly, a White House official told CNN the comparisons were “apples to oranges” and suggested comparing attendance and media coverage from the Patriots’ visits during the Bush administration.

“The media never reported/cared who didn’t attend prior to today,” the official said. “This year, we had 34 players attend. On par with each of those other examples. But, now it is a big story. I wonder why that is.”

Among the athletes not in attendance was quarterback Tom Brady, who announced Wednesday morning that he would be absent for “family matters.”

Also missing were defensive end Chris Long, running back LeGarrette Blount, defensive tackle Alan Branch, linebacker Dont’a Hightower, defensive back Devin McCourty and tight end Martellus Bennett, some of whom explicitly cited their opposition to Trump as their reason for not attending. Bennett instead participated in a Facebook Live with television comedian Chelsea Handler.

Though many of the Super Bowl champions also skipped the White House visit in past years (including Brady, who was not in attendance in 2015), the Patriots’ earlier connections to Trump meant particular scrutiny this time around.

The President, who identifies as a friend and fan of Brady’s, also has ties to Patriots owner Bob Kraft and head coach Bill Belichick.

Just one day before the general election, Trump announced that Brady and Belichick supported his campaign – though Brady’s wife Gisele Bundchen later denied that he was a supporter.

Update: This story has been updated to include the apology by the New York Times’ sports editor.