‘Randamoozham’: India to produce its most expensive film ever

By Manveena Suri, CNN
Updated 3:50 AM EDT, Wed April 19, 2017
Link Copied!
Performers take part in a stage-adaptation of Mahabharata, an ancient Indian poem which is now being adapted into a big-budget movie.
BERTRAND LANGLOIS/AFP/AFP/Getty Images

"Randamoozham" is based on the Sanskrit epic "Mahabharata"

The two-part film is expected to be released in 2020

With a budget of $155 million, India is set to make the longest poem ever written into its most expensive film ever.

The figure may seem paltry by Hollywood standards, but it is new territory in India, where costs for its highest-budget movies barely skim $25 million.

Based on the Sanskrit epic the “Mahabharata,” “Randamoozham” has surpassed previous record-breaking budgets like that of the upcoming Tamil-language sci-fi thriller “2.0,” which cost $62 million to make and stars 65-year-old action superstar Rajinikanth. It has even beat the combined $65 million budget of the two-part blockbuster epic “Baahubali.”

The film will be financed by B.R. Shetty, an entrepreneur based in the United Arab Emirates, who has high hopes for the film.

“The ‘Mahabharata’ is an epic of all epics,” Shetty said in a statement. “I believe that this film will not only set global benchmarks, but also reposition India and its prowess in mythological storytelling. I am confident that this film will be adapted in over 100 languages and reach over 3 billion people across the world.”

“Randamoozham” will be an adaptation of the novel of the same name by M.T. Vasudevan Nair, an award-winning Malayalam author, who will also script the film.

It will be ad-maker-turned-director V.A. Shrikumar Menon’s second movie, with production expected to begin in September 2018. Set to be shot in English, Hindi, Malayalam, Kannada, Tamil and Telugu, the two-part film will be released in 2020.

According to a press release, the cast and crew will “include some of the great names in world cinema including some Academy winners. The cast will have the best of talents from Indian cinema as well as some big names from Hollywood.”

At 1.8 million words and nearly 10 times the length of the “Iliad” and the “Odyssey” combined, the “Mahabharata” is the longest poem ever written.

The text is believed to date back to between the 8th and 9th centuries BC and is traditionally understood to be written by Vyasa, a Hindu sage.

It tells the story of two sets of paternal cousins, the Pandava princes, whose father is the deceased King Pandu, and the Kauravas, sons of the blind King Dhritarashtra. The Pandavas and the Kauravas become rivals as they battle for the ancestral kingdom of Bharata.

Along with being an epic war narrative, the “Mahabharata” also contains philosophical and spiritual lessons.

“Randamoozham” will tell its story through the eyes of the second Pandava prince Bhima, tipped to be played by Keralan actor and producer Mohanlal.

For decades, the Hindi-film industry, or Bollywood, has stuck to a conventional plot of “boy meets girl, boy loses girl, boy wins back girl,” interjected with sequences of song and dance.

It’s a tried and tested formula but one that’s becoming stale as Indian audiences grow accustomed to the high production of American films and television.

However, in recent years Bollywood’s southern rivals, namely the Telugu film industry dubbed Tollywood, have been plowing in hefty funds and reaping the rewards.

Southern India’s film industry made 831 films in 2012, according to the Film Federation of India.

The upcoming “Baahubali 2: The Conclusion” is a mythological saga based on a traditional plot of good vs. evil and charts the journey of a prince who rediscovers his royal roots and sets out to reclaim his kingdom.

The first installment drew comparisons to “The Lord of the Rings” and the second has already made $74 million through satellite and screening rights ahead of its April 28 release, according to the Indian Express. It’s good news for the visual effects (VFX) laden film that cost $38.7 million to make. 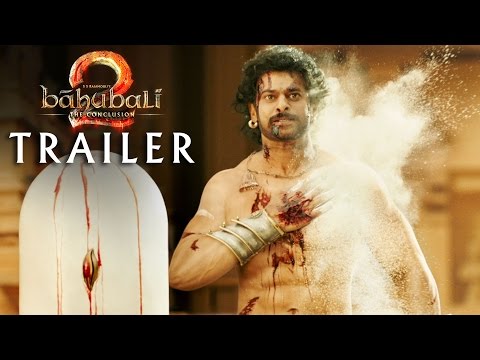 For years, Indian films have been notorious for poor special effects, but with the rise of Hollywood tapping into Indian VFX companies for Oscar-winning productions like “The Jungle Book” and “Life of Pi” as well as HBO’s “Game of Thrones,” Indian filmmakers are now making use of the home advantage.

According to the KPMG FICCI Media and Entertainment Industry Report 2016, India has nearly 300 animation, 40 VFX and 85 game development studios with more than 15,000 employees between them.