‘Second chance’: Rod Carew saved by heart from NFL player who died at 29

Konrad Reuland died in December after a brain aneurysm

It was the late 1990s and Reuland was a sixth-grader in Southern California.

Almost 20 years later, they are forever together. Reuland was an organ donor; after he died in December, his heart and a kidney went to Carew, who desperately needed a heart.

On Friday, the American Heart Association revealed the story of how the families of the baseball legend and the young NFL player who passed away after a brain aneurysm learned of unusual circumstances surrounding the gift to Carew.

Most of the time, people who receive organ transplants don’t find out who the donor was.

But Carew’s wife, Rhonda, and Reuland’s mother, Mary, figured out that the former NFL player, who died at age 29, gave new life to the 71-year-old baseball Hall of Famer.

Carew had a heart attack while at a golf course in September 2015. Doctors implanted a mechanical heart device. Fourteen months later, he was put on the heart transplant list.

Konrad Reuland during a 2012 game with the New York Jets.
George Gojkovich/Getty Images

The opportunity came the next month, at the time when stories of Reuland’s death were in the news. The hulking tight end had in November developed a terrible headache while running on a treadmill, working out in hopes of getting a tryout with another NFL team.

Weeks later he had brain surgery, but never regained consciousness.

Before Reuland, who played three seasons for the New York Jets and Baltimore Ravens, died doctors took his heart, kidneys and liver.

Carew was a match. On December 16, he received a new heart and a kidney.

Carew on daughter's fight with Leukemia (1996)

Putting together the clues

Almost immediately, friends of the Carews wondered whether they came from Reuland.

There were some clues; Carew’s wife was told the donor was an exceptionally healthy local man in his late 20s, the heart association said on its news website.

Rod Carew was inducted to the National Baseball Hall of Fame in 1991.
David Durochik/AP

She asked a doctor for the man’s precise age and was told 29 (also Carew’s uniform number).

Reuland’s mother was told the recipient was a 71-year-old man from Southern California. At a dinner honoring her son a few days before Christmas, some people told her about Carew.

A little Web searching about Carew’s transplants persuaded her to get in touch with Carew’s wife, the heart association reported.

They began a joint investigation and uncovered details that led them to conclude Carew and Reuland were connected through the organ donation.

Mary Reuland called the organization that guides organ transplants, and asked them to confirm Carew was the recipient.

On March 2, the Carews and Reulands got together. The Reulands each took a stethoscope and listened to Konrad’s heart in Carew’s chest, the heart association said. 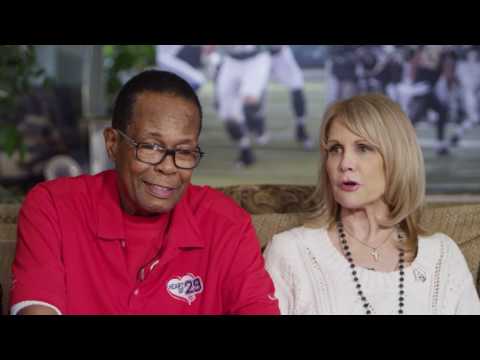 “Does it sound the same?” Rhonda Carew asked Mary Reuland, according to a YouTube video posted by the Ravens.

Reuland nodded and smiled, “I’ve got it memorized.” 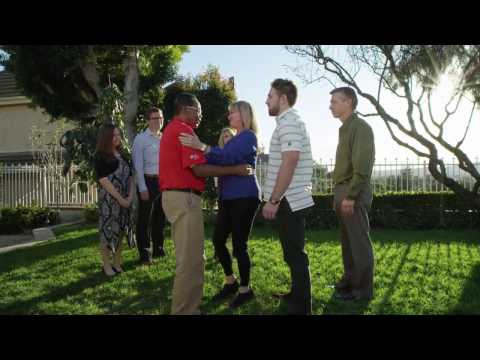 Carew, a seven-time American League batting champion and the AL Most Valuable Player in 1981 when he hit .388, is getting healthier.

“I will take care of it, this heart, because I’ve been given a second chance,” Carew told Mary Reuland.

The families, who had children at the same school back when Carew had the chance encounter with Konrad Reuland, have become fast friends.

“I told them when they came here, and I strongly believe this, that they are now a part of our family,” Mary Reuland told the Los Angeles Times. “My son’s heart is beating in your chest. You are a part of our family, and you will be invited to family functions whether you want to come or not.”