‘Forces of Destiny’ focuses on heroines of ‘Star Wars’

The shorts will debut in July

A two-part TV special is planned for fall

The women of “Star Wars” are getting a chance to conquer the universe.

Disney and Lucasfilm have announced that the female heroes of “Star Wars” are getting a series of animated shorts, which will debut on Disney’s You Tube channel in July.

“Rey, Ahsoka Tano, Jyn Erso, Princess Leia, Sabine Wren, and other icons of a galaxy far, far away will take center stage in Star Wars Forces of Destiny – a new animated micro-series and initiative celebrating some of Star Wars’ most beloved and inspirational characters,” according to StarWars.com. 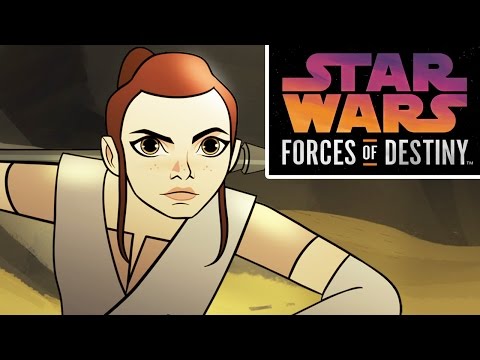 “Star Wars Forces of Destiny” will “remain true to the Star Wars canon, showing how choices both big and small ultimately shape the destinies of beloved characters,” the post read.

Those characters will be voiced by some of the actresses who portrayed them in the original projects, including Daisy Ridley (Rey in “The Force Awakens”), Felicity Jones (Jyn Erso in “Rogue One” ), Tiya Sircar (Sabine Wren in “Star Wars Rebels”), Ashley Eckstein (Ahsoka Tano “Star Wars: The Clobe Wars” and “Star Wars Rebels”), and Lupita Nyong’o (Maz Kanata in “Star Wars The Last Jedi,” who will narrate the series.)

The You Tube animated shorts will be packaged with eight other for a two-part TV special to air on the Disney Channel in the fall.