How close are we to Elon Musk’s brain-computer interface?

Despite challenges, researchers are excited about its huge potential

Just as ancient Greeks fantasized about soaring flight, today’s imaginations dream of melding minds and machines as a remedy to the pesky problem of human mortality.

Can the mind connect directly with artificial intelligence, robots and other minds through brain-computer interface (BCI) technologies to transcend our human limitations?

Over the last 50 years, researchers at university labs and companies around the world have made impressive progress toward achieving such a vision.

How close are we really to successfully connecting our brains to our technologies? And what might the implications be when our minds are plugged in?

Brain-Computer Interface - Mysteries of the Brain 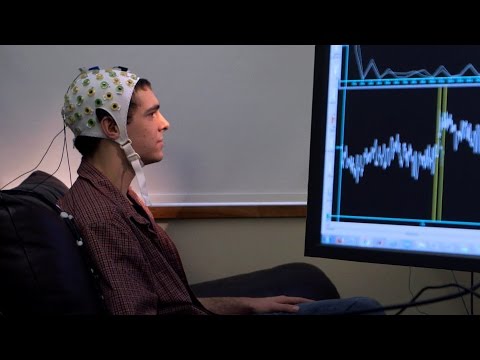 How do brain-computer interfaces work and what can they do?

Eb Fetz, a researcher here at the Center for Sensorimotor Neural Engineering (CSNE), is one of the earliest pioneers to connect machines to minds. In 1969, before there were even personal computers, he showed that monkeys can amplify their brain signals to control a needle that moved on a dial.

Much of the recent work on BCIs aims to improve the quality of life of people who are paralyzed or have severe motor disabilities. You may have seen some recent accomplishments in the news: University of Pittsburgh researchers use signals recorded inside the brain to control a robotic arm. Stanford researchers can extract the movement intentions of paralyzed patients from their brain signals, allowing them to use a tablet wirelessly.

Elon Musk wants to merge man and machine; here’s what he’ll need to work out

Similarly, some limited virtual sensations can be sent back to the brain, by delivering electrical current inside the brain or to the brain surface.

What about our main senses of sight and sound? Very early versions of bionic eyes for people with severe vision impairment have been deployed commercially, and improved versions are undergoing human trials right now. Cochlear implants, on the other hand, have become one of the most successful and most prevalent bionic implants – over 300,000 users around the world use the implants to hear.

The most sophisticated BCIs are “bi-directional” BCIs (BBCIs), which can both record from and stimulate the nervous system. At our center, we’re exploring BBCIs as a radical new rehabilitation tool for stroke and spinal cord injury. We’ve shown that a BBCI can be used to strengthen connections between two brain regions or between the brain and the spinal cord, and reroute information around an area of injury to reanimate a paralyzed limb.

With all these successes to date, you might think a brain-computer interface is poised to be the next must-have consumer gadget.

But a careful look at some of the current BCI demonstrations reveals we still have a way to go: When BCIs produce movements, they are much slower, less precise and less complex than what able-bodied people do easily every day with their limbs. Bionic eyes offer very low-resolution vision; cochlear implants can electronically carry limited speech information, but distort the experience of music.

And to make all these technologies work, electrodes have to be surgically implanted – a prospect most people today wouldn’t consider.

Considering ethics now, before radically new brain technologies get away from us

Not all BCIs, however, are invasive. Noninvasive BCIs that don’t require surgery do exist; they are typically based on electrical (EEG) recordings from the scalp and have been used to demonstrate control of cursors, wheelchairs, robotic arms, drones, humanoid robots and even brain-to-brain communication. 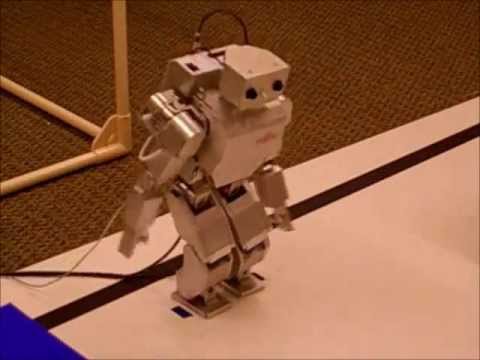 Above: The first demonstration of a noninvasive brain-controlled humanoid robot “avatar” named Morpheus in the Neural Systems Laboratory at the University of Washington in 2006. This noninvasive BCI infers what object the robot should pick and where to bring it based on the brain’s reflexive response when an image of the desired object or location is flashed.

But all these demos have been in the laboratory – where the rooms are quiet, the test subjects aren’t distracted, the technical setup is long and methodical, and experiments last only long enough to show that a concept is possible. It’s proved very difficult to make these systems fast and robust enough to be of practical use in the real world.

Even with implanted electrodes, another problem with trying to read minds arises from how our brains are structured. We know that each neuron and their thousands of connected neighbors form an unimaginably large and ever-changing network. What might this mean for neuroengineers?

A 24-year-old female study participant responds to a "yes or no" question with just her thoughts.
Wyss Center

Decoding the thoughts of patients who can't even blink

Imagine you’re trying to understand a conversation between a big group of friends about a complicated subject, but you’re allowed to listen to only a single person. You might be able to figure out the very rough topic of what the conversation is about, but definitely not all the details and nuances of the entire discussion.

Because even our best implants only allow us to listen to a few small patches of the brain at a time, we can do some impressive things, but we’re nowhere near understanding the full conversation.

There is also what we think of as a language barrier. Neurons communicate with each other through a complex interaction of electrical signals and chemical reactions. This native electro-chemical language can be interpreted with electrical circuits, but it’s not easy. Similarly, when we speak back to the brain using electrical stimulation, it is with a heavy electrical “accent.” This makes it difficult for neurons to understand what the stimulation is trying to convey in the midst of all the other ongoing neural activity.

Finally, there is the problem of damage. Brain tissue is soft and flexible, while most of our electrically conductive materials – the wires that connect to brain tissue – tend to be very rigid. This means that implanted electronics often cause scarring and immune reactions that mean the implants to lose effectiveness over time. Flexible biocompatible fibers and arrays may eventually help in this regard.

Despite all these challenges, we’re optimistic about our bionic future. BCIs don’t have to be perfect. The brain is amazingly adaptive and capable of learning to use BCIs in a manner similar to how we learn new skills like driving a car or using a touchscreen interface. Similarly, the brain can learn to interpret new types of sensory information even when it’s delivered noninvasively using, for example, magnetic pulses. 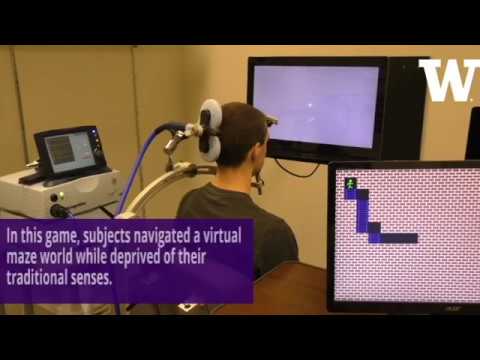 Ultimately, we believe a “co-adaptive” bidirectional BCI, where the electronics learns with the brain and talks back to the brain constantly during the process of learning, may prove to be a necessary step to build the neural bridge. Building such co-adaptive bidirectional BCIs is the goal of our center.

We are similarly excited about recent successes in targeted treatment of diseases like diabetes using “electroceuticals” – experimental small implants that treat a disease without drugs by communicating commands directly to internal organs.

Do brain interventions to treat disease change the essence of who we are?

And researchers have discovered new ways of overcoming the electrical-to-biochemical language barrier. Injectible “neural lace,” for example, may prove to be a promising way to gradually allow neurons to grow alongside implanted electrodes rather than rejecting them. Flexible nanowire-based probes, flexible neuron scaffolds and glassy carbon interfaces may also allow biological and technological computers to happily coexist in our bodies in the future.

From assistive to augmentative

Elon Musk’s new startup Neuralink has the stated ultimate goal of enhancing humans with BCIs to give our brains a leg up in the ongoing arms race between human and artificial intelligence. He hopes that with the ability to connect to our technologies, the human brain could enhance its own capabilities – possibly allowing us to avoid a potential dystopian future where AI has far surpassed natural human capabilities. Such a vision certainly may seem far-off or fanciful, but we shouldn’t dismiss an idea on strangeness alone. After all, self-driving cars were relegated to the realm of science fiction even a decade and a half ago – and now share our roads.

In a closer future, as brain-computer interfaces move beyond restoring function in disabled people to augmenting able-bodied individuals beyond their human capacity, we need to be acutely aware of a host of issues related to consent, privacy, identity, agency and inequality. At our center, a team of philosophers, clinicians and engineers is working actively to address these ethical, moral and social justice issues and offer neuroethical guidelines before the field progresses too far ahead.

Connecting our brains directly to technology may ultimately be a natural progression of how humans have augmented themselves with technology over the ages, from using wheels to overcome our bipedal limitations to making notations on clay tablets and paper to augment our memories.

Much like the computers, smartphones and virtual reality headsets of today, augmentative BCIs, when they finally arrive on the consumer market, will be exhilarating, frustrating, risky and, at the same time, full of promise.