Let the naming games begin because Alex Rodriguez and Jennifer Lopez are officially a couple.

The former Yankees star and singer/actress had been spotted crisscrossing the country together over the past few weeks, sparking speculation they were dating and debate over an appropriate moniker for the twosome.

During an appearance on Friday’s episode of “The View,” Rodriguez acknowledged that he and Lopez are, in fact, a thing.

“We’re having a great time, she’s an amazing, amazing girl, and one of the smartest human beings I’ve ever met and also an incredible mother,” Rodriguez said. 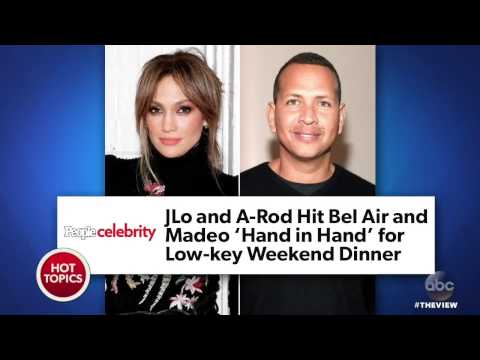 Lopez has two children from her marriage to singer Marc Anthony, 9-year-old twins, Max and Emme. Rodriguez has two daughters, Natasha, 12, and Ella, 8, from his marriage to Cynthia Scurtis.

Beyond family, the new couple also shares a love for the Yankees, according to Rodriquez.

When asked by “The View” hosts if he had learned anything about Lopez that would surprise them, Rodriguez revealed Jenny from the block was a high school track star.

Whether they become known as A-Lo or J-Rod, these two sound like a good match.