Nearly a decade after “An Inconvenient Truth” first hit theaters, former Vice President Al Gore is back and this time he has his sights set on President Donald Trump.

The trailer for “An Inconvenient Sequel: Truth to Power” was released on Tuesday and opens with a clip of Trump on the campaign trail. 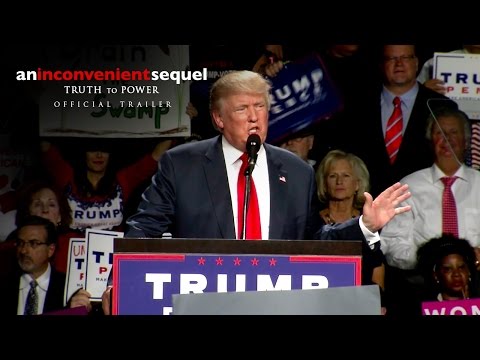 While this joke may have gone over well with rally attendees, for Gore, the narrator and star of the film, this is no laughing matter.

The trailer goes on to show images of wildfires and floods while audio clips of Trump promising to cut climate change funding play in the background setting him up as the movie’s villain.

The same day the trailer was released Trump signed an executive order curbing the federal government’s enforcement of climate regulations giving the film’s tagline – fight like your world depends on it – a whole new meaning.

While it may be too soon to speculate box office numbers for the sequel, the film’s predecessor,” An Inconvenient Truth,” grossed over 24 million dollars domestically and even garnered two Academy Awards.