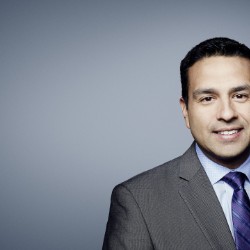 In a surprising move the Venezuelan opposition is calling a coup, the Venezuelan Supreme Court has stripped the country’s National Assembly of its powers. The court ruled that all powers vested under the legislative body will be transferred to the Supreme Court, which is stacked with government loyalists.

The ruling effectively means the three branches of the Venezuelan government will be controlled by the ruling United Socialist Party. The opposition has been taken out of the picture.

“Nicolás Maduro has staged a coup d’état,” National Assembly President Julio Borges said Thursday. “What this ruling means is that, for the first time, Nicolás Maduro has all the power to enact laws, assign contracts, incur foreign debt and persecute fellow Venezuelans.”

Maduro spoke about the ruling in a message broadcast live Thursday on the government’s TV network.

“They’re giving me and authorizing me, enabling special powers that stem out of the state of emergency clauses in our constitution. This is an order by the Supreme Court. It’s a historic ruling,” Maduro said.

The ruling sent shock waves across the region. The Peruvian government broke off diplomatic relations with Venezuela over the matter, recalling Mariano López Chávarry, its ambassador to Caracas.

In a statement issued by Peru’s Foreign Ministry, Peruvian President Pedro Pablo Kuczynski called the court ruling “an arbitrary measure that disrupts the rule of law and constitutes a breakup of the constitutional and democratic order.”

The Supreme Court ruling says the judicial branch will execute all legislative powers that normally belong to the National Assembly, which has had an opposition majority since January 2016.

“Let it be known that, as long as the contempt situation persists and the National Assembly actions are invalidated, this constitutional court will guarantee that all parliamentary functions will be exercised by this court, or an institution designed by it, in order to safeguard the rule of law,” the court wrote.

The court declared the National Assembly in contempt last year for swearing in three legislators from Amazonas state. Their elections were deemed invalid by the court.

Former presidential candidate and opposition leader Henrique Capriles denounced the ruling while on a trip to neighboring Colombia on Thursday.

“In Venezuela, we have a government operating outside the constitution. There’s now a dictatorship in Venezuela. They have crossed the line,” Capriles said.

Scuffles broke out outside the Venezuelan Supreme Court building Thursday afternoon, with anti-government protesters trying to storm the facility as the National Guard blocked access. Some protesters yelled at the guards, using expletives and calling them “traitors to the motherland.”

Venezuela is facing a deep humanitarian crisis sparked by an economic meltdown. Shortages of basic food products and medicines are commonplace. Inflation is expected to rise 1,660% this year and 2,880% in 2018, according to the International Monetary Fund.

In an unprecedented move, especially for the socialist government, Maduro announced March 24 that his government asked the United Nations for help in dealing with Venezuela’s medicine shortages, which have grown severe as the country grapples with the crisis.

Earlier in March, data from the country’s central bank revealed Maduro’s government is running out of cash. Venezuela has $10.5 billion in foreign reserves left. Given that the country owes $7.2 billion in outstanding debt payments, it means Venezuela will run out of cash at some point, depending on fluctuation of oil prices.

The Organization of American States met Tuesday to address the political crisis in Venezuela, but member states fell short of finding consensus on the goal of imposing sanctions and demanding the release of political prisoners, issuing instead a statement to “keep on examining options, with the participation of all parties in Venezuela, to support democracy and the rule of law under the Venezuelan constitution.”

CNN’s Marilia Brocchetto and Patrick Gillespie contributed to this report.