By Lisa Respers France, CNN
Updated 1:25 PM EDT, Tue March 28, 2017
Link Copied!
Ad Feedback
This is a story all about how ... the cast of the popular 1990s comedy "The Fresh Prince of Bel Air" has been faring since the show went off the air in 1996.
Paul Drinkwater/NBCU Photo Bank/Getty Images
Will Smith starred as Will "The Fresh Prince" Smith, who moves from the troubled streets of Philadelphia to live with wealthy relatives in Bel Air. The actor used it as a springboard to stardom, appearing in blockbuster films like "Independence Day," "Men in Black" and "I Am Legend." His last major film, "Suicide Squad," was released in August 2016.
Chris Haston/NBCU Photo Bank/Michael Kovac/Getty Images
Alfonso Ribeiro will always be identified with Will's preppy cousin Carlton Banks, who even has a dance named after him. In 2014, Ribeiro won season 19 of "Dancing With the Stars." He currently hosts ABC's "America's Funniest Videos."
NBCU Photo Bank/Alberto E. Rodriguez/Getty Images
Hilary Banks was Will's snobby and ditzy cousin, the older daughter of the Banks family. Actress Karyn Parsons did a few films like "The Ladies Man" and TV shows like "The Job." Parsons left Hollywood, married, became a mom and started Sweet Blackberry, which produces short films based on African-American history for children.
Gary Null/NBCU Photo Bank/Daniel Boczarski/Getty Images
Tatyana Ali portrayed the youngest Banks child, Ashley. She graduated from Harvard University in 2002, started a production company and had roles on "The Young and the Restless" and "Love That Girl!" She and husband Vaughn Rasberry welcomed their first child together, a son, in September 2016.
Chris Haston/NBCU Photo Bank/Jason Kempin/Getty Images
Janet Hubert starred as the original Aunt Vivian, the Banks family matriarch. She's been pretty outspoken about her firing from the show in 1993 over creative differences. She's had roles on "Gilmore Girls" and "One Life to Live."
Paul Drinkwater/NBCU Photo Bank/Johnny Nunez/WireImage/Getty Images
Daphne Maxwell Reid stepped in as Vivian Banks in 1993, a move that was not popular with some fans. She's continued to work in television on shows like "Eve" and "Let's Stay Together."
Chris Haston/NBCU Photo Bank/Michael Tran/FilmMagic/Getty Images
Joseph Marcell played the Bankses' long-suffering butler, Geoffrey. Marcell lives in London and has done a fair amount of work on stage and screen, including the British series "Eastenders."
Chris Haston/NBCU Photo Bank/Richard Shotwell/Invision/AP
A pregnancy for Aunt Viv was written into the show after Hubert became pregnant. Ross Bagley starred as Nicky Banks. He has since had guest-starring roles on shows including "Providence" and "Judging Amy."
NBCU Photo Bank/Getty Images/Louis Fisher/Retna Ltd/Corbis
Nia Long starred as Will's fiancee, Lisa Wilkes, during season 5. She currently appears on the WE series "The Divide" and has appeared in several popular films including "The Best Man" and its sequel, "The Best Man Holiday."
NBCU Photo Bank/Frederick M. Brown/Getty Images
James Avery was everyone's favorite uncle, Philip Banks. He continued to act after the series ended and died after heart surgery in 2013.
NBCU Photo Bank/Getty Images

Now this is a story all about how the stars of “The Fresh Prince of Bel-Air” thrilled fans with a single photo.

The brief reunion of the surviving cast is just the latest morsel to stoke fans’ hopes that there will be some type of follow-up to the hit 1990s sitcom.

“Always amazing to spend an afternoon with my Fresh Prince family,” Ribeiro wrote in the photo caption. “Wishing that James Avery was still with us to make this complete.”

Avery, who played the beloved Uncle Phil, died in 2013 as a result of complications from heart surgery.

Some fans recently noted that a bungee-jumping Smith looked exactly like the late Avery.

Will Smith bungee jumps off the Victoria Falls Bridge 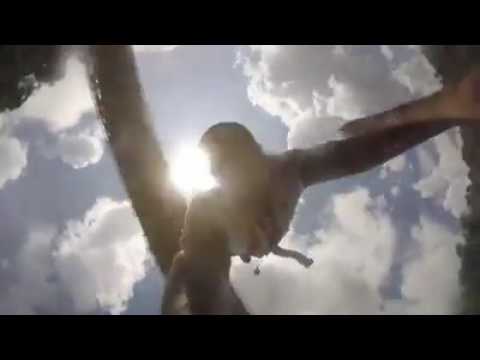 Screen grabs of Smith’s face as he jumped began appearing on social media as fans noted that the “Ali” star resembled the man who played his uncle in the TV comedy.