‘Fences up in the sky’: Cyclone Debbie lashes Queensland coast

Authorities warn of risks of flooding

Wind is strong enough to "blow you away," mayor says

Tropical Cyclone Debbie barreled down Tuesday on northeast Australia, dumping torrential rain on the region and leaving more than 50,000 homes without power.

The massive storm is the most powerful since Cyclone Yasi, a Category 5 storm which tore through the region in 2011.

The worst of the damage so far appears to have been in the Whitsunday Islands, a popular destination for tourists hoping to catch a glimpse of the Great Barrier Reef.

“The ferocity of these wind speeds is actually taking roofs of houses, it’s sending fences up in the sky,” Queensland Premier Annastacia Palaszczuk told CNN.

Pounding winds and debris as second half of #CycloneDebbie lashes Airlie Beach pic.twitter.com/UBf6kcM6gO

Officials and meteorologists warn that the cyclone’s slow progress means it’s likely to pose a greater danger to the region’s 250,000 people than speedier storms.

“Rather than coming in and just giving you one sucker punch, it’s just hanging off and just belting us and belting us,” Andrew Wilcox, the mayor of the Whitsunday regional council, told CNN.

Queensland police commissioner Ian Stewart compared it to “a battering ram” in an interview with 7 News.

Mayor Wilcox said Cyclone Debbie is the worst storm he’s ever seen in the 48 years he’s lived in the area.

“It’s normally a beautiful place,” he told CNN. “(Now) you wouldn’t step outside because the wind would blow you away.”

But the rain could be more deadly than the wind.

Some 400 or more millimeters (16 inches) could hit the city of Mackay in the coming days, according to CNN meteorologist Pedram Javaheri. That’s about is about a third of its annual average.

Palaszczuk told Nine News Queensland 211 millimeters (8 inches) of rain fell in an area south of the town of Proserpine in just one hour – a once-a-century event.

The town usually averages 208.5 millimeters of rain a month, according to the Australian Bureau of Meteorology.

The rainfall, combined with a dangerous storm tide, could cause major flooding, according to the Australian Bureau of Meteorology.

Flooding could be severe as the cyclone has coincided with a 12-foot tide in Bowen – one of the highest tides of the year, according to CNN affiliate 7 News Australia.

“Typically, fatalities are related to the water element, the flooding concern and the storm surge, and those are both very high right now,” Javaheri said.

But the surge appears it won’t be as bad as it could have been, Palaszczuk said.

“We were very concerned about people living on those northern beaches and whether or not the tidal surge – the storm tide surge – would exceed 2.5 meters (8.2 feet),” said in an interview with CNN. “Thankfully, it’s definitely not going to get to that. “

The cloud field stretched 1,200 kilometers (746 miles) across, according to Javaheri – big enough to stretch from Paris to Warsaw, Poland.

But the “very destructive core” of the cyclone already wreaked havoc through outlying islands and the nearby mainland, the meteorology bureau said.

“Scariest thing I’ve ever gone through,” Sassha Kozachenko said on Instagram. On Airlie Beach, detritus and debris could be seen hurtling through the air in videos posted on social media.

The severe weather has already claimed the life of a 31-year-old woman after dangerous conditions were linked to a fatal car crash Monday near Proserpine.

One man was taken to the hospital after being injured by a collapsing wall, Police Commissioner Stewart said.

Residents reported trees ripped from the ground and their apartments shaking and windows breaking. Pristine beaches that were bright and sunny Monday were completely flooded Tuesday.

“It’s extremely ferocious out there,” storm chaser James Reynolds told CNN. “The back-end of Debbie is really making itself (felt).”

But the damage before the eye hit appeared to be mostly superficial, Reynolds said.

Facebook activated its “Safety Check” feature for users to check in on their friends and family in the region.

The cyclone was big enough to be seen from the cameras aboard the International Space Station. 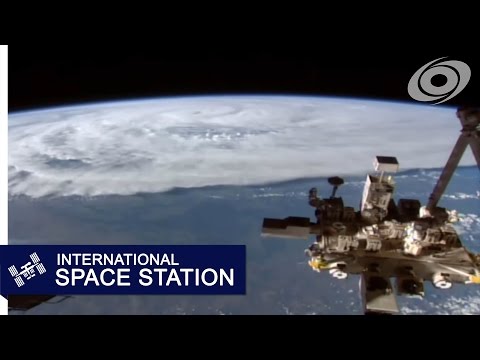 Authorities were seeking to evacuate 25,000 people from Mackay in the lead-up to the storm, Palaszczuk told CNN.

More than 1,000 emergency service workers had been sent to the region in preparation, and all schools remain closed until further notice, 7 News reported.