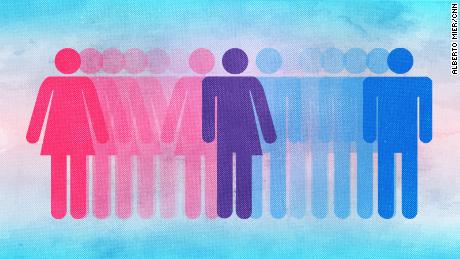 This piece, originally posted on March 23, has been updated to reflect the latest developments in the debate

(CNN)A year ago, North Carolina became the first state to pass what we now know as a "bathroom bill." And even though the state says it's now planning to do away with it, LGBT groups say it's a "repeal" in name only.

HB 2 not only forbids transgender people from using restrooms they identify with in government facilities; it also prevents local governments from passing non-discrimination ordinances like the one in Charlotte that inspired it.
The measure angered many Tar Heels and civil rights groups and prompted businesses, entertainers and sports leagues to boycott the state. Even the state's lawmakers can't agree on what to do with it.
To some, the fallout offers a cautionary tale of what not to do, turning the state into a shorthand for bad policy decisions leading to dire consequences. To others, the Public Facilities Privacy & Security Act represents a bold defense of privacy rights that has inspired similar measures.
Here's where things stand a year later:
Read More

HB 2 has cost North Carolina hundreds of millions of dollars

HB 2 probably cost the state millions through the loss of jobs, businesses, and consumer spending. But, even the top estimate would only represent a small fraction of the state's overall economy -- about $510 billion in gross domestic product.
While such economic losses are not insignificant, "the state's overall economy is large enough that the losses are only about 0.1 percent of the total GDP," according to Politifact.

... and hundreds, if not thousands of jobs

PayPal and Deutsche Bank seized the opportunity to take a bold stand against HB 2 by calling off job expansion plans. But there's no way to account for businesses who made similar decisions behind closed doors without issuing news releases about it.

The Boss and others canceled shows

Bruce Springsteen, Pearl Jam, Demi Lovato and Nick Jonas canceled concerts in the state. Those cancellations and others cost the Greensboro Coliseum Complex dearly, to the approximate tune of:
- $100,000 for Springsteen
- $68,000 for Cirque du Soleil
- $20,00 for the band Boston
- $72,261 from the ACC Swimming and Diving Championships
- $493,124 for the NCAA men's basketball regional

The biggest blow came from sports

The NCAA pulled all 2016 and 2017 tournaments from the state: basketball, golf, even swimming. Greensboro lost early-round games in the 2017 NCAA men's basketball tournament.
Charlotte lost the 2017 NBA All-Star game as well as concerts, conferences and more sporting events.

Understandably, sports fans are worried about the future

Conservative estimates of direct visitor spending on lodging, restaurants and retail from those events run around $250 million.
The NCAA said it'll stand its ground as long as HB 2 exists.

HB 2's opponents say it has emboldened lawmakers in other states as part of broader backlash against LGBT rights that's been growing ever since same-sex marriage was legalized in the US.