By Lisa Respers France, CNN
Updated 5:46 PM EDT, Thu March 23, 2017
Link Copied!
Ad Feedback
Advocacy groups have accused the sci-fi film "Annihilation" of "whitewashing" characters like Natalie Portman's Lena who is described as being of Asian heritage in the sequel to the novel the movie is based on.
Paramount Pictures
Some fans were not happy with the casting of non-Asian actors in the lead roles of the Netflix film "Death Note." The movie is an adaptation of a Japanese manga of the same name. As you'll see from this gallery, it's not the first time such casting has stirred controversy.
Netflix
"Ghost in the Shell" is another live action adaptation of a Japanese project which was accused of "whitewashing" with its casting of Scarlett Johansson as the lead character.
Dreamworks
Marvel's "Iron Fist" series on Netflix also caught heat for having "Game Of Thrones" actor Finn Jones star as a martial arts expert.
Myles Aronowitz/Netflix
Matt Damon was put as the lead in Zhang Yimou's English-language debut "The Great Wall," set in ancient China. The choice drew criticism, most prominently from 'Fresh Off The Boat' star Constance Wu.
Universal Pictures
The makers of 2016's "Gods of Egypt" came under fire for showcasing a mostly white cast that includes Danish actor Nikolaj Coster-Waldau, left, and Australian actor Brenton Thwaites alongside Scotsman Gerard Butler. Amid intense criticism, director Alex Proyas issued an apology, saying, "it is clear that our casting choices should have been more diverse."
Summit Entertainment
Writer-director Cameron Crowe cast Emma Stone as a Hawaiian woman who is one-quarter Chinese in his movie "Aloha." Crowe apologized after many criticized the casting choice, although he said Stone's character was based on a real-life redhead who was part Asian.
Tim Whitby/WireImage/Getty Images
Some fans were less than thrilled when actress Rooney Mara was cast as Tiger Lily in "Pan," a planned live-action adaptation of "Peter Pan." The character is Native American, and Mara, best known for starring in "The Girl With the Dragon Tattoo," is reportedly of Irish descent. According to Variety, "The world (of 'Pan') being created is multi-racial/international -- and a very different character than previously imagined."
Jason Merritt/Getty Images
Johnny Depp played Native American sidekick Tonto in the 2013 film "The Lone Ranger." He was criticized as soon as the image appeared.
Peter Mountain/Disney/IMDB
Ben Affleck played a real-life Hispanic character, Tony Mendez, in the Academy Award-winning 2012 film "Argo."
Claire Folger/ Warner Bros. Pictures
Jim Sturgess played Hae-Joo Chang in "Cloud Atlas" in 2012. Sturgess wasn't the only performer to go against ethnic type in "Cloud Atlas," in which actors played several roles.
Reiner Bajo/Warner Bros/IMDB
Jake Gyllenhaal played Dastan in "Prince of Persia: The Sands of Time" in 2010. The choice left many fans unhappy.
Disney/IMDB
Nicola Peltz and Jackson Rathbone starred as Katara and Sokka in "The Last Airbender." Their casting, along with that of star Noah Ringer as Aang, caused an outcry over the Asian-inspired movie. The Media Action Network for Asian-Americans urged a boycott upon its release in 2010.
Paramount Pictures/IMDB
Canadian actor Justin Chatwin starred as Goku in "Dragonball: Evolution" in 2009.
Twentieth Century Fox/IMDB
Josh Hartnett played Eben Oleson in the 2007 film "30 Days of Night." In the comic book the film is based on, the character is an Alaskan sheriff of Inuit descent.
Columbia Pictures/IMDB
Angelina Jolie darkened her skin slightly to portray journalist Mariane Pearl in the 2007 film "A Mighty Heart." The French-born Pearl is of mixed heritage.
INDRANIL MUKHERJEE/AFP/Getty Images
Peter Sellers darkened his skin to play Hrundi V. Bakshi in the 1968 movie "The Party."
Bruce McBroom/MPTV/IMDB
Elizabeth Taylor played the Queen of the Nile in the 1963 film "Cleopatra," which co-starred her real-life love Richard Burton. There was backlash in 2010 when it was announced that Angelina Jolie had been cast in a planned film based on the book "Cleopatra: A Life."
Bob Penn/Twentieth Century Fox/IMDB
Natalie Wood played Maria, a Puerto Rican character, in the 1961 musical film "West Side Story."
Metro-Goldwyn-Mayer Studios/IMDB
Charlton Heston played a Mexican official, Miguel Vargas, in the 1958 noir film "Touch of Evil."
Universal Pictures/IMDB
Marlon Brando was cast as Sakini, a local from Okinawa, in the 1956 comedy "The Teahouse of the August Moon."
Sanford Roth/MPTV/IMDB
John Wayne, at right with John Hoyt and Thomas Gomez, played Genghis Khan in "The Conqueror" in 1956.
Russian-born Yul Brynner plays the King of Siam in the 1956 musical "The King and I."
Twentieth Century Fox/MPTV/IMDB
Katharine Hepburn plays an Asian woman, Jade Tan, in the 1944 film "Dragon Seed."
Metro-Goldwyn-Mayer/Getty Images

Some fans are not happy with casting

It's the latest accusation of "whitewashing"

It’s not a good time for Netflix and Asian-adapted projects.

On the heels of the streaming giant facing charges of “whitewashing” by casting a white actor to play a martial arts expert in “Iron Fist,” a new controversy has emerged. 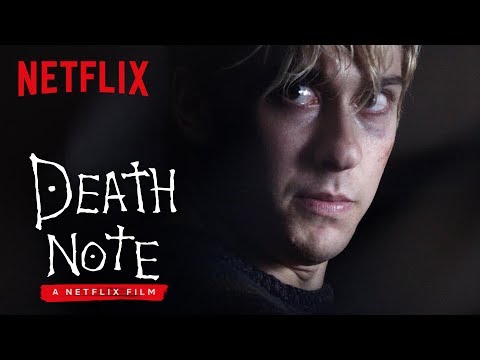 Starring “The Fault in Our Stars” actor Nat Wolff and “Atlanta” actor Lakeith Stanfield, “Death Note” tells the story of a Japanese high school student who discovers a supernatural notebook.

Wolff is white and Stanfield is African American, causing some to question why Asian actors were not cast in the lead roles.

Me after watching the #DeathNote trailer pic.twitter.com/bzoFS8QyGh

There’s a widespread lack of Asian representation in Hollywood projects.

Asian actors made up just 5.1% of speaking or named characters across film, television and digital series in 2014, according to a University of Southern California study released last year.

Constance Wu, who stars in the ABC comedy “Fresh Off The Boat,” wrote about the value of Asian representation onscreen when Matt Damon was cast to as the lead in the film “The Great Wall.”

“Our heroes don’t look like Matt Damon. They look like Malala. Ghandi. Mandela. Your big sister when she stood up for you to those bullies that one time,” wrote Wu.

In 2016’s “Doctor Strange,” Marvel was slammed for having Tilda Swinton play the Ancient One, a mystical Tibetan character.

“Marvel has a very strong record of diversity in its casting of films and regularly departs from stereotypes and source material to bring its MCU to life,” a statement from Marvel read at the time. “The Ancient One is a title that is not exclusively held by any one character, but rather a moniker passed down through time, and in this particular film the embodiment is Celtic.”

More recently, there has been debate over Scarlett Johansson’s casting as a Japanese character in the forthcoming film “Ghost in the Shell.”

But Mamoru Oshii, who directed the 1995 anime classic the new film is based on, told IGN on Tuesday “there is no basis for saying that an Asian actress must portray her.”

“What issue could there possibly be with casting her?” Oshii told the publication. “The Major is a cyborg and her physical form is an entirely assumed one.”

The casting controversies come as more Asians are going to the movies.

A study published this week by the Motion Picture Association of America found “the Asian/Other category overrepresented the most of any group in share of movie tickets purchased (14%) relative to their share of the population (8%).”

Some have defended the casting in “Death Note” by pointing to the film’s Seattle, Washington setting, while still others reject that argument given that “American” doesn’t exclude actors of Asian descent.

This is suppose to be an American version of the story but why does American= white? #DeathNope https://t.co/YGVJcH2LgU

In a statement to Collider last summer, “Death Note” producers Roy Lee and Dan Lin said they view the project as inclusive.

“The talent and diversity represented in our cast, writing, and producing teams reflect our belief in staying true to the story’s concept of moral relevance – a universal theme that knows no racial boundaries.”