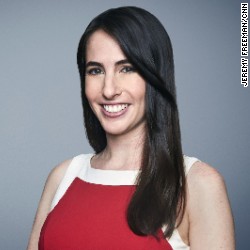 A 66-year-old man was stabbed to death in Manhattan late Monday, police said, for one reason: being black.

In the early hours of Wednesday morning, James Harris Jackson walked into an NYPD substation in Times Square and announced that he was responsible for Timothy Caughman’s death.

“I’m the person you’re looking for,” he said, adding that he had knives in his pocket.

The 28-year-old Baltimore, Maryland resident took a bus to New York on March 17 with the goal of targeting black men, according to NYPD Assistant Chief, Bill Aubry. Jackson is being charged with second-degree murder.

“The attack was clearly racially motivated,” Aubry said Wednesday. “It’s well over 10 years he has been harboring these feelings of hate towards male blacks.”

Aubry said that Jackson randomly singled out Caughman and stabbed him in the back multiple times while Caughman was going through garbage on a Manhattan sidewalk.

After the attack, Caughman stumbled into the Midtown South Precinct in critical condition, police said. He later died of his injuries at Bellevue Hospital.

Surveillance video shows Jackson running away from the scene after the stabbing. He later saw himself on the news and decided to surrender to a police officer, Aubry said.

PHOTO: Seth Wenig/AP
James Harris Jackson is escorted out of a police precinct in New York.

New York Gov. Andrew Cuomo was one of a number of political leaders who expressed outrage at the alleged racial motivation of the crime.

“Like all New Yorkers, I am appalled by the senseless murder of Timothy Caughman,” Cuomo said in a statement. “In New York, no one should feel unsafe for who they are, and this despicable attack on one New Yorker is an attack on all New Yorkers.”

“More than an unspeakable human tragedy, this is an assault on what makes this the greatest city in the world: our inclusiveness and our diversity,” New York City Mayor Bill de Blasio said in a statement.

Sherrilyn Ifill, the President and Director-Counsel of the NAACP Legal Defense and Educational Fund, said on Twitter that the incident was a “terrorist attack.”

Jackson told police that he picked New York because it is the media capital of the world and he wanted to make a statement. He had previously served in the military and deployed to Afghanistan, Aubry said police records show. Aubry also mentioned a 2013 interaction Jackson had with law enforcement.

“At this time, there is no connection of any crime involving (the) suspect here in Baltimore,” T.J. Smith of the Baltimore Police Department said, adding that the BPD are keeping watch outside Jackson’s home and expecting an NYPD investigation in town.

Aubry said police are working to add a hate crime or racially motivated crime to upgrade the second-degree murder charge to first-degree murder.

“He knew what he was doing when he was coming up here,” Aubry said. “We’re fortunate it stopped at one and it wasn’t more.”