Sløtface is a punk rock band from Norway

They blend hardcore rock with a more pop-oriented sound

Members of punk rock band Sløtface, who reluctantly changed the spelling of their name from “Slutface” after social media censorship, said that feminism is not just a women’s issue and now it’s up to men to join the fight, particularly in the age of President Donald Trump.

“Historically, feminism has been the fight for women’s rights. I feel now that applies to men as well,” Tor-Arne Vikingstad said when CNN caught up with the band at the SXSW music festival in Austin, Texas, Saturday. “It’s about equality and not just the focus on one fight.”

SXSW gets political: All eyes on Trump

The foursome is made up of vocalist Haley Shea, bass player Lasse Lokøy, drummer Halvard Skeie Wiencke and guitarist Vikingstad, who all started out as friends in high school. They blend hardcore rock with a more pop-oriented sound, and many of their songs channel the feminist narrative and tell stories from a female perspective.

“We wrote more songs that had an explicit feminist manifesto about trying to depict women that were really strong and show that there was a different way to be a woman in music,” Shea said, adding that the band feels passionate about speaking out against sexual harassment that is “often brushed off” by society.

“With Trump in office, it’s really important to keep the fight for women’s rights more active than anything right now because we don’t want to take a step back,” Lokøy said. 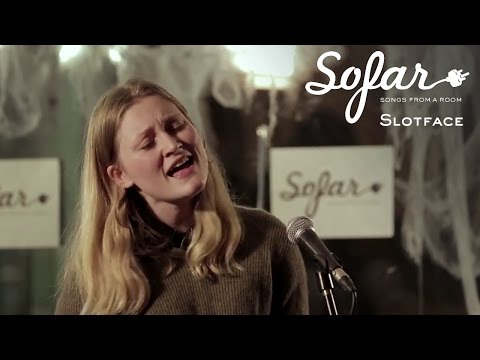 The band took issue with comments made by Trump in the infamous 2005 “Access Hollywood” tape that surfaced last October, where Trump boasted about being able to sexually assault women because of his celebrity.

Trump issued an apology, saying the words “don’t reflect who I am,” but also defended his lewd and sexually aggressive comments as “locker room talk.”

“By having such a public figure be a part of that rhetoric, he’s really sort of normalizing it,” Shea said.

Shea said that being in the progressive environment of SXSW has been inspiring, and when they return to Norway, they want to bring some elements, including gender-neutral bathrooms, back to their shows to foster a welcome and inclusive environment.

“If there’s people that are treated unfairly then it’s unfairness to everyone,” Lokøy said. “I think that right now, it’s just getting rid of all the social norms for what gender is supposed to be like and not defining people as genders but as persons.”