He is the subject of an upcoming Netflix documentary

The 15-year-old boy’s hair half covers his glasses as he speaks in rapid fire Cantonese into the cluster of microphones, a crowd of protesters surrounding him and the press.

“We want the government to withdraw (this plan) immediately,” he says. “We want neither delay nor small amendments.”

It was 2012, and he was taking on not only his own government but also Beijing, to scrap a National Education curriculum which critics accused of being pro-China brainwashing.

And he won. The fight is now at the subject of an award-winning Netflix documentary, “Teenager vs. Superpower.”

“There was a a convention that as long as you’re under 18 you’re under age and not supposed to speak up. He defied that.”

In 2014, still not old enough to drive, he struck again. Wong was one of the leaders of the pro-democracy “Umbrella Revolution” – the largest protest movement Hong Kong has ever seen, which shut down parts of the city for months, and saw him feature on the front page of TIME magazine.

Born in 1996, eight months before control of Hong Kong was handed over from the UK to China, Wong has spent most of his adolescence and all of his early adulthood fighting for the city’s rights against what he and others say is increasing encroachment by Beijing.

Maeve Whelan-Wuest, a DC-based China analyst, said Wong’s generation, unlike their parents, increasingly identify as Hong Kongers rather than Chinese.

A survey last year by the Chinese University of Hong Kong found that almost 40% of respondents aged 15 to 24 supported full independence from China for the city.

A 15-year-old Joshua Wong talks to the press at a Scholarism rally in July 2012.
Scholarism/Facebook

“People in the US get angry with Washington, but there’s no question that they are all Americans,” said Whelan-Wuest.

“So, imagine how it feels for the younger generation in Hong Kong, who don’t identify with Beijing politically, ethnically or culturally. That creates a difficult chasm for finding compromise, and motivation to stand up for their rights.”

Some experts argue the 2014 protests, which spoiled any chances at a positive legacy for leader CY Leung, were the reason Leung did not seek a second term.

His replacement will be chosen this month, and whoever it is will face future protests, Wong told CNN recently, unless they deal with the demands for political reform that went unmet three years ago.

Now 20, Wong is keeping busy. He’s formed his own political party, been barred from Thailand and narrowly avoided jail time for his role organizing the 2014 protests.

In November, he met with US Senator Marco Rubio in Washington, after which Rubio – co-chair of the Congressional-Executive Commission on China – reintroduced the “Hong Kong Human Rights and Democracy Act” to Congress.

“Beijing continues to chip away at the democratic institutions and basic rights which have long distinguished Hong Kong from mainland China,” Rubio told CNN this month, adding that Wong was an “inspiration to the next generation of democracy activists.”

In January, a documentary about Wong – “Teenager vs. Superpower” – won the audience award at the Sundance Film Festival. It was subsequently picked up by Netflix for global release later this year. 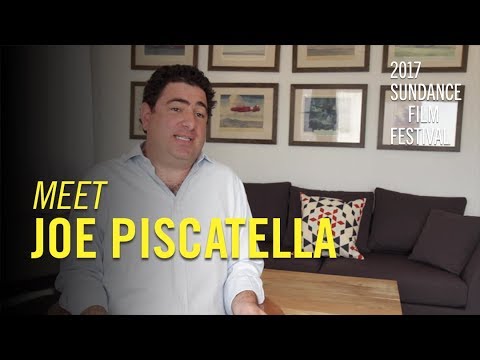 While he said he finds the “Hollywood-style” name of the film a bit embarrassing, being part of such a high-profile production has its benefits. Speaking to CNN on the streets of central Hong Kong, Wong is much more at ease and confident at being on camera, seemingly unaware of all the stares he attracts.

“I just don’t want to waste the influence I gathered during the Umbrella Movement,” he said, referring to the 2014 pro-democracy protests.

“I hope through this documentary, being purchased by Netflix, can enhance more people’s awareness (of the) Hong Kong democracy movement.”

One of the people Wong might be hoping to influence is 8,000 miles away from Hong Kong: US President Donald Trump.

Wong has been active in lobbying for US support for the Hong Kong democracy movement.

At the same time as his meeting with Rubio, Wong called on Trump, then President-elect, “to fully support human rights in Hong Kong.”

“US politicians should care about Hong Kong, not only as a human rights issue but also (in terms of) preserving Hong Kong as a global financial center by retaining the rule of law and economic freedom with judicial independence,” Wong told CNN.

“Being a business man, I believe Donald Trump knows the importance of retaining Hong Kong’s uniqueness.”

He pointed to Trump’s suggestion that the “One China” policy – which views Taiwan as an inalienable part of China, albeit not part ruled by Beijing – was negotiable.

The move caused great excitement among supporters of Taiwanese independence, and great consternation in Beijing. Trump later walked his statement back in a phone call with Chinese President Xi Jinping.

“I just hope Donald Trump knows that it’s necessary … to tackle the interference and the threat of China, in Hong Kong (and) even in Asia. I think it’s a big issue,” Wong said.

He’s not popular with everyone. Wong has been called an “extremist” by nationalist Chinese tabloid Global Times, while pro-Beijing newspapers in Hong Kong have accused him of being funded by the US government.

“You either love or hate Joshua,” said Jason Ng, a lawyer and author of “Umbrellas in Bloom: Hong Kong’s occupy movement uncovered,” adding that Wong is “nobody’s fool. He will play foreign governments before they play him.”

Others have warned that Wong is being used by Washington.

2017 is a big year for Hong Kong. Later this month, the city’s next leader will be chosen by a small election committee dominated by pro-Beijing interests, while in July it will mark 20 years of Chinese rule.

It is then that Wong may truly have to live up to his documentary’s title, as he expects Xi to visit Hong Kong for the ceremonies, the first time he will ever have done so as Chinese leader.

“This is a critical moment to organize civil disobedience and to voice our demand for democracy and human rights,” Wong said.

Getting any message to Xi might be difficult however. When Zhang Dejiang, China’s third most senior government official, visited last year, sidewalks were glued down and massive barriers were deployed throughout downtown Hong Kong to prevent protests, though none eventuated.

According to the South China Morning Post, tens of thousands of police have already been deployed in Hong Kong, Macau and Guangdong in preparation for a potential visit by Xi.

And there’s always the chance he won’t come at all, not that Wong believes this.

“He won’t (want to) lose face. Even if I already claim I’m (going to) organize a strike in Hong Kong against Xi Jinping, I believe Xi Jinping may still come to visit Hong Kong and show that hey, I’m the one who can handle this issue,” he said.