The delicious subject matter goes a long way toward making “Feud: Bette and Joan” a great deal of fun, as Jessica Lange and Susan Sarandon sink their teeth into the meaty roles of Joan Crawford and Bette Davis. Ryan Murphy’s limited series is an affectionate ode to old Hollywood, but also a pointed statement about the challenges faced by aging actresses for the past 60 years.

Few producers have done more to create juicy roles for women of a certain age (and Lange in particular) than Murphy. In that regard, jumping back to the tumultuous making of the 1962 camp classic “What Ever Happened to Baby Jane?” is an inspired stroke, which Murphy (who also directed the first two episodes) turns into a catty yet bittersweet profile of the insecurity and desperation, mixed with lingering entitlement, exuded by the movie’s pair of fading divas.

Lange’s Crawford occupies center stage, especially at first, having been told there are essentially no parts available to her. Railing against a system where actresses can play only “ingénues, mothers or gorgons,” she endeavors to find a star vehicle, unearthing the book for “Baby Jane,” and seizing on the idea to co-star with Davis. 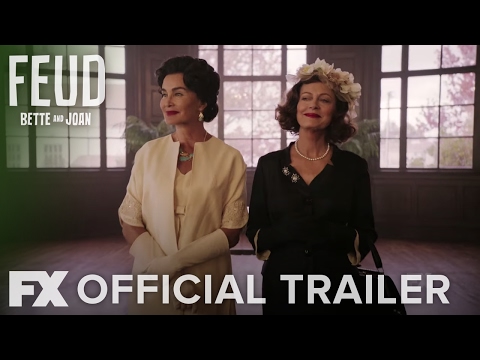 Skeptical at first, Davis (Sarandon, mastering her sharp enunciation more than her look) grudgingly agrees. Chain-smoking and dismissively calling Crawford “Lucille,” she plunges into the showier of the two roles, leaving director Robert Aldrich (Alfred Molina) to referee. At times helplessly caught in the stars’ crossfire, at one point when the two briefly work in concert he wryly likens their cooperation to “the Hitler-Stalin pact.”

Developing the eight-episode series from an unproduced screenplay, Murphy has conjured an assortment of enviable roles for his splendid cast. That includes Stanley Tucci as profane studio chief Jack Warner, who want to milk the catfight element for promotional purposes; Judy Davis as gossip columnist Hedda Hopper, who plays the stars against each other; and Catherine Zeta-Jones and Kathy Bates as actresses Olivia de Havilland and Joan Blondell, who essentially serve as narrators, reminiscing about Davis and Crawford to a documentary filmmaker.

The beating heart of the story, however, remains Crawford, who Lange portrays in all her complex, “Mommie Dearest”-esque glory – someone who can alternately be needy and cruel, pleading and defiant. Although well aware her era has passed, she continues to resist gravity and cling to the trappings of stardom, while engaging in embarrassing stunts like shilling for Pepsi at every turn.

“Feud” is also impeccably and lavishly appointed, from the physical replication of the era to the wonderfully florid musical score (by Mac Quayle) and Hitchcock-ian main titles.

“We need this picture to work,” the actresses agree, which doesn’t keep them from periodically reaching for each other’s throats.

The fact that “Whatever Happened to Baby Jane?” did work, in spite of the acrimony, is something of a miracle. And “Feud” succeeds too, representing the glitzy first edition in a new FX franchise (another about Charles and Diana has already been announced), albeit one whose sparks Murphy and the network, frankly, will be hard-pressed to top.