Reza Aslan: Why I am a Muslim 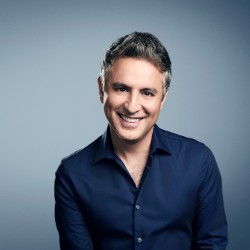 Editor’s Note: Reza Aslan is the author of “Zealot: The Life and Times of Jesus of Nazareth” and the host of CNN’s original series “Believer With Reza Aslan.” The views expressed are his own.

As a writer and scholar of religions, I am often asked how, knowing all that I know about the religions of the world, I can still call myself a believer, let alone a Muslim.

It’s a reasonable question. Considering the role that religion so often plays in fueling conflicts abroad and inspiring bigotry at home, it is not always so easy to defend the value of religion in society. And, in a world in which reason and religion seem to be moving further apart, it is certainly understandable why so many people view religious faith as the hallmark of an irrational mind.

Of course, as someone who has spent the better part of the last two decades studying the world’s religions – and having recently crisscrossed the globe for my new spiritual adventure series “Believer,” where I immerse myself in religious traditions both familiar and downright bizarre – I know better than to take the truth claims of any religion (including my own) too seriously.

But I also know this: Religion and faith are not the same thing.

’A signpost to God’

Faith is mysterious and ineffable. It is an emotional, not necessarily a rational, experience.

Religion is a fairly recent human invention. But faith, as I have elsewhere argued, is embedded in our very evolution as human beings.

Religion, on the other hand, is the language we use to express faith. It is a language made up of symbols and metaphors that allows people to express to each other (and to themselves) what is, almost by definition, inexpressible.

After all, if there is a God, then that God is utterly beyond human comprehension.

How would one talk about – or even think about – something so completely foreign? We would need some kind of language to help us make sense of it, a set of symbols and metaphors we can all agree upon to help us define what is fundamentally indefinable.

That’s where religion comes in. Beyond the doctrines and dogma, the do’s and the don’t’s, religion is simply a framework for thinking about the existential questions we all struggle with as human beings.

A religion where nothing is untouchable

It is, as the Sufi mystics say, a “signpost to God.”

Can you have faith without religion? Of course! But as the Buddha said, if you want to strike water, you don’t dig six 1-foot wells; you dig one 6-foot well. In other words, if you want to have a deep and meaningful faith experience, it helps – though it is by no means necessary – to have a language with which to do so.

So then, pick a well.

My well is Islam, and in particular, the Sufi tradition. Let me be clear, I am Muslim not because I think Islam is “truer” than other religions (it isn’t), but because Islam provides me with the “language” I feel most comfortable with in expressing my faith. It provides me with certain symbols and metaphors for thinking about God that I find useful in making sense of the universe and my place in it.

But I know, just as the Buddha did, that while my personal well may be different and unique, the water I draw from it is the same water drawn from everyone else’s wells. Indeed, having drunk from many wells in my spiritual journey, I consider it my mission in life to inform the world that, no matter the well, the water tastes just as sweet.

Consider the following parable by the great Sufi master Jalal ad-Din Rumi, which I recount in my book, “No god but God”:

A Persian, a Turk, an Arab and a Greek are traveling to a distant land when they begin arguing over how to spend the single coin they share in common. The Persian wants to spend the coin on angur; the Turk, on uzum; the Arab, on inab; and the Greek, on stafil.

A linguist passing by overhears the argument. “Give the coin to me,” he says. Taking the coin, the linguist goes to a nearby shop and buys the travelers four small bunches of grapes.

“This is my angur!” cries the Persian.

“But this is what I call uzum,” replies the Turk.

“You have brought me my inab,” the Arab says.

“No! This in my language is stafil,” says the Greek.

The travelers suddenly realize that they were all asking for the same thing, but in different languages.

My goal – as a scholar, as a person of faith, and now as the host of “Believer” – is to be the linguist, to demonstrate that, while we may speak in different religions, we are, more often than not, often expressing the same faith.

And that, regardless of whether you, too, are a believer or not, is a lesson worth learning.