Jordan Peele’s ‘Get Out’ infuses horror with biting social satire

With “Get Out,” writer-director-producer Jordan Peele – half of the “Key & Peele” comedy team – has delivered a bracing debut, a horror movie infused with biting social commentary and disarming humor.

Owing a debt to several culturally significant horror touchstones, most notably “The Stepford Wives,” the film niftily probes how African Americans are treated by well-meaning whites, before the slightly awkward exchanges and tone-deaf references give way to something considerably creepier lurking beneath the neatly manicured surface.

Daniel Kaluuya (featured in “Sicario”) stars as Chris, a photographer dating Rose (Allison Williams), who has convinced him to take a weekend trip to meet her parents. When he asks whether she has informed them that her new boyfriend is black, she assures him that her dad (Bradley Whitford) would have voted for Obama a third time if only he could.

The family’s idyllic country estate, and the warm reception Chris receives – including from Rose’s mom (Catherine Keener), a therapist who offers to use hypnosis to help him kick his smoking habit – initially comes across as welcoming, if perhaps trying a bit too hard. Think Woody Allen meeting Diane Keaton’s clan in “Annie Hall.”

Gradually, though, things begin to get weird, including the strange looks cast Chris’ way by the two African American servants (Betty Gabriel, Marcus Henderson), and the gathering of wealthy friends at which the family seems a little too eager to show Chris off.

Get Out - In Theaters This February - Official Trailer 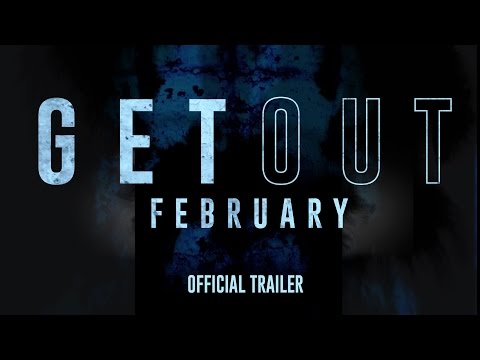 The key lies in how Peele deftly unfolds the plot, which starts out like an updated version of “Guess Who’s Coming to Dinner” a half-century later and morphs into what resembles a good feature-length episode of “Black Mirror” or “The Twilight Zone.” At first, Chris might even be guilty of paranoia, as Rose assures him her parents are simply kind of lame.

Peele nicely offsets the growing tension with comedy via Chris’ friend Rod (Montel “Lil Rel” Howery of NBC’s “The Carmichael Show”), a TSA agent with mild delusions of grandeur, who keeps warning his pal that not much good can come from meeting Rose’s folks.

The performances are uniformly good, especially in the blank-eyed, unsettling stares from the African Americans that Chris encounters. While the racial aspect feels provocative, the movie works on multiple levels, from the basic jump-out-at-you thrills to the way the action builds toward its big reveals.

Modest in scale (almost everything happens in one location), “Get Out” nevertheless signals Peele as a talent worth watching, joining the ranks of filmmakers who cut their teeth in the horror genre. Although the movie’s title comes in the form of a warning, in terms of simple exclamations, “Go see it” is equally sound advice.