Lohan has said she wants to play Ariel

Lin-Manuel Miranda is said to be connected to project

Lindsay Lohan would apparently still like to go “Under The Sea.”

The actress has posted a photo on Instagram of her and “The Little Mermaid” character Ariel side by side. The posting has revived chatter that she is angling for the role in a possible live action version of the animated Disney classic.

Lohan, 30, has publicly said before that she would love the starring role as the teen mermaid who longs to become human.

The ginger-haired actress even managed to work her longing for the gig into an October interview with Turkish television about her humanitarian work. 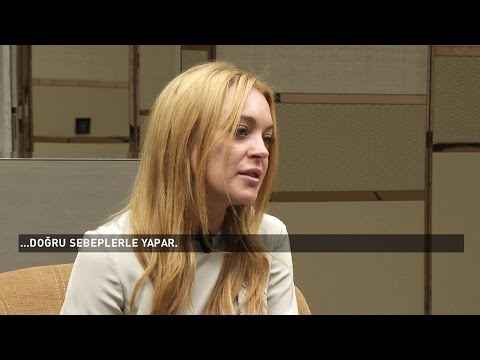 Disney hasn’t said much about the possible film that many assume is in the works.

“Hamilton’s” Lin-Manuel Miranda talked to Vulture in November and spoke of a role but said he wasn’t sure what it would be.

“We’re in super-early talks — I literally don’t have a title for what my job on The Little Mermaid is yet,” he said, “Right now, it’s the guy who wears the ‘don’t mess it up’ hat. If I could sign a contract with that job title on it, that would be great! But that’s sort of where we are.”

Disney has been on a roll lately with live-action versions of their animated hits.