Meaningful mindfulness: How it could help you be happier, healthier and more successful

The Dalai Lama and Lady Gaga walk into a room …

That may sound like the start of a mildly amusing joke, but the unorthodox appearance of this dharmic duo at the United States’ biggest meeting of mayors in June came about to address a serious topic: how to end violence and inequality in American cities.

In other words, to create peace, find inner peace.

“Change in humanity must start from individuals,” the Dalai Lama told the mayors. “We created this violence, so we can reduce this violence.”

“We are unified in our humanity, and the only thing that we all know and we all appreciate in one another is kindness, and this has to come before all things,” Lady Gaga said.

Watch as Lady Gaga and His Holiness The 14th Dalai Lama discuss the power of kindness and how to make the world a more compassionate place.

To get to that kindness, His Holiness and pop star Gaga both engage in a practice that’s become popular with celebrities including Oprah, Paul McCartney and Kobe Bryant as well as corporate titans and industry leaders, too. It’s called mindfulness.

Mindfulness is a concept rooted in Eastern spiritual practice that, in the West, has morphed into a secular one. It essentially means not letting your emotions hijack your brain. It is a form of meditation, and it is a mindset. 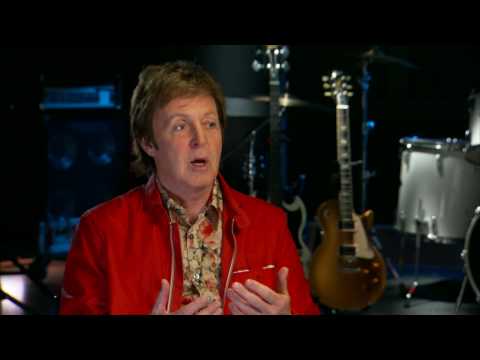 Jon Kabat-Zinn, a professor of medicine emeritus who started the Center for Mindfulness at the University of Massachusetts Medical School and is often considered one of the founders of this Western approach, defines it as paying attention on purpose, in the present moment, non-judgmentally.

Students at Marblehead High School in Massachusetts meditate in a new Zen Room at the school.
Violaine Gueritault

Calming the teenage mind in the classroom

Most people take a class or two to get started, but a simple mindfulness exercise could involve only 10 minutes of your day. Eliminate distractions like your phone, quieting your mind and focusing on your breathing: how it goes into and out of your body. If your mind starts to wander, bring your focus back to your breathing. Focusing gets easier the more you do it.

Paying attention to the matters at hand may sound simple, but most Americans aren’t doing it, studies show. Though the experts say there’s a lot more research to be done, the number of scientific studies has grown exponentially over the past decade. They show that mindfulness is more than a passing fad; there’s early evidence it can help your health.

What are you thinking about right now?

Technology frequently fractures our attention. The boss can message us anywhere, at any time, and even the bathroom isn’t safe. We are one distracted bunch.

Scientists have proved it, ironically, by using smartphones.

Researchers set up an experiment showing that human beings “spend a lot of time thinking about what is not going on around them.”

How much time do parents spend on screens? As much as their teens

In their 2010 study, they created a computer program that sent questions at random moments to people by iPhone. The program asked, “How are you feeling right now?” “What are you doing right now?” and “Are you thinking about something other than what you’re currently doing?”

Of the 2,250 adults who answered the pings, 46.9% were not thinking about the task they were doing at the moment. This was the case for 30% of their activities, with one exception: during sex. That, apparently, had their full attention.

Otherwise, what they were doing had little impact on their depth of focus.

Instead of detention, these students get meditation

You may be thinking, what’s wrong with autopilot? Multitasking may be your jam, but those in the study who reported regular mind-wandering were unhappier in that state than those with laser-like focus.

That may be one reason why the mindfulness movement – or “revolution,” as a Time magazine cover story named it – is so popular.

The Dalai Lama presides over the Emory-Tibet symposium of Scholars and Scientists held at the Drepung Monastic University in December.
Jen Christensen/CNN

Playful humor: The Dalai Lama's secret weapon (and how it can be yours, too)

To remain mindful, the Dalai Lama said, he sleeps a lot: about nine hours a night. He also gets up at 3 a.m. to meditate. He has another session in the afternoon and one more right before bed.

In total, His Holiness spends about five hours meditating each day.

He finds it “very, very helpful to maintain sharpness of mind.”

Dalai Lama: 5 things to keep in mind for the next four years

That sharpness is real, science has found.

Scientists had Buddhist monks meditate while being scanned by an MRI machine. While strapped to a board and put in the huge, noisy machine, the monks calmed their minds, reduced distractions and paid attention to life moment-by-moment.

While they were being mindful, scientists noticed signs of neuroplasticity, meaning the monks’ brains were reshaping to become more resilient.

If you struggle to meditate, try this

The part of their brains connected to the body’s overall well-being and immune systems activated, and the scans showed that these master meditators reached a deeper level of consciousness.

But you don’t have to become a monk to experience beneficial brain changes.

Scientists studied meditation newbies enrolled in mindful attention training for eight weeks and found improvement in the region of the brain that regulates emotion. 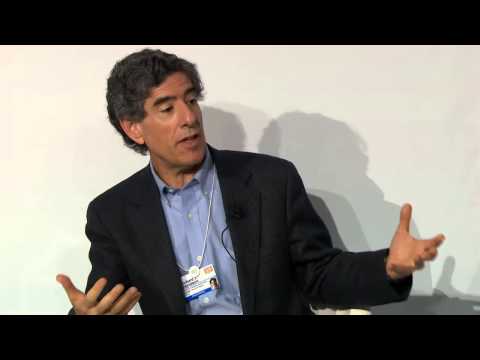 “One shouldn’t be too surprised. If you learn to juggle or learn another language, anything acquiring a skill changes brain pathways long-term,” Tom Insel, former director of the federal National Institute of Mental Health, told a crowd of bigwigs at the World Economic Forum in Davos, Switzerland, a couple years ago. “The evidence is pretty terrific.”

The data may be strongest to support the idea that mindfulness helps people manage the negative consequences of stress.

One study looked at the impact of mindfulness on Marines going through basic training. Scientists split them into two groups: One got about eight weeks of mindfulness training; the other got none.

Veteran: My search for a PTSD cure led me to the Amazon

The participants were then subjected to a stressful day-long training exercise. Both groups had similar spikes in blood pressure and breathing rates during the test, but when it was over, the mindfully trained Marines’ heart rate and breathing recovered much faster, as did their nervous systems.

“The data on stress reduction is pretty good,” said Richard J. Davidson, founder of the Center for Healthy Minds at the University of Wisconsin-Madison. He has published hundreds of scientific papers about the impact of emotion on the brain and did some of the first MRIs of meditating Buddhist monks.

He started looking at the practice of mindfulness after the Dalai Lama challenged him to use the modern tools of neuroscience to study kindness and compassion in the 1990s.

When it comes to stress, his experiments have showed that the body has both physical and emotional reactions to mindfulness practice.

There’s good evidence to suggest that mindfulness improves your attention span, too. It might not help you resist looking at those cute cat videos your co-worker sends, but there are areas of basic research where the “findings clearly show that practicing mindfulness can result in improvement of objective measures,” Davidson said.

Evidence suggests that mindfulness training can improve students’ standardized test scores, attendance and discipline. But it also works for adults.

A cat sits in judgment as women practice yoga behind him
Jen Christensen, CNN

One study even showed that mindfulness practitioners recognize facial expressions better, making them more emotionally intelligent and helping them to be more empathetic.

Depression and addiction helped, kind of

Mindfulness also seems to help people who struggle with mental health issues such as depression.

Learning to live in the moment can’t cure depression, but it can alleviate problems associated with it. It can reduce your anxiety, the feelings of hopelessness and the stresses that come from constantly worrying about the future or ruminating on the past.

Not worrying about anything is everything

Mindfulness puts this kind of mental anguish in perspective and can prevent relapses.

It can also help you break bad habits, studies show: It can prevent you from eating your feelings, it can help if you drink too much, and it can help you quit smoking.

Davidson suggests that the data are “much weaker and less convincing” as mindfulness relates to curing a specific disease.

It can’t cure cancer or chronic pain, but the practice can help manage some of the symptoms. For instance, if you have chronic lower back pain, mindfulness may be as helpful as medication at easing that pain.

The future of mindfulness

There’s a lot more research needed to determine the full impact mindfulness can have on your health. Several additional studies funded by the National Institutes of Health are underway.

The demand for mindfulness programs has gotten so huge, the number of trainers cannot keep up, according to Davidson. That’s why he and several other scientists have been working on mindfulness-related video games, apps, podcasts, wearables and websites.

Davidson doesn’t think the interest in the practice will go away anytime soon.

“Suffering is becoming increasingly recognized as a serious problem,” he said. “There is also a real kind of divisiveness in our country and a kind of general distress too, especially lately. People are realizing if they can learn something from these simple tools they’ll be calmer, less anxious and much more supportive of the others around them.”