Elizabeth Warren, we feel your pain 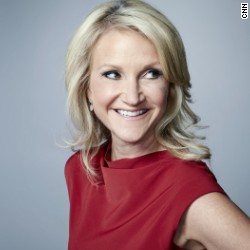 Editor’s Note: Mel Robbins is a CNN commentator, legal analyst, best-selling author and keynote speaker. She also is a contributing editor for Success magazine. In 2014, she was named outstanding news talk-radio host by the Gracie Awards. The opinions expressed in this commentary are hers.

So when all else fails, embrace Plan B and improvise.

Every woman has experienced something like this: being ignored in a meeting, not included in a client dinner, interrupted while speaking, told she’s being “emotional” when she disagrees or feels strongly about something, passed over for opportunities, or asked to grab the snacks for the meeting.

I recently listened to a panel of female CFOs warn an audience of thousands of women about these daily hits a woman can face as she climbs the ladder. One executive in her late 50s, the CFO of a $400 million company, recounted the time she was asked to take notes during a meeting with her male colleagues. It happened last year. (“I laughed and said no,” she said.)

If you think this type of behavior is a fast receding relic of an earlier time when older white men ruled the country, you’d be wrong. It’s actually a sign of the times: Listen to Sen. Lindsey Graham crow that silencing Warren was “long overdue.” Or former Arkansas Gov. Mike Huckabee tweet about “Sen. Warren aka ‘scold.’”

Great reason to watch @FoxBusiness at 5pm ET today-I'll be on and will violate Senate Rule 19 by telling Sen Warren aka "Scold" to SIT DOWN!

This kind of everyday sexism is not getting scrubbed from the culture as we “advance” – it’s getting worse and girls internalize this at a very young age. Recent research showed that at the age of five, girls were more likely to guess that a story about a “really, really smart person” was describing a female. By age six, just one year later, girls were more likely to predict that the story was about a male. And if that shift isn’t alarming enough, consider that one of the researchers noted that in the past, girls were at least seven before they made this shift.

The key to reversing this is teaching confidence to girls and women, who too often silence themselves with the habits of hesitation and self-doubt.

Confidence is one of the most important skills you can have in life.

Notice, I said skill. For a long time I misunderstood confidence. I thought it was a personality trait or a feeling. It’s neither. It’s a skill that you develop through deliberate action – something to be actively encouraged in colleagues and friends, daughters and sisters.

Confidence is the ability to “hear” your own ideas and lean into them – to raise your hand, raise your standards, raise your concerns and raise your voice. To persist – knowing that whether you succeed or fail, are criticized or applauded, you’ll survive. The more you act, the more competency builds and it gets easier to put yourself out there the next time.

Research shows that it’s the most confident people who are the most admired, listened to, and highly regarded. For women, this is acutely important. In one study, managers cited “lack of confidence” as the primary reason not to promote a woman, yet they didn’t feel comfortable telling her.

Elizabeth Warren is a woman who displays tremendous confidence. As a senator, she is fearless and unwavering in her questioning and an excellent example of one of my favorite quotes from activist Maggie Kuhn: “Speak your mind – even if your voice shakes.” Warren is one of the few people who isn’t afraid of crossing Donald Trump, at every turn.

Perhaps that’s why it struck such a chord to see her get interrupted, berated and silenced by McConnell as she tried to read from Coretta Scott King’s letter on the Senate floor. Yes, she apparently violated an arcane rule, but why then were her male colleagues able to read from the letter uninterrupted? Sen. Tom Udall read it in its entirety.

Of course, the line from Mitch McConnell says it all – she was warned and “nevertheless, she persisted” –giving rise to the trending hashtag #ShePersisted.

But persist is exactly what we and all of our daughters need to do to succeed. Despite what they say about you or how much you doubt yourself, persist.

On a practical level here is how to do this:

Speak, even when your voice shakes. No one can take your confidence away from you. Only you can do that. You don’t have to feel ready or think you’re the kind of “person who would do such a thing.” You can.

Just ask Rosa Parks. She gave a remarkable interview on Pacifica radio a month after her historic act of civil disobedience. She was described by all as a quiet and shy woman, and in fact viewed herself the same way. In the interview she said she didn’t think she was “capable of doing such a thing.” She sure was. Take the action – and your mind will follow.

That’s confidence – the decision to bet on yourself. Warren may have been shut down on the Senate floor, but she didn’t shut up. She spoke up.

Related Article Petraeus, and the double standard on sex and power

“The Republicans took away my right to read this letter on the floor – so I’m right outside, reading it now,” she said in a Facebook live video immediately after McConnell silenced her – and then she did what he tried to prevent her from doing: Read the letter from Coretta Scott King. The video has almost 7.5 million views – crushing the number of people who watched the Sessions’ hearing on C-Span. Thanks to her confidence, everyone is now talking about this topic.

That is the message that should be heard by women everywhere – if it matters to you, persist. Confidence isn’t about what other people say or do. It’s about what you say and do. We women and all of our daughters need to say and do a lot more, and a lot more often.