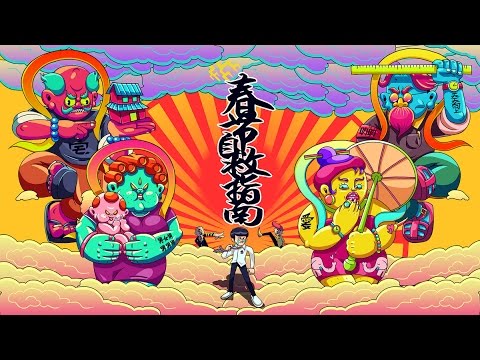 As millions of young Chinese people returned home for the Lunar New Year, many will have been dreading the family interrogations that so often accompany the festivities.

Do you have a boyfriend? How much money do you make? When will you get married and have children? Why don’t you move home and work for Big Uncle? And why, why, why are you so fat?

The pressure to settle down and start popping out offspring can be such that many young Chinese people rent actors – for upwards of $200 a night – to pretend to be their romantic partner through the Spring Festival holiday period, which ends Saturday, and help them stave off awkward questions.

“Young people are delaying marriage, but their parents still use the old standard to ask them to get married and have children ‘on time’,” said Yue Qian, an assistant professor at the University of British Columbia.

These pressures lie behind the success of a viral video in the run up to the vacation. “A Spring Festival Survival Guide,” has attracted more than a million views on various platforms in the past month, including over 300,000 on YouTube, which is blocked in mainland China, showing that family pressures don’t care about international borders.

The song is both a pastiche of traditional Spring Festival stresses, and a rip-roaring anthem to individualism, ending with the defiant chorus:

The success of “Survival Guide” – called “What I Do Is For Your Own Good” in English – is even more surprising given its source, not some Chinese popstar or viral video factory, but a traditional chamber choir.

The Rainbow Chamber Singers (RCS) were founded in 2010 by conductor Jin Chengzhi and a small group of his fellow students at the prestigious Shanghai Conservatory of Music. The choir puts on a concert every six months, performing old favorites and newly written traditional-style choral pieces.

Since 2016, Jin has also been mixing it up with his own compositions, which mix serious music with comedic lyrics and social commentary.

“Where On Earth Did You Leave the Key, Zhang Shichao?” a kazoo-heavy castigation of ungrateful roommates, was the choir’s first major hit, Jin said.

They followed it with “So Far, the Sofa is So Far,” an anthem for China’s “overtime dogs,” the millions of underpaid millennials working long hours for abusive bosses. 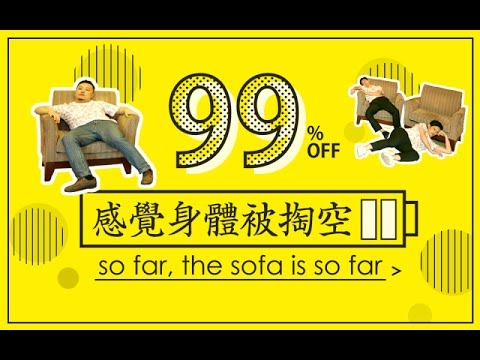 The choir’s music deals with stresses common to young people, said Eric Fish, author of “China’s Millennials,” and growing levels of rebellion against them.

“Young people are steadily pushing back against pressures to get married quickly and gun for the most stable and lucrative job,” Fish said.

Jin – who describes himself as a “rational optimist” – said that his work comes from his own experiences and anxieties, but that he hopes the songs “can bring people understanding and hope for life.”

“Though ‘So Far, the Sofa is So Far’ describes the miserable overtime life of working young people, the core of the song is that you should choose your own lifestyle,” he said.

“These conflicts are worth discussing because they are happening right now in our daily lives. No matter if it’s working overtime or the generation gap, I think we are responsible for society and can make young people’s voices heard.”

Choral music in China can be quite conservative, with many people’s experience being limited to groups that sing so-called “red songs,” music that dates back to the founding of the People’s Republic or the Cultural Revolution and which is often heavy on Communist ideology and references to Mao Zedong.

The Rainbow Chamber Singers, on the other hand, are keen to reinvent the genre.

“Good music must be diverse,” Jin said. “If you stick to something for no reason, the art will lose its original charm.”

Their approach has proved a hit with audiences of all ages.

“Once after a performance, four old ladies in their seventies from Anhui were waiting backstage for my autograph,” Jin said. “That moved me a lot.”

As they become more assertive and influential, China’s millennials are producing and consuming pop culture that speaks to their concerns and helps spread a feeling of solidarity about certain issues.

“There have been all sorts of media articles, personal accounts and memes in the past few years relating to overbearing family pressure,” Fish said. “I think these reflect a growing frustration among young people with antiquated attitudes towards life.”

In this sense, he added, the choir’s song acts as “a rallying cry to stand up and resist.”

“Underlying the growing visibility of the pressures (placed on them) is also the young generation’s growing self-expression,” said Yue.

“It’s not necessarily rebellion. I think the younger generation want to communicate with the older generation and hope (they) can understand their worldviews and life choices.”

And at least in Jin’s case, one family has gotten the message:

“My relatives all heard ‘What I Do Is For Your Own Good.’ So I had a very comfortable Spring Festival.”