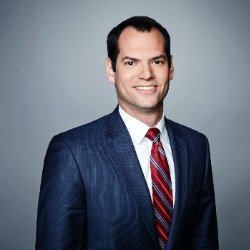 For the first time in about 20 years, Israel has announced it will build a new settlement in the West Bank, Prime Minister Benjamin Netanyahu’s office said Wednesday.

In the first two weeks of US President Donald Trump’s term, Netanyahu has announced plans for 5,500 housing units in the West Bank, while the municipality of Jerusalem has advanced plans for about 550 new homes in East Jerusalem.

Related Article What you need to know about the Israeli settlements

Trump’s marked departure from the Israel policy of predecessor Barack Obama has buoyed the Netanyahu administration’s desire to settle contentious areas of land.

The announcement of a brand new settlement in the West Bank differs from other construction, in which units were added to existing settlements.

Netanyahu said the team will start working immediately to find a location for the new settlement.

The news came the same day Israeli forces cleared an illegal outpost built on private Palestinian-owned land near Ramallah in the West Bank.

While some families left the Amona outpost peacefully, clashes broke out between protesters and police.

Police spokesman Micky Rosenfeld said about 3,000 members of Israeli security forces were deployed to Amona, with many blocking access to roads to prevent settlers’ supporters from joining efforts to resist the eviction.

About 600 settlers protested and set fires and thrown rocks, nails and other debris on the road in an attempt to hinder the security forces’ passage.

By Wednesday afternoon, at least four were arrested and 15 police officers suffered minor injuries after stones and liquids were thrown at them, Rosenfeld said.

CNN saw some settlers leaving the site on their own volition. Police said one family surrendered a bag containing weapons that had been stashed in their home.

The Israeli High Court had ordered residents to leave the area last year. But the attempts to dismantle the outpost have recently been held up for months, and it has been more than a decade since the legal process began.

Amid the evacuation, Naftali Bennett – the right-wing Jewish Home party leader and education minister in Benjamin Netanyahu’s government – told his supporters to move beyond the perceived setback of the outpost’s clearance.

“From the ruins of Amona we will move to build a new settlement. From this mountain we will move towards applying Israeli sovereignty over Judea and Samaria,” he said, using the biblical terms for the West Bank.

Israel’s announcement that it plans to create 3,000 additional settlement homes in the West Bank is seen as an attempt by Netanyahu to appease his right-wing base, which is dissatisfied with the decommissioning of the Amona outpost.

The government has approved the construction of the new units, according to a statement late Tuesday from Netanyahu and Defense Minister Avigdor Liberman.

The announcement in Jerusalem came just a week after 2,500 new settlement homes were approved by the administration. At the time, Netanyahu told the Knesset, the parliament, that the expansion was just a “first taste.”

The settlement program is illegal under international law, but Israel disputes that finding and insists the status of the West Bank is more ambiguous than international law allows. Many in the international community believe that such settlements are illegal and a barrier to any future “two-state” peace deal. Palestinians claim East Jerusalem as the capital of their future state.

The UN Security Council resolution states that Israel’s settlement program has “no legal validity and constitutes a flagrant violation under international law.”

Secretary-General António Guterres is concerned about Israel’s plan to build thousands more settlement units, his spokesman said in a statement.

“We once again warn against any unilateral actions that can be an obstacle to a negotiated two-state solution,” spokesman Stéphane Dujarric said.

The government-approved expansion of the settlement program is distinct from illegal settler outposts such as Amona.

The decision, along with other recent expansion announcements, has drawn criticism from the Palestinian Authority and the EU.

“We have started urgent consultations in order to take the necessary measures to confront the settlement activities,” spokesman Nabil Abu Rudeineh said in a statement. “We call on the US administration to rein in this Israeli government’s policy, which is going to destroy the peace process.”

Last week’s announcement of 2,500 new homes came just days after Trump’s inauguration and marks one of the largest settlement expansions since 2013, according to the settlement watchdog Peace Now. Trump spoke with Netanyahu two days before the announcement.

Israel had also reacted angrily to the US abstention in a UN vote on Israeli settlement activities prior to Trump taking office. Trump later expressed his support for the settlement program.

With Trump in office, Netanyahu has been under pressure from his right-wing coalition partners to accelerate settlement construction.

Almost two weeks ago, he stalled a legislative push in an attempt by some politicians to annex parts of the West Bank, including Maale Adumim. Located just outside Jerusalem, Maale Adumin is one of the largest settlements.

The new construction comes two weeks after a peace conference in Paris, which called for Israel and the Palestinians to embrace a two-state solution and find their way back to the negotiating table. The Israeli Prime Minister called the conference “useless.”