In a video shown on his late-night show Monday, Corden said travel should be "easy for all legal immigrants"

James Corden is the latest celebrity to protest President Donald Trump’s travel ban – and he did so basically without saying a word.

In a video package that aired before his Monday night episode of “The Late Late Show,” Corden chronicled his somewhat mundane experience while traveling out of Los Angeles to make a point.

In the video, Corden arrives at the airport (some protestors can be spotted as he enters the building), goes through security, casually orders a grilled cheese sandwich once past the screening area, and exchanges pleasantries with a flight attendant while boarding his flight.

The video ends with text notifying viewers that Corden’s shows for the week have been pre-taped as he is away from Los Angeles. 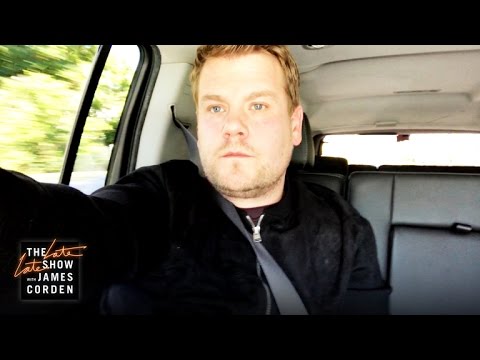 “Freedom of movement should be this easy for all legal immigrants,” it added, referring to Corden’s experience. “Not just the white and Christian ones.”

Corden is the latest celebrity to address Trump’s executive order, signed Friday, that prohibits people from seven predominately Muslim countries from entering the United States for 90 days. The order also suspends the admission of all refugees for 120 days and indefinitely suspends the Syrian refugee program.

The action has spurred a flood of protests and was in the forefront during Sunday’s Screen Actors Guild Awards.

Several celebrities gave impassioned speeches during the show and one “Big Bang Theory” star protested the travel ban on the red carpet.

Corden will host the Grammy Awards on February 12.