Puzder had some pointed words about Trump during the Republican primary.

Before Trump became the Republican nominee, Puzder warned that outsider candidates like Trump could lead to a Republican loss in the general election by turning the party into the “bigoted, anti-woman, anti-immigrant” party. He also expressed his disapproval of Trump’s rhetoric on immigration and described Trump’s positions as “fringe.”

Puzder, who heads CKE Restaurants, ultimately backed Trump during the 2016 general election. But appearing on the Fox Business network in October 2015, Puzder warned what could happen to the Republican Party under an outsider candidate.

“I become a one issue voter. Who can win. And when you look at these outsider candidates, when the polls put them up against, national polls, put them up against Hillary Clinton or Bernie Sanders, they do not do as well as candidates like Jeb Bush or Marco Rubio, and that’s a problem because we’re not going to win this election if we’re the bigoted, anti-woman, anti-immigrant party, and sometimes you get comments like that, that are very popular.”

“I think Mr. Trump would make a, certainly a much better President than Barack Obama. I’m not opposed to him being in the race,” Puzder responded. “Sometimes he says things that concern me, not for winning the nomination, but for winning the presidency, and we have to win the presidency. This isn’t about who the next Republican candidate is. This is about who the next President of the United States is and they just don’t do as well in those polls up against Democratic opponents.”

After his Fox Business appearance, Puzder made similar comments to Twitter user “@Kangeroo” in a pair of tweets.

In an October 2015 blog post, Puzder labeled Trump on the fringe.

“To be sure, Sanders’ ideas are dragging Hillary to the left much like Trump is dragging the GOP to the far right and pulling candidates to extreme fringes is not good for the general election. Americans deserve better than fringe talk; they need to hear about real, workable solutions.”

Puzder had also criticized Trump months earlier, when the New York mogul declared his candidacy for the presidency, saying that some undocumented immigrants coming from Mexico were rapists and criminals.

“The recent comments made by Donald Trump regarding immigrants serve as a perfect example of this disconnect and failure to map a new course of action,” Puzder wrote on his blog. “That’s why I took the opportunity to submit an op-ed to the Wall Street Journal published Wednesday under the headline, How the GOP Can Avoid Becoming the Pan Am Party. My point is simple: to win next year’s presidential election, Republicans cannot alienate the very voters they will need to win it, so they must consider a different approach. We can’t insult the very voters essential to victory and expect them to vote Republican.”

In response to this story, a Trump administration spokesperson said, “As Secretary of Labor, Mr. Puzder will fiercely defend American workers and implement President Donald Trump’s plan to create jobs. He will work diligently to ensure continuous opportunities for Americans to live more prosperous lives.” 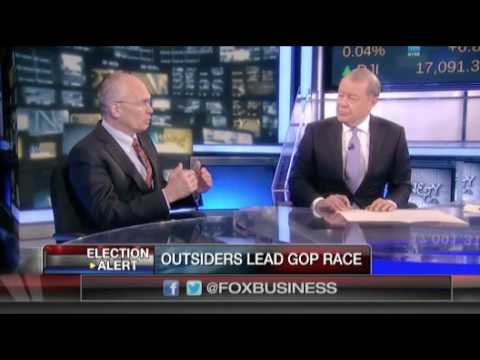