Jason Momoa is in his element – no, not water – in “Frontier,” a dreary, not-especially-good Canadian series that makes its U.S. premiere on Netflix. Mostly, this period drama headlined by the upcoming “Aquaman” star appears to exist to make FX’s similarly themed “Taboo” look better.

Like “Taboo,” “Frontier” deals with trading and alliances – there in early-19th-century England, here in late-18th century Canada. As obscure niches go, that’s a pretty good sign “peak TV” is nearing its saturation point.

Momoa plays Declan Harp, a brawny half-Irish, half-native trapper operating along the Canadian frontier. His actions in the fur trade cross the interests of the powerful Hudson Bay Co., which dispatches the equally ruthless Lord Benton (Alun Armstrong, a veteran of numerous bad-guy roles) to restore order and protect the company’s interests. 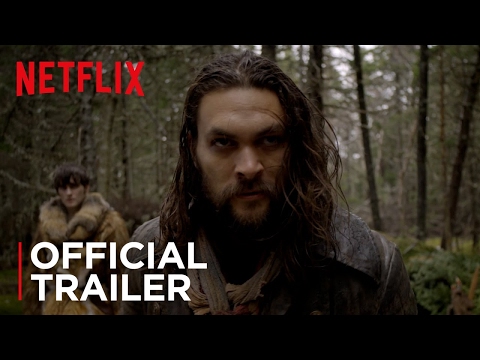 “We must make an example of him,” Benton sneers regarding Harp, in a battle that, even two episodes in, produces plenty of collateral damage.

Momoa is a striking figure, and he’s presented here as an almost feral force, without much more dialogue than he grunted out as the Dothraki chief in “Game of Thrones.” Several more innocent parties are caught between different factions as they jockey for power, and it’s an understatement to say that life is cheap and grim along the frontier, where throats are exposed primarily to be slit.

None of the characters, however, prove especially interesting, and in an age of abundance, “Frontier” feels like a decidedly second-tier offering.

The project has already aired on Discovery in Canada, and a second six-episode season is in the works, thanks largely to the star power that Momoa (who is among the producers) brings to it.

As noted, Momoa has higher-profile parts ahead of him, including “Justice League.” But “Frontier’s” trapper role in this game of pelts isn’t worth catching.