Day One: Trump says he will sign ‘very meaningful’ documents amid talk of executive orders 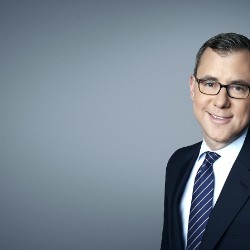 Trump has promised to sign executive orders on Obamacare

President-elect Donald Trump is ready to “get the show going.”

Less than 24 hours before he is inaugurated as the 45th President of the United States, Trump told supporters at a luncheon at his Washington hotel Thursday that he is preparing to use the presidential pen to sign some “very meaningful” documents.

“We will be signing some papers that will be very meaningful tomorrow right after the speech to get the show going,” Trump said, according to cell phone video of his remarks during a closed press portion of the luncheon obtained by CNN.

The remarks came hours after the President-elect’s incoming White House Press Secretary Sean Spicer said Trump is planning to sign a series of executive orders beginning Friday, though Spicer said Trump is “still working through which ones he wants to deal with tomorrow versus Monday or Tuesday.”

“The President-elect is continuing to get briefed on some of the orders he wants to do and the sequencing thereof,” Spicer said. “I think you’ll see some activity on both tomorrow, over the weekend and then Monday, Tuesday, Wednesday.”

Trump aides have said that Trump will sign ceremonial and logistical executive orders on Friday, but have also left the door open to more policy-oriented actions and announcements in Trump’s first 12 hours in office.

Advisers are preparing for announcements on a variety of fronts – Friday, into the weekend and early next week – whenever Trump gives the signal. Obamacare, the fight against ISIS, immigration and a lobbying ban are high on the list of early executive orders, Spicer said Thursday morning.

A senior GOP Hill aide said lawmakers anticipate that Trump will roll out multiple executive orders related to Obamacare. But the stresses they have not yet been briefed or given any heads-up about what is coming.

The President-elect had previously suggested that the work of his administration will begin in earnest on Monday – and not before.

“Day one – which I will consider to be Monday as opposed to Friday or Saturday, right? I mean, my day one is going to be Monday because I don’t want to be signing and get it mixed up with lots of celebration,” Trump said in an interview with the UK’s Times of London and Germany’s Bild newspapers.

Trump’s advisers have sought to dispel that notion, with Spicer insisting repeatedly that Trump and his administration will hit the ground running on Friday after Trump is inaugurated at noon and work through the weekend.

The moment Trump is sworn into office, some of his aides will start moving into the White House, Trump transition officials told CNN. Some of his advisers will even watch Trump deliver his inaugural address from inside the West Wing.

The timing of executive orders is likely to be fluid.

One adviser said executive orders or White House announcements could be put out in order to “change the conversation,” in case anti-Trump protests or other rumblings steer attention away from Trump.

Agency officials are likely to be no more informed of any executive actions as most Americans until they hit TV screens and news sites.

One current administration official said Trump transition officials have not engaged with the Department of Health and Human Services about what heath care-related executive orders might fall.

“I don’t know what we’re rolling out on Monday. Makes me a little nervous,” the official, who has been through multiple transitions, said.

Trump on the campaign trail vowed a flurry of action on his first day as president, including a pledge to “cancel immediately all illegal and overreaching executive orders.”

Trump also vowed he would impose a “moratorium on new agency regulations” across the federal government.

During the campaign, the Republican frequently boasted that while he did not like Obama’s executive orders, he would at least have the power to undo them as president.

“If I get elected, many of those executive orders that he signed, the first day, they’re going to be unsigned,” Trump said in an interview with NBC’s “Meet the Press” last January.