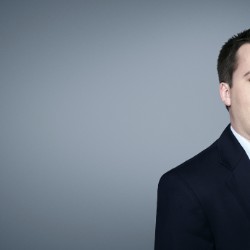 On the day Donald Trump is sworn in as president, a group of civil servants most people have never heard of will likely be running some of the country’s most critical cabinet posts, at least temporarily.

It’s very unlikely that all or even most of Trump’s cabinet nominees will be confirmed by the Senate Friday, but tradition means that the members of President Barack Obama’s current cabinet all depart at noon, leaving many posts without permanent leaders on Day One of Trump’s presidency.

But that doesn’t mean that no one will be in charge of the Pentagon, the Treasury, or State Department.

While the Senate waits to confirm Trump’s nominees, critical national security and economic posts will be led by designated acting secretaries and agency heads, like Norris Cochran who will lead the Department of Health and Human Services or Catherine McCabe at the Environmental Protection Agency.

This is not unusual. When Obama took office on January 20, 2009, only eight cabinet secretaries were ready to take office and many posts remained vacant. While some like Secretary of State Hillary Clinton were confirmed the next day, Kathleen Sebelius, Obama’s first HHS secretary, was not confirmed until April of that year.

“You’re not going to get the critical people in place in time,” Max Stier, the president of the Partnership for Public Service, an organization that has been pushing reforms to the presidential transition process, told CNN.

Stier noted that an incoming administration has to appoint some 4,000 political appointees, with about 1,100 of those requiring senate confirmation, a difficult process due to competing priorities, like legislation and judicial appointments.

It’s a situation he said was unique to the American system of government, calling it “a recipe for slowness, delay and inefficiency.”

The job of running the various departments during this gap period will be left to “acting” secretaries and agency heads, usually senior civil servants, many of whom have been in government for decades.

How long the acting heads will sit atop their respective agencies will depend on how Trump’s picks fare during their confirmation processes.

Some of those, like retired Gen. James Mattis, are expected to be confirmed as early as Friday. But others, including the pick to run the State Department, Rex Tillerson, are facing more political opposition, casting doubt on whether or not they can receive a timely confirmation.

Some of Trump’s nominees, including his pick for labor secretary, aren’t even due to receive hearings prior to inauguration, guaranteeing temporary leadership during at least the first days of Trump’s presidency.

The acting bureaucrats designated to handle the gap are likely to face unique leadership challenges as they try to manage departments and agencies during the early days of a new administration.

“It’s a bit of a gray zone,” Barry Pavel, who worked for the senior executive service in the Pentagon during the Bill Clinton-Bush transition and for the National Security Council during the Bush-Obama transition, told CNN.

Pavel, now of the Atlantic Council, said that while “there will be some anxiety” among the civil service during the transition period, “the people in the trenches, they’re going to perform.”

Here’s a look at who is poised to take over various government departments if the posts remain vacant:

The Pentagon appears likely to have the most seamless transition. Mattis has already been granted a waiver that will permit him to serve in the role and the vote for his confirmation is expected Friday. In the unlikely event that the vote is derailed, the incoming administration has already decided to keep the current deputy defense secretary, Work, in place. And of course key military posts, including the chairman of the Joint Chiefs of Staff, will be unaffected by the transition.

Democratic and some Republican opposition to Tillerson has raised questions on the timeline of his confirmation. Shannon is a career ambassador in the Foreign Service and former ambassador to Brazil. A Senior State Department official told CNN that Shannon is “fully, ready, willing, and able if it falls to him,” but noted that the Trump team could designate another official farther down the line of succession should they prefer someone else.

Trump’s DHS nominee retired Gen. John Kelly, also appears headed for a relatively quick confirmation process, but should he not be confirmed immediately, Fulghum is the highest ranking non-political official that would serve as acting secretary, according to DHS spokesperson Todd Breasseale. Like Kelly, Fulghum is also a former military officer, having served 28 years in the Air Force, rising to the rank of colonel.

Sen. Jeff Sessions has faced a grilling on Capitol Hill from the Senate Judiciary Committee and should his nomination be held up, Yates will run DOJ in the interim, by request of the Trump team. During the George W. Bush to Obama transition, Bush’s deputy attorney general similar led the department while former Attorney General Eric Holder awaited confirmation in the Senate. Eight years earlier, Holder himself was held over briefly from the administration of former President Bill Clinton. Holder had been deputy attorney general in Clinton’s second term and took the Justice Department helm for 12 days in early 2001 until Bush nominee John Ashcroft was confirmed.

Trump’s Interior nominee Rep. Ryan Zinke should not face too much of a fight in Congress, but until he is confirmed the department will be led by a relatively obscure official, Haugrud, according to the department’s press secretary, Jessica Kershaw.

Until Dr. Ben Carson is confirmed, HUD will be helmed by Clemmensen, according to HUD spokesman Jerry Brown. Clemmensen has held his position since 2010 and has more than two decades of experience at the department.

McCabe will serve as acting administrator beginning on January 20, 2017, Julia Valentine, the acting director of the office of media relations at the agency told CNN. McCabe is currently the EPA Region 2 Deputy Administrator in New York City. McCabe has also worked on environmental law cases for the Justice Department for 22 years, so she could potentially find herself at odds with the incoming administration’s priorities on the environment.

Following Tom Vilsack’s resignation last Friday, the USDA is already under the leadership of an interim secretary – Michael Scuse, who most has served as the Farm and Foreign Agriculture Under Secretary since 2012. According to his bio on the department’s website, Scuse is a lifelong Delaware farmer. He has been nominated to be Agriculture Secretary of Delaware, so it remains unclear how long he will hold onto the interim tag.

Trump has not yet nominated someone for the USDA post.

Executive Director of the CIA

Rep. Mike Pompeo, Trump’s pick to lead the agency, is another nominee that the Senate appears moving to confirm, but should that process be held-up, the executive director of the CIA, the third-highest ranking official and highest ranking non-political appointee, would serve as acting director.

Representatives from the Commerce Department told CNN that while they had designated a potential acting secretary as part of the line of succession in accordance with the Vacancies Reform Act, they would not release that information at this time.

Cochran has been designated the acting secretary. Trump’s nominee, Rep. Tom Price, faces the first of what will be two difficult confirmation hearings Wednesday. Democrats are critical of Price’s plans to revise the Affordable Care Act as well as financial investments Price made in medical companies.

Trump’s pick to lead the Education Department, Betsy DeVos, faced a grilling on Capitol Hill Wednesday and Rosenfelt will be serving as the acting secretary for the department until a new secretary is confirmed, according to a letter sent to employees from outgoing Secretary John King. Rosenfelt has served in his current role since 2006.

Former Texas governor and incoming Energy Secretary Rick Perry has yet to even appear before a confirmation hearing, guaranteeing that the Department of Energy will be led by an acting secretary on day one of the Trump administration. An official at the energy department told CNN that Bochenek has been named as the interim acting secretary, adding that she is well positioned to serve in an acting capacity until the new secretary is sworn in. Prior to Energy, Bochenek spent over 25 years with the Department of Defense, where she served as chief technology officer of the US Army’s Materiel Command.

Huerta already has a major job leading the FAA, and will add to his responsibilities beginning January 20. Huerta has held his current role since 2013, and will effectively lead the entire Transportation Department until Trump’s nominee, Elaine Chao, is confirmed. Chao is not expected to face a tough fight in Congress and will play a major role in shaping and implementing Trump’s infrastructure proposal in the coming weeks and months.

CNN’s Brooke Bower and Ross Levitt contributed to this report