Australian Open 2017: Jack Sock - the spin king who loves life on the road

He is seeded at the Australian Open

Tennis players travel the world for 11 months of the year, so they had better feel comfortable with leaving the familiar comforts of home.

Even with the elite making millions, staying at plush hotels and attending snazzy parties, some never, however, adapt to the lifestyle and competing abroad.

As the Australian Open begins Monday, one American with grand slam hopes, Jack Sock, stands out from his countrymen when it comes to proficiency outside the US.

Considering three of the four majors are played away from North America, that’s not a bad thing.

Read: Sharapova to return in Stuttgart

Sock, realistically, is the greatest hope in the near future to end his country’s 14-year men’s singles drought at grand slams.

Ranked 23rd in the world, he might be a long shot at the moment – but he ended 2016 in style, clinching the mixed doubles gold medal at the Rio Olympics with Bethanie Mattek-Sands before winning 11 of his final 15 matches and downing a pair of top-10 colleagues.

This could be the year when the 24-year-old achieves a maiden grand slam quarterfinal – or more.

LEIPZIG, GERMANY - FEBRUARY 06: Angelique Kerber of Germany celebrates victory in her match against Timea Bacsinszky of Switzerland during Day 1 of the 2016 Fed Cup World Group First Round match between Germany and Switzerland at Messe Leipzig on February 6, 2016 in Leipzig, Germany. (Photo by Dennis Grombkowski/Bongarts/Getty Images)
Dennis Grombkowski/Bongarts/Bongarts/Getty Images
video

“I believe and am confident in my game,” Sock told CNN. “Wherever I’m at, if I’m playing well I can put myself into a position to win any tournament, including grand slams.

“My main thing is to keep doing the right things, keep putting myself in position and the results will take care of themselves.”

They did at the end of last season as Sock played in China and Europe.

He upset Wimbledon finalist Milos Raonic and French Open semifinalist Dominic Thiem – two players who would go on to participate at London’s year-end championships – in the fall. Sock posted a 24-14 record outside North America last year.

Sock’s weapon is his forehand, and particularly on the clay. The spin rate on the shot is similar to that of record nine-time French Open winner Rafael Nadal.

When firing, the combination of spin and pace puts opponents on the back foot.

“I think my game is very suited for clay,” said Sock, who claimed a set off Nadal at Roland Garros in 2015. “It brings out my strengths more so than my other surfaces.”

In the spring of last year, Sock turned to a different kind of spin.

Displaying his funnier side, Sock took part in a parody campaign for president, an idea stemming from his French racket manufacturer, Babolat. It came complete with a campaign video and website. 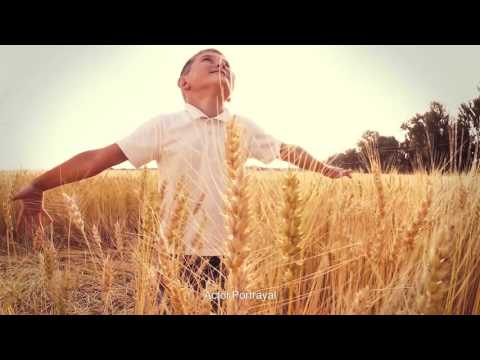 Politics aside, he earned plaudits last year for conceding an ace to Richard Gasquet at the Paris Masters on a close call and telling Lleyton Hewitt to challenge a serve at the Hopman Cup when it was called wide. He did – and the ball was good.

Back on the hard courts, Sock hit what is sure to be one of the shots of the season last week at the Hopman Cup, a between-the-legs effort against pal Nick Kyrgios. The crowd in Perth lapped it up.

John Isner, temporarily fending off Sock as the US No. 1 with a ranking of 19th, was an impressive 19-12 outside North America. But only four of the veteran’s 22 career finals have come outside the US.

Isner has never hid the fact he favors US tournaments, telling reporters at the Western & Southern Open on the outskirts of Cincinnati three years ago: “I prefer Cincinnati, personally, over a tournament like Madrid. For me it’s better. There’s a lot to do here, in my opinion.”

In contrast, three of Sock’s five finals in his young career have taken place in New Zealand and Sweden. And while he also relishes playing at home, homesickness isn’t an issue when it is time to hit the road.

“I’ve always been pretty comfortable traveling no matter the distance,” he said.

“I think I was one of the only guys who didn’t leave the States until I was older so it was a new experience for me. I enjoy playing, I enjoy competing where we are in the world. I have fun.

“Some guys really prefer to play in the States and maybe they don’t get as excited when they go overseas, but I enjoy playing everywhere.”

Andddd off to Australia I go. Can't believe how quick time flies ⏰✈️

Sock will be seeing even more of Europe this year.

He intends on entering clay-court events in Monte Carlo, Barcelona, Madrid and Rome in April and May in the buildup to the French Open and won’t return to the US during a week off between the two Spanish events. He is set to become the first American since Vince Spadea in 2000 to play in three clay-court Masters tournaments plus Barcelona in one season.

Indeed Sock considers clay, commonly associated with Europe and South America, his favorite surface despite compiling a slightly higher winning percentage on hard courts last year (66% to 62%). He won his lone title on clay in Houston in 2015.

Sock resides in his hometown of Kansas City, far from a tennis hotbed.

He tried living in California and Florida but eventually found himself back in Kansas City, partially due to the advice he was given by 17-time grand slam winner Roger Federer at the Paris Masters a few years ago.

“Going on the road and competing and then coming back home, it’s a pretty special thing for me and at the end of the day I think it’s a pretty cool story if I can have a successful career and accomplish the things I want to accomplish being out of my hometown,” Sock said.

“It helped my decision when I talked to Roger, just kind of going back and forth and picking his brain a little bit.

“He said if he was coaching or helping out any young player, he would tell them to stay home 100% just because we’re gone so much and it’s a brutal schedule that you find a way to make it happen where you are from and it’s best if you are around family and friends.