We have so many questions after that horrific shooting in the baggage claim area of Fort Lauderdale’s airport. Why was the suspect, Esteban Santiago, able to get his gun back? It had been confiscated because he told authorities he’d been hearing voices. Is it a good idea to leave firearms and ammunition in checked bags during flights? And are we safe anywhere? Five people’s lives were cut short in the shooting; many of them were in Florida to go on cruises.

Yeah, Russia hacked into our elections, but it didn’t affect the outcome of the presidential race, so what’s the big deal? That seems to be the reaction of Team Trump, after the US intelligence community briefed the president-elect. Trump said he accepted the report’s findings but still said only “stupid” people would think better relations with Russia are a bad thing. Senate Majority Leader Mitch McConnell says Trump’s Russia hopes “will be dashed pretty quickly.”

ISIS may be losing on the battlefields of Syria and Iraq, but the terrorists are still deadly. In Jerusalem, a man who might have been an ISIS sympathizer plowed a truck into a crowd of soldiers, killing four people yesterday. In Baghdad, ISIS suicide bombers hit two crowded markets, killing 16.

Kentucky’s the latest red state to pass tough, new restrictions on abortion. One requires a doctor to perform an ultrasound and show it to the mother before the procedure. The other forbids abortions after 20 weeks of pregnancy - with no exceptions for rape or incest. Republican Gov. Matt Bevin says he’ll sign both.

She didn’t say his name, but Meryl Streep went in on Donald Trump at the Golden Globes. Streep was accepting a lifetime achievement award, but she wasn’t interested in talking about herself. Instead she blasted Trump’s rhetoric and called on the press and Hollywood – the “most vilified segments in American society right now” – to stand up to him. Trump dismissed her comments as just noise from “liberal movie people” and there were cheers and jeers all around.

Streep’s speech got all the attention, but “La La Land” made some noise of its own, grabbing a record seven awards at the Golden Globes.

Not how crushes work

Martin Shkreli, once America’s most despised man, has been temporarily kicked off Twitter, for his creepy advances toward a female journalist.

Have a couple of questions

Norway’s the first country in the world to ditch FM radio, and that makes us wonder, when’s the last time any of us have cruised the FM dial? 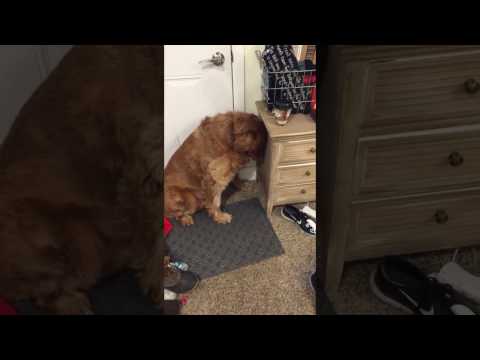 Cooper the golden retriever couldn’t resist tearing through a big bag of treats, but he felt awful about it later. (Click to view)