Why we buy milk, bread and toilet paper when it snows

Editor’s Note: A version of this story ran in January 2015.

Those items are always the first to go when snow threatens

The trend apparently dates to the mid-20th century

Is there something about snowstorms that makes us want to eat French toast and sit on the toilet?

With every predicted blizzard, there’s a mad dash to load up on milk, bread, eggs and toilet paper. But why those particular items?

Sure, there are some variations, including booze, snack foods and even ice cream. Yet these items are the first to disappear from store shelves when the dreaded s-word is mentioned.

According to AccuWeather.com, we might be able to thank a particular region for at least some of it.

“It appears that New Englanders can take credit for the purchasing of milk and bread prior to the storm,” the site reported. “It was the monumental blizzard in 1978 that trapped many in homes for weeks that gets at least some credit for the current tradition.”

In November 2014, Virginia Montanez set out to unravel the mystery for Pittsburgh magazine. What she found was that during one of that city’s worst snowstorms, which began on November 24, 1950, an article in a local newspapers referenced milk as “the one shortage that has hit all sections” and bread as being “doled out in some stores” because of a storm that ultimately brought almost 3 feet of snow.

As for the toilet paper? Montanez had a theory about a reference to folks being advised to cooperate by “buying what they need.”

“I don’t know about you, but when I’m listing the things we NEED, if we’re going to be snowed in for the next few days, toilet paper is damn sure going to be one of them,” she wrote.

It doesn’t appear to make much sense, given that one of the major problems in many storms is the loss of power. And that’s a bad thing when it comes to keeping milk and eggs fresh, though Mother Nature could lend a hand if said items are simply placed in the snow.

What to buy in advance of the big storm

The need to stock up on perishables has led to some creativity. There’s the French Toast Alert System, which according to its site “has been developed in consultation with local and federal emergency officials to help you determine when to panic and rush to the store to buy milk, eggs and bread.”

The site rates storms from low to severe.

In 2013, comedian Vic DiBitetto released a video for his song “Bread & Milk,” in which he poked fun at the tradition. 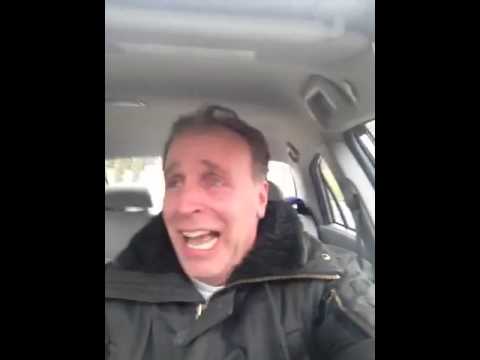 In Toledo, Ohio, WTOL meteorologist Ryan Wichman tweeted a “Bread and Milk Forecast – the only snow forecast you need.”

But in Nashville, WSMV pointed out that the “panic-o-meter” was not yet at “buy milk and bread!” levels.

As @PaulHeggenWSMV says, we are NOT at the "buy milk and bread" level on the Panic-o-meter! pic.twitter.com/1MMB2V8Clw

But that didn’t stop the Twitterverse from reminding us that these items are essential when it comes to bad weather, or as one person noted, “Because your best defense is French Toast.”

@MarkLazerus nashville is busy buying milk and bread in anticipation of the snowcalypse. We can't drive in #snow.

REMEMBER: buy copious amounts of bread, eggs and milk in advance of massive snow fall. Because your best defense is French Toast.