2.5 billion people, nukes and missiles. What could go wrong?

But the country still isn't close to deploying the technology, one analyst says

It’s a frightening prospect, India and China going to war.

The countries are home to 2.5 billion people, a long and sometimes disputed border – which they’ve fought wars over – and each have nuclear weapons.

And India announced last month it successfully tested the Agni-V intercontinental ballistic missile (ICBM), which could theoretically deliver a nuke to Beijing.

Successful test firing of Agni V makes every Indian very proud. It will add tremendous strength to our strategic defence.

But some in China see the test as a provocation. And provocations can make the region less stable, which can lead to hostilities, says Victor Gao, the director of the China National Association of International Studies.

“To contemplate a war, especially involving involving nuclear weapons, against each other is completely ludicrous,” Gao told CNN. “And it’s a misallocation of resources.”

Hua Chunying, a spokeswoman for China’s Foreign Ministry, responded to a question about the missile launch by noting UN Security Council regulations regarding nuclear capable ballistic missiles and stressing that the two countries “are not rivals for competition but partners for cooperation.”

“To contemplate a war, especially involving involving nuclear weapons, against each other is completely ludicrous”

An Indian Foreign Ministry spokesman responded by telling CNN that its “strategic capabilities are not targeted against any particular country,” and that the country abides by its international obligations.

But not everyone shares such a sanguine view of the Sino-Indian relationship.

“Everyone should be interested in and concerned about India’s successful ICBM test, inc(luding) China because it’s within range of this new missile and because it especially of the major Asian countries understands the dangers of nationalism and its volatility,” says Yvonne Chiu, a professor of at Hong Kong University.

India and China both maintain what’s called a “no first use” policy as part of their nuclear doctrine.

The policy means exactly what it sounds like – in the event of a war, the country won’t use nuclear weapons unless they’re attacked by an enemy using nuclear weapons.

But India’s hawkish defense minister, Manohar Parrikar, publicly mused in November whether India should be bound by the “no first use” policy.

“If a written down policy exists, or you take a stand on a nuclear aspect, I think you are truly giving away your strength in nuclear,” Parrikar said. “Why should I bind myself? I should say I’m a responsible nuclear power and I will not use it irresponsibly.” 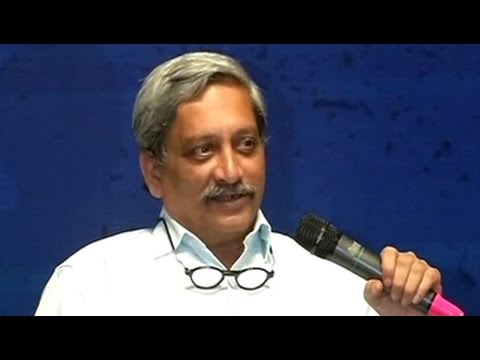 It’s important to note that Parrikar said those were his personal opinions, and that India’s nuclear doctrine was not changing.

And he made those comments in November, after tensions with Pakistan were on the rise due to unrest in Kashmir.

But Parrikar isn’t the only one in India questioning the “no first use” doctrine.

“Nuclear deterrence is a curious thing – it succeeds when it creates doubts in the mind of the adversary state, and doubt is created in the nuclear realm by being precisely ambiguous about your intentions, your capabilities and about the possibilities of its use,” said Bharat Karnad​,​ a professor of national security studies at the Indian Centre for Policy Research.

“We are far too certain about our retaliatory strike certainties. It’s not the kind of certainty you’d like your adversaries to believe, primarily because it undermines your own deterrent posture.”

It could be all smoke and mirrors – what better way to publicly sow doubt about your intentions than to publicly muse about changing them, but in private, stay committed to “no first use.”

But any ambiguity doesn’t look great from China’s position.

What would you do if southern neighbor, which you fought a war against in the 1960s, starts beating nationalist drums and gives mixed messages on whether or not they’ll fire a nuke first in a war?

“In today’s world, to position yourself in terms of a nuclear strike against your neighbor is the wrong policy. And therefore I’m a little bit frightened and disappointed by this kind of high-level of excitement in India about the new ICBM capability,” Gao said.

Indian Prime Minister Modi has made rapprochement a staple of his China policy since he took office.

Modi and Chinese President Xi Jinping met early at the start of the Indian leader’s premiership in 2014. The two sides spoke glowingly of what the countries could accomplish by working together.

Gao, who was Deng Xiapoing’s translator, believes Modi has done a good job engaging with China.

But just because trade and diplomatic ties are strengthened doesn’t preclude India from trying to catch up to China militarily.

“There are long-standing tensions and ongoing disputes between the two countries, and one possible path to better relations is to come at it from a position of relative strength, particularly if the increased strength in question is both a genuine threat (nuclear capability),” Chiu, the professor at HKU, told CNN in an email.

The elephant in the room

Pakistan is the big wild card.

The country, which boasts its own nuclear arsenal, is India’s historic adversary and considered an “all-weather” friend of China.

On the one hand, it offers India an excuse for building up its missile systems that doesn’t involve China, so “both sides can continue relations without the sense one of them has suddenly been put under undue pressure,” Chiu says.

But it’s not clear if China is buying that argument.

Patrick Bratton, an associate professor of national security strategy at the US Army War College, says that contrary to popular beliefs, China, not Pakistan, was the original focus of the Indian nuclear weapons program.

And Pakistan was already in range of India’s nuclear-capable missiles before the Agni-V was developed.

The other big concern is that Pakistan sees the Agni-V development as proof it’s falling behind in an arms race.

“There are multiple audiences for this missile test and multiple possible targets, and I think India’s increased capability will ultimately be more of a concern for Pakistan, since it does not yet have a missile with that range of capacity,” says Chiu.

So by trying to level the playing field with China in terms of nuclear deterrence, India could in effect have spurred Pakistan into the arms race.

“That’s both the logic and illogic of nuclear deterrence,” Chiu says.

Many analysts don’t believe the countries would go to war for a host of reasons, the biggest being that both sides are acutely aware of how destructive it could be.

As far as we know, India does not currently keep its warheads and delivery systems – the missiles and rockets that would be used to launch a nuke at an adversary – in the same location, ready to use at a moment’s notice, Bratton said in an email to CNN.

And though the December missile test of the Agni-V was the fourth successful one, it was only the second time the projectile was launched from a canister.

That likely means India will need to conduct more tests, meaning it could be years before the system is deployed and operational, Bratton said.

“India has been working on developing this capability for a number of decades and it’s no surprise for China,” he said. “This should not be seen as a radical departure in Sino-Indian relations.”

CORRECTION: An earlier version of this story misstated when India and China fought a border war. It was in the 1960s, not the 1970s.

CNN’s Ravi Agrawal and Sugam Pokharel contributed to this report