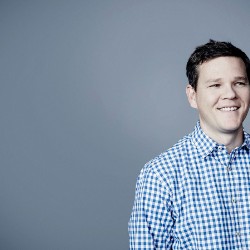 With the finish line in view, President Barack Obama is entering a sprint. He’s scaled up his executive power moves in a bid to solidify some of his legacy items before Donald Trump takes office. Many of his actions won’t be easily reversed. Here’s a look at what Obama’s done since Election Day, and what he’s expected to do in the coming weeks.

Obama action: Obama vowed to respond to Moscow for its cybermeddling in the US election, and officials were eager to put the punishment in place before Trump took office. Similarly, Obama asked his team for a full report on the Russian actions before he left. Those efforts could include new sanctions against six Russian individuals and five Russian entities as well as ordering Russian diplomats to leave the country.

This is the first time the names of Russian officials involved in the hacking have become public on the sanctions list.

Obama also said in a separate statement that 35 Russian diplomats have been ordered to leave the country, and two Russian compounds are being closed under Thursday’s actions.

Trump’s position: Get over it. He told reporters in Florida just before the new year that he thought the country and Republican senators like John McCain who chafed at the Russian meddling should move beyond the allegations.

“I think we ought to get on with our lives. I think computers have complicated our lives very greatly. The whole age of computer has made it where nobody knows exactly what is going on. And we have speed and a lot of things and I’m not kind the security that you need. And I have not spoken with the senators and I will certainly will be over a period of time,” Trump said.

Obama’s action: Last week Obama indefinitely banned drilling in parts of the Arctic and Atlantic Oceans. Unlike previous drilling bans, the move was made using a decades-old law that gives a President the power to limit future land leases. The plan was lambasted by Republicans, but the White House says Trump won’t be able to reverse course without a court battle.

Trump’s position: Trump has not said if he will attempt to undo Obama’s specific actions on drilling, but he has promised to do away with “job-killing” regulations related to the environment and he will be surrounded by voices likely to be frustrated by the move. His picks for secretaries of energy and the EPA have both supported increased drilling. His pick for secretary of state, Rex Tillerson, is leaving his post as CEO of Exxon Mobil, which has drilling interests in the Arctic.

Trump’s position: Wait for January 20, Trump said after Kerry’s speech. He has nominated a hardline pro-settlement attorney to be his ambassador to Israel. “Let’s see what happens after January 20, right? I think you’re going to be very impressed,” Trump told reporters.

Obama’s action: Democrats, with Obama at the helm, made a drive in the final months of this year to register people for health care through the Affordable Care Act’s marketplaces. The effort paid off: 6.4 million Americans signed up, a 400,000-person jump from last year. The White House hopes if more people are enrolled, the harder it will be for Republicans to repeal the law.

Trump’s position: Repeal it. The Republicans controlling Congress and Trump have all vowed to repeal Obamacare. There are some disagreements on how exactly that will occur and how fast it will happen. But undoing all or part of the Affordable Care Act and replacing it will be a major Trump priority.

Obama’s action: On Wednesday Obama created two national monuments in the American West: the Bears Ears area in Utah, and the Golden Butte in Nevada. Both come with controversy; opponents say the action could hamper the economy. But there’s little recourse for Trump to reverse Obama’s action. No president has ever reversed a national monument designation made under the Antiquities Act.

A look at areas Obama has protected

Trump’s position: The Trump team hasn’t issued an opinion on the designations, but Republicans in Congress from Utah and Nevada have made their displeasure clear. Jason Chaffetz, the Utah Congressman, said he’ll try to get Trump to repeal the act.