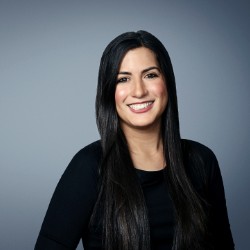 Looks like President-elect Donald Trump will be holding an Inauguration Day Spectacular.

“We’re extremely excited. We’ve had a ton of great performers, entertainers, and just Americans reaching out wanting to be a part [of it]. And I can announce right now on your air that the Radio City Rockettes will be taking part in the inauguration celebration,” he said.

The Rockettes are among high-profile performers booked so far for the inauguration, which has so far failed to attract the kind of star power that came to President Barack Obama’s inaugurations. Some major acts, such as Elton John, have declined to perform at Trump’s ceremony.

Apparently acknowledging the issue, Trump tweeted Thursday night, “The so-called ‘A’ list celebrities are all wanting tixs to the inauguration, but look what they did for Hillary, NOTHING. I want the PEOPLE!”

The so-called "A" list celebrities are all wanting tixs to the inauguration, but look what they did for Hillary, NOTHING. I want the PEOPLE!

Baldwin asked if there are more big entertainment names that he is keeping under wraps.

“The Rockettes are a wonderful group, they’ve been a part of American culture for decades – almost 100 years. They represent many women from around the country and they’re really what’s best about America. So, we’re very excited and honored to have them be a part of the 50th inaugural,” Epshteyn said.

He also confirmed that the Mormon Tabernacle Choir will be performing at the swearing-in ceremony.

Former “America’s Got Talent” contestant Jackie Evancho will be singing the national anthem, Epshteyn said. Evancho also performed for Obama at the lighting of the national Christmas tree in 2010.